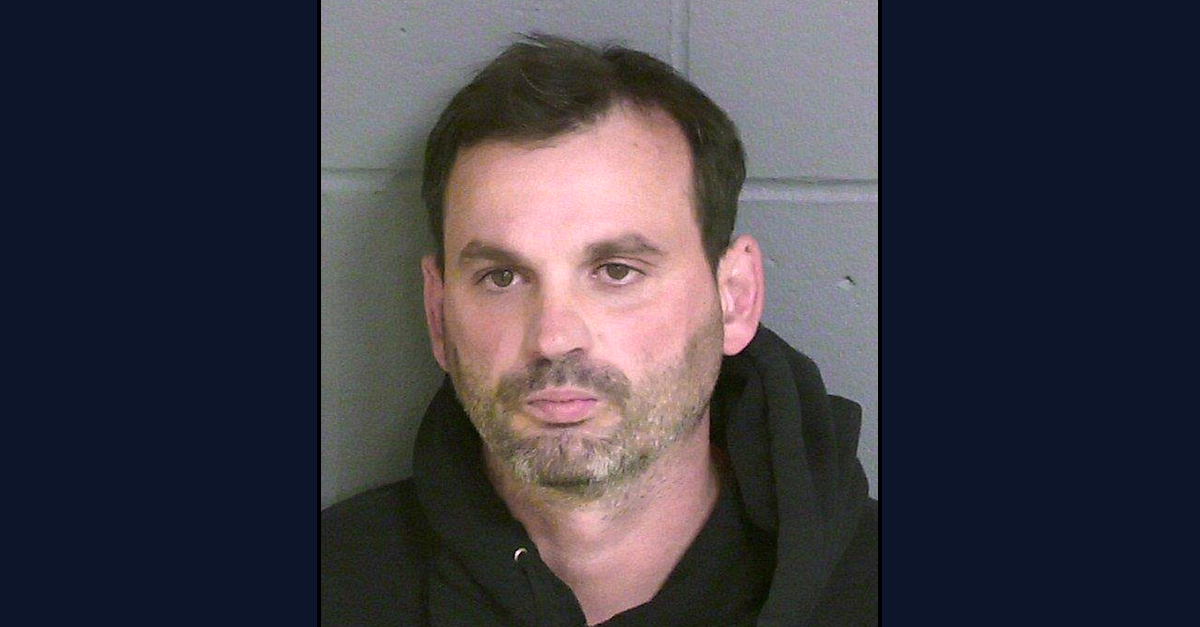 A New Hampshire man will spend nearly five years in a federal prison and must pay more than a quarter-million dollars in restitution for putting razor blades in pizza dough set to be sold on New England grocery store shelves.

According to federal court documents, Nicholas Mitchell, 39, of Dover, N.H., was sentenced to spend 57 months behind bars by Judge Jon D. Levy in the District of Maine. Mitchell was also ordered to pay the Hannaford Bros. Company, a regional supermarket chain with headquarters in the coastal town of Scarborough, near Portland, a total of $229,611.92 in restitution — an amount reportedly calculated by the grocer after it was forced to institute a multi-state recall.

A grand jury indicted Mitchell on two counts of tampering with a consumer product in violation of 18 U.S.C. § 1365(a) back on March 24. He pleaded guilty on June 24.

According to a plea agreement, the crimes as alleged technically left Mitchell open to a possible 10-year sentence. The ultimate 57-month sentence was contemplated as part of the plea deal.

The original indictment alleged that Mitchell placed the blades in the dough on September 11, 2020, and on October 5, 2020. According to the government’s version of the case — a version to which Mitchell agreed pursuant to the plea — Mitchell “was an employee of a Maine company that manufactured pizza doughs that were sold to consumers through a supermarket chain in Maine and other states.”

The facts continued as follows, as per federal court papers:

In approximately June 2020, the Defendant’s employment was terminated.

Three patrons purchased pizza doughs within a couple of hours of the Defendant’s activity at the refrigerator case. When the patrons subsequently opened the pizza dough, they discovered razor blades secreted inside the pizza dough.

When the store learned of the tainted product, store personnel removed the remaining pizza doughs from the refrigerator case. During this process, a store employee discovered another dough with a razor blade in it.

Store personnel looked through surveillance video to see what occurred, and “the only person who handled numerous doughs or remained in the vicinity of the refrigerator case for an extended time on October 5, 2020 was the Defendant,” federal prosecutors wrote.

Citing the aforementioned federal statute at play, court documents alleged that the defendant acted “with reckless disregard for the risk that another person would be placed in danger of death or bodily injury” and proceeded “under circumstances manifesting extreme indifference to such risk.” Mitchell “did tamper with a consumer product that affected interstate and foreign commerce, specifically pizza dough, and with the labeling of and container for such a product by inserting a razor blade into the pizza dough.”

The judge stated that the punishment was designed to serve as a warning.

“This sentence has to send a firm message that anyone who is going to engage in conduct like this will spend a significant time in federal prison, and to send a message of deterrence to Mr. Mitchell that society will not tolerate him blowing up like this,” the judge said during the sentencing hearing, according to the Portland Press-Herald.

The newspaper noted that no one was injured.

“I think it’s very important to clarify here that my intentions were never to harm anybody, only to disrupt my former employer’s bottom line,” Mitchell reportedly said before he was carted off to serve his period of incarceration.

Mitchell’s attorney said it’s unlikely his client will ever be able to pay back the money owed.

“As he tries to pay the rent, as he tries to reintegrate into society, as he tries to have transportation to get to work, every single paycheck an amount is going to be taken out,” federal public defender David Beneman said. “So this is something that will never end, even after incarceration.”

The newspaper noted that Mitchell’s life spiraled out of control after a fight with his girlfriend.  The fight led to a domestic violence charge, which in turn forced him out of the apartment.  Mitchell lived out of a hotel room and then out of his car, the newspaper indicated; “he soon was fired from his job for repeated tardiness” at It’ll Be Pizza in Scarborough.

Citing an Associated Press synopsis of the case, a newspaper in New Hampshire said that the defendant was suspected of tampering with products at two other Hannaford stores besides the one in Saco, Maine.  Those other stores were in Sanford, Maine, and Dover, N.H., Foster’s Daily Democrat reported.