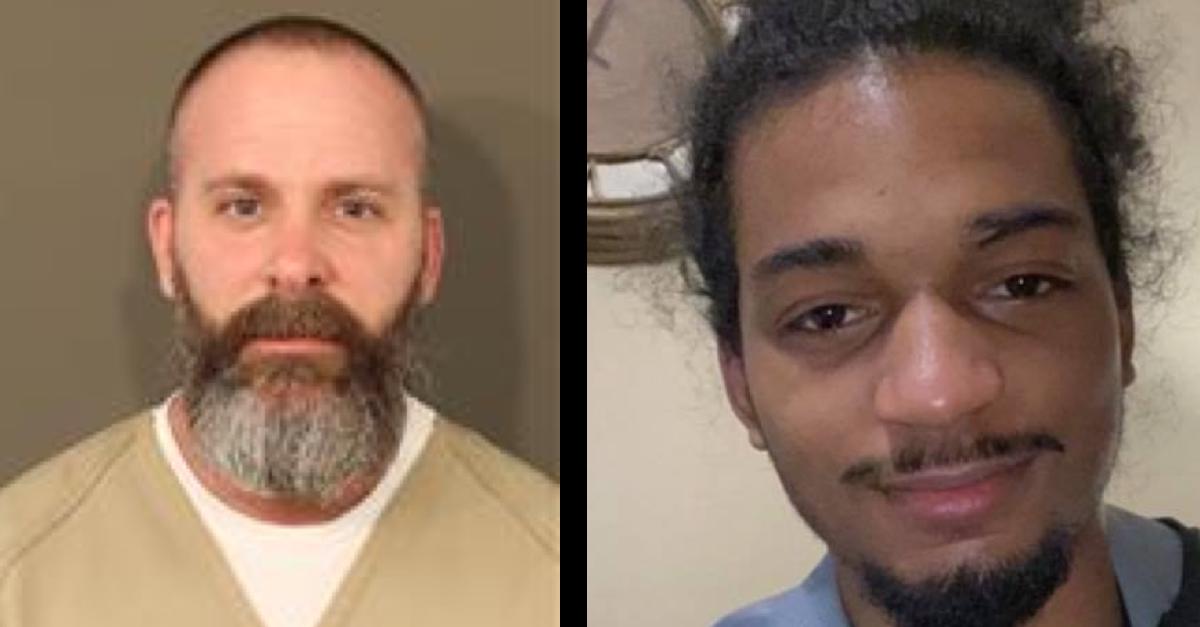 A former Ohio sheriff’s deputy has been charged with murdering Casey Goodson Jr., who died in the doorway of his home after being shot multiple times in the back. Jason Meade is charged with two counts of murder and one count of reckless homicide in Goodson’s death, according to an indictment released Thursday.

To coincide with the criminal case, members of Goodson’s family predictably and concomitantly filed a civil lawsuit on Thursday; it alleges civil rights violations and wrongful death.

The indictment came from special prosecutor H. Tim Merkle, who along with attorney Gary Shroyer was appointed because the county prosecutor’s office is expected to defend the county and its sheriff’s office in pending civil litigation related to the shooting.

Meade, a 17-year veteran of the sheriff’s office, was part of a U.S. Marshal’s fugitive task force at the time of the shooting. According to local ABC affiliate WSYX, Franklin County Sheriff’s task force officers are not issued body cameras.

Law enforcement wasn’t even looking for Goodson when the incident occurred.  According to a statement about the case from the Columbus Police Department, which was called to investigate the matter, Meade “reported witnessing a man with a gun” and decided to confront him.

“[T]here are reports of a verbal exchange,” the statement continued. “The deputy fired,” and a “gun was recovered from Mr. Goodson.”

“Mr. Goodson was not the person being sought by the US Marshal’s Task Force,” the Columbus Police statement added.

What precisely drew Meade’s attention to Goodson remains contested.  According to a statement provided by Meade’s attorney, Meade had seen Goodson waving a gun “erratically” and had verbally told Goodson to stop multiple times before opening fire. Goodson’s family countered that the victim had just returned home from the dentist’s office and had only a bag of Subway sandwiches, a mask, and his keys.

An autopsy report revealed Goodson had been shot twice in the mid back — in both sides of his back — and in his buttocks. He died in front of multiple family members, including two children.

Franklin County Sheriff Dallas Baldwin issued a statement on Twitter Thursday which said his officers are expected to meet a “higher standard” in order to earn the trust and ensure the safety of the community.

“After the grand jury indictment today, I’ve reminded my staff that while everyone is presumed innocent until proven guilty, the standards for being a Franklin County Sheriff’s Deputy must be even higher than that of our criminal justice system,” Baldwin’s post said. “As law enforcement officers we must meet this higher standard because of the immense trust we ask the community to place in us. It’s vital to maintain that trust, which is why I’ve tasked members of my staff to review the facts from the independent investigation when we’re able to fully access them and determine how this agency can best learn from this tragedy.”

Meade’s attorney defended his client’s version of events and said that Meade “acted within his lawful duties as an officer” when he pursued Goodson, according to a statement shared by WSYX.

“First and foremost, this indictment did not take us by surprise,” attorney Mark Collins said in a statement. “What we all need to remember is just like Casey Goodson’s family has demanded justice, so does Jason Meade and his family. We intend to litigate this case in a matter to ensure that all stones are turned over and Jason gets the process he’s due.”

According to the Goodson estate lawsuit, Meade is a man with a history of violence who uses religion to justify his actions.

“Jason Meade believes that his religion supports his right to throw the first punch,” the lawsuit says. He also said that the emotions he receives from using force are “contagious,” according to the complaint.

A representative for Franklin County told Law&Crime that they can’t comment on the specifics of pending or ongoing litigation.

“In terms of the indictment and charges against former deputy Meade, we appreciate the patience of the Goodson family as the criminal case moves to the next stage, and look forward to a full, fair, and transparent process,” public information officer Robin Ross told Law&Crime in an email.

You can read Meade’s indictment and the Goodson estate’s lawsuit against both Meade and Franklin County below.