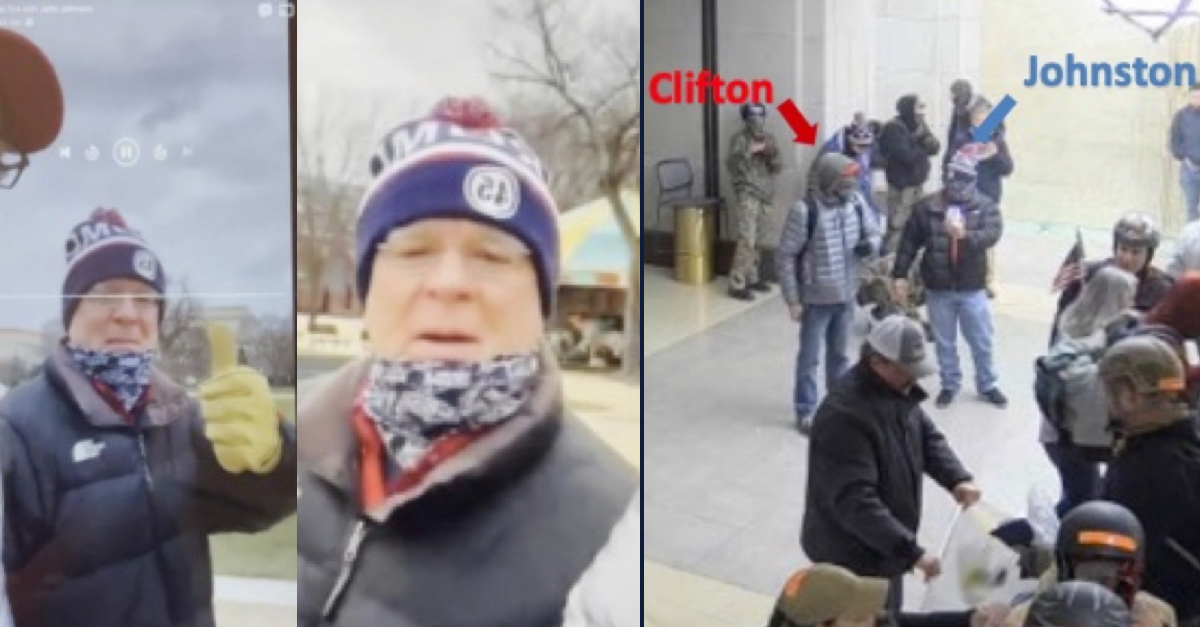 A South Carolina lawyer who was fired from his job after being charged with storming the U.S. Capitol on Jan. 6 has pleaded guilty to a misdemeanor.

David Charles Johnston, 66, appeared before Chief U.S. District Judge Beryl Howell on Friday and admitted to entering the Capitol building despite knowing he didn’t have permission to be there. He pleaded guilty to parading, demonstrating, or picketing in a Capitol building, a misdemeanor punishable by up to six months in jail, five years of probation, and a fine of up to $5,000.

The statement of offense, which outlines the facts that form the basis of Johnston’s guilty plea, indicates that Johnson traveled from Charleston to Washington to attend then-President Donald Trump‘s so-called “Stop the Steal” Rally. He then joined the crowd of Trump supporters in a march to the Capitol building, ultimately entering through the Senate Wing Door at around 2:23 p.m., around 10 minutes after other rioters had violently breached the building.

The rush of protestors into the building forced Congress to stop its certification of Joe Biden’s 2020 electoral win, and lawmakers and Capitol staffers were forced to either evacuate or shelter in place for hours.

According to prosecutors, Johnston was seen on security footage entering the Capitol Crypt and the Visitor’s Center before eventually exiting the building.

“Were you inside the Capitol building for approximately 30 minutes?” the judge asked.

“Yes, Your Honor, I think I was,” Johnston replied.

“You think you were?” Howell pressed.

“Thirty minutes seems like a reasonable time frame for how long I was in the building, Your Honor,” Johnston responded.

Johnston, whose legal practice had involved representing people injured in motorcycle crashes, also agreed to pay $500 in restitution toward the estimated $2.7 million in damage to the Capitol building.

As Law&Crime previously reported, Johnston told a local newspaper that he had been fired from his job right after his arrest.

“George Sink, P.A., injury lawyers, fired me before I was out of the courthouse,” he said through his attorney at the time after his initial court appearance in May.

South Carolina State Bar records show that Johnston is currently considered to be in “not good standing” due to an “interim suspension.” According to an order issued by the Supreme Court of South Carolina on May 24, 2022, Johnston consented to an order of interim suspension “until further order of this Court.” It was not immediately clear what impact Johnston’s misdemeanor conviction would have on his license.

At Friday’s hearing, Howell, a Barack Obama appointee, noted that she has not come to a decision as to whether she is legally permitted to issue a split sentence of both jail and probation; prosecutors have argued that such a sentence is permissible under federal sentencing law, and while some of her colleagues on the bench taken that same position, defense attorneys — and some of her fellow judges — have disagreed.

Johnston is scheduled to be sentenced on Dec. 16.

Read the statement of offense here: