Pa. Man Accused in Jan. 6 Attack on Cop Who Suffered a Concussion Demands Medical Treatment for a Condition Deemed Not Urgent by Jail Doctor 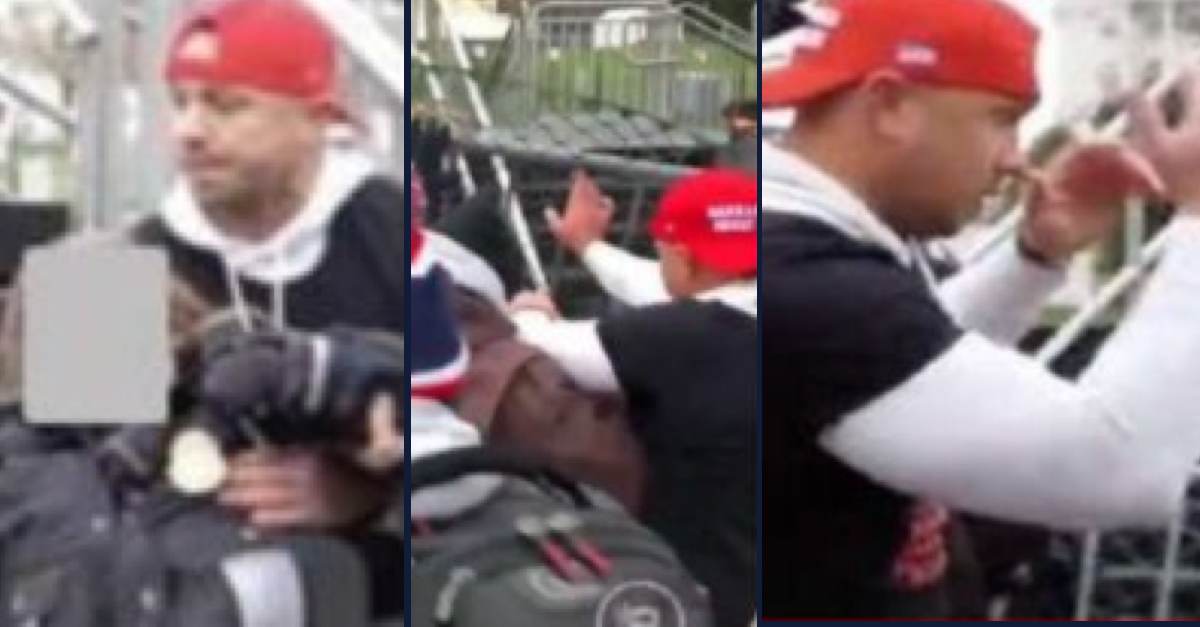 The Pennsylvania man accused of assaulting a cop on Capitol grounds on Jan. 6 and causing her to sustain a concussion is demanding medical treatment while in pretrial detention, despite a jail doctor’s conclusion that the man’s condition isn’t urgent.

Ryan Samsel is accused of joining a group of Donald Trump supporters who worked together to overturn a police barricade by pulling and pushing it back and forth. That effort eventually knocked a police officer to the ground, causing her to hit her head and resulting in a concussion.

Samsel has been in detention since his arrest in January 2021. According to medical records, he suffers from a host of medical problems, including blood clots causing circulation issues in his arms and a condition called gynecomastia, or overdevelopment of breast tissue in men.

These medical issues, along with allegations he suffered injuries while in detention, formed the basis of his latest request for pretrial release. U.S. District Judge Jia Cobb has resisted those requests, largely based on Samsel’s criminal history.

“There are nine prior convictions, and in each of the cases I saw, almost all had an assaultive component,” Cobb, a Joe Biden appointee, said at a hearing Thursday. “There was also evidence that with some of these arrests, many occurred when Mr. Samsel was on other periods of probation or parole.”

Cobb said that Samsel’s record was concerning enough that she doubted whether he would comply with the conditions of any supervised release.

However, at Thursday’s detention hearing—a continuation of a Tuesday hearing that featured unsanctioned comments from unseen observers—Cobb did say that she wants Samsel to get the treatment he needs.

“If he has a severe problem, and the recommendation would be to go to one of these [medical research facilities], I’m not prepared to say, ‘Well, this can wait,'” she said. “That would not make me comfortable.”

Much of the hearing focused around testimony from Dr. Andrew Edinger, the clinical director of the United States Penitentiary in Lewisburg, Pennsylvania. While his initial examination of Samsel led him to conclude that Samsel couldn’t receive proper treatment at Lewisburg, he changed his mind after reading Samsel’s medical records, which he didn’t have when he first examined him.

“He led me to believe that his was a progression that had only occurred since he was arrested,” Edinger said. However, once he reviewed Samsel’s medical records, he discovered that Samsel’s problems date back to at least 2012.

“This has been going on a whole lot longer than he described,” Edinger said of Samsel.

Edinger also said Samsel’s condition appears to be “breast development due to hormonal stimulation,” possibly from the use of steroids.

“I don’t believe this is an acute problem,” Edinger said, adding that medical conditions considered “acute” are addressed within three months, and anything beyond that is considered a chronic problem. “His condition has existed a lot longer than that and it has not progressed,” he said.

However, Edinger said that Samsel’s condition is “severe” nonetheless, and that he should receive treatment at some point.

“If you look at the entire history of the case, there’s something going on in the background here,” Woodward said. He noted that Edinger answered questions about Samsel’s blood clots “very carefully,” and said that it was “interesting” that there was no mentioned of additional blood clot-related issues in a secondary report. Woodward’s meaning was clear: someone was hiding something.

“I think it’s important to live in the universe of facts,” Rochlin said. “What counsel describes is speculation about a kind of conspiracy and things happening behind the scenes. Counsel was drawing inferences that suit his argument, but these are not facts.”

In the end, Cobb said that she wasn’t comfortable delaying Samsel’s treatment and wanted him to be reviewed by specialists at a research hospital. She also said that she didn’t need to order his release in order to do this, and ordered the lawyers to work together and set up a workable plan for Samsel to receive treatment.

Toward the end of the hearing, Samsel indicated a newfound empathy for people suffering from the second-leading cause of cancer deaths in women in the United States.

“I have respect for women with breast cancer, honestly, because the feeling of this is very uncomfortable,” Samsel said of his gynecomastia.