Michigan Man Who Had ‘Absolutely No Remorse’ After Storming the Capitol on Jan. 6 Convicted of Felony, Misdemeanors 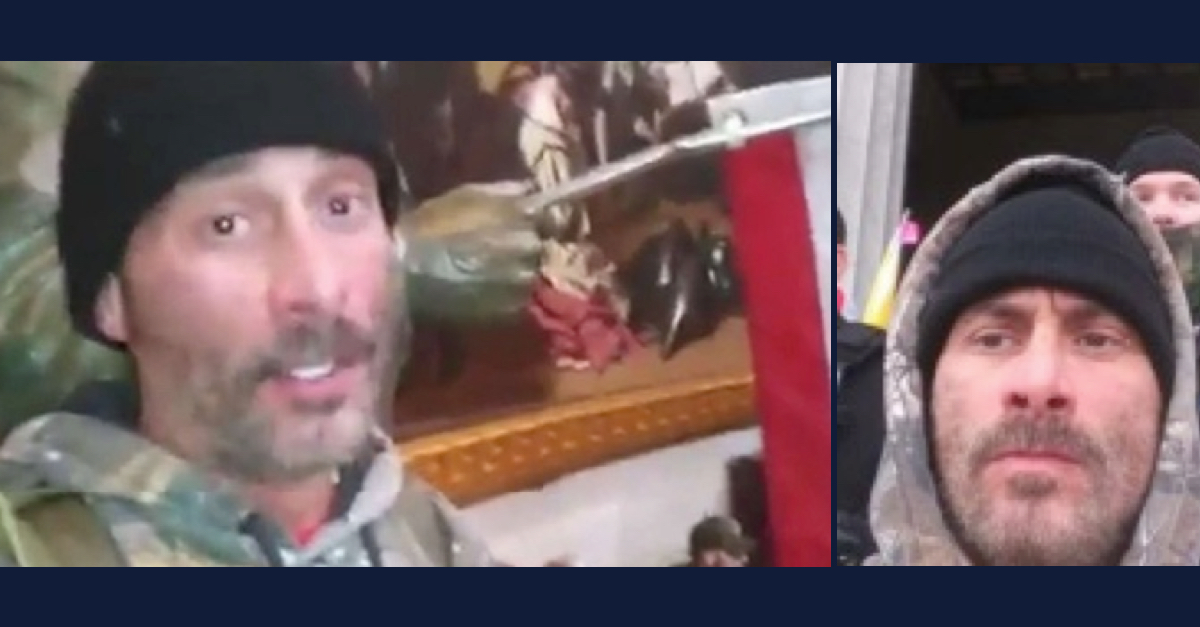 A Michigan man who said he has “absolutely no remorse” for storming the Capitol on Jan. 6 has been convicted of felony obstruction and four misdemeanors.

A jury convicted Anthony Robert Williams, 47, of all charges late Thursday afternoon following a four-day trial before Chief U.S. District Judge Beryl Howell. Williams was accused of obstructing an official proceeding of Congress, a felony, and misdemeanors related to trespassing on Capitol or restricted grounds and disorderly conduct.

According to prosecutors, Williams signaled his intention to go to Washington, D.C. in an effort to stop Congress from certifying Joe Biden‘s win in the 2020 presidential election on Jan. 6.

He posted multiple statements on social media and said he intended to travel to Washington to “storm the swamp.” He posted other messages using hashtags such as #HOLDTHELINE and #NORETREATNOSURRENDER.

Williams approached the Capitol by repurposing bike racks that were being used as barriers in order to get on to the Northwest stairs. He was part of a wave of rioters that entered the Capitol through the Senate Wing doors at 2:18 p.m., moments after rioters first breached the building. He eventually made his way to the Rotunda and was seen close to the front of the line of officers when rioters broke through, according to the DOJ.

Like so many other Jan. 6 defendants done in by their own recordings, Williams took videos of himself while he was illegally inside the Capitol building on Jan. 6.

He filmed himself making statements such as “desperate times, desperate measures,” prosecutors said, and resisted law enforcement efforts to push the mob out of the area. He was ultimately one of the final rioters to be forced out, having spent about an hour in the Capitol building.

In the days that followed, Williams pride in his participation in the riot appears to have swelled: prosecutors said that on Jan. 9, 2021, Williams posted on Facebook that Jan. 6 was the “proudest day of my life.”

“[F]elt like the founding fathers [sic] were smiling down on us in that room, and [I] guarantee my dad and gramps, both vets, would be proud,” he allegedly posted.

Even after he was arrested in March of 2021, Williams bragged about his role in the deadly riot.

“I was in the Capitol and have absolutely no remorse of fear in saying or doing it,” he wrote on Facebook in April 2021, according to prosecutors.

Williams now faces up to 20 years in prison on the obstruction of Congress charge and up to a combined three years in jail on the misdemeanor charges.

On June 20, Williams had made a last-minute play to delay his trial until after September, citing the hearings held by the House Committee investigating the Jan. 6 attack. The committee had held three hearings at that point and featured testimony in support of the committee’s theory that Donald Trump was directly responsible for instigating the violent mob.

“The hearings so far have disclosed new evidence related to January 6 and in a manner
likely to affect the public,” Williams’ attorney Benton Martin, a federal public defender, wrote in a motion filed on June 20, 2022. Williams argued that the publicity surrounding the hearings — the first of which was watched by some 20 million people — would be prejudicial to him.

“The hearings affect Mr. Williams’s ability to secure an unbiased jury, in any jurisdiction, given the high viewership of the hearings and their proximity in time to the trial,” Martin wrote.

Martin, on behalf of Williams, also pointed out that U.S. District Judge Timothy Kelly had agreed to delay the trial of several members of the right-wing Proud Boys extremist group, including Enrique Tarrio, until after the hearings, and that Williams was entitled to the same deference.

“Although the Committee Hearings are garnering public attention and appear to be continuing an investigation into the events of January 6 writ large, this is not sufficient reason, at the eleventh hour, to delay this defendant’s trial,” Howell wrote.

Howell, a Barack Obama appointee, acknowledged that prosecutors in the D.C. district have indicated that the House committee has materials currently not available to prosecutors, but there wasn’t evidence that it would affect Williams’ case.

“[D]efendant offers no reason other than bald speculation to believe that such Committee materials will bear in a material way on the evidence to be presented at trial concerning this defendant’s offense conduct,” Howell wrote.

Howell had previously denied Williams’ request to travel to Jamaica in January of 2022 to meet the family of a woman with whom he had been in a relationship for “more than a year.”

“Although such a meeting may be an important step in defendant’s personal relationship, defendant surrendered his entitlement to unfettered international travel when, also ‘more than a year’ ago, on December 30, 2020, he allegedly announced his intent to ‘Storm the Swamp,’ and one week later, on January 6, 2021, followed through by joining a mob at the Capitol that, in his words, ‘took [that] fucking building,’ an event he allegedly viewed as the ‘proudest day of [his] life,'” wrote Howell at the time. “This Court will not commemorate the one-year anniversary of this attack on the Capitol by granting defendant’s request for non-essential foreign travel when he is awaiting judgment for his actions on that day.”

Sentencing is set for Sept. 16. Williams will remain out of custody on his own recognizance, according to the docket.