Georgia Republican Releases Audio of Alleged Threats Against Him After What He Calls Reconnaissance ‘Smears’ by Jan. 6 Committee 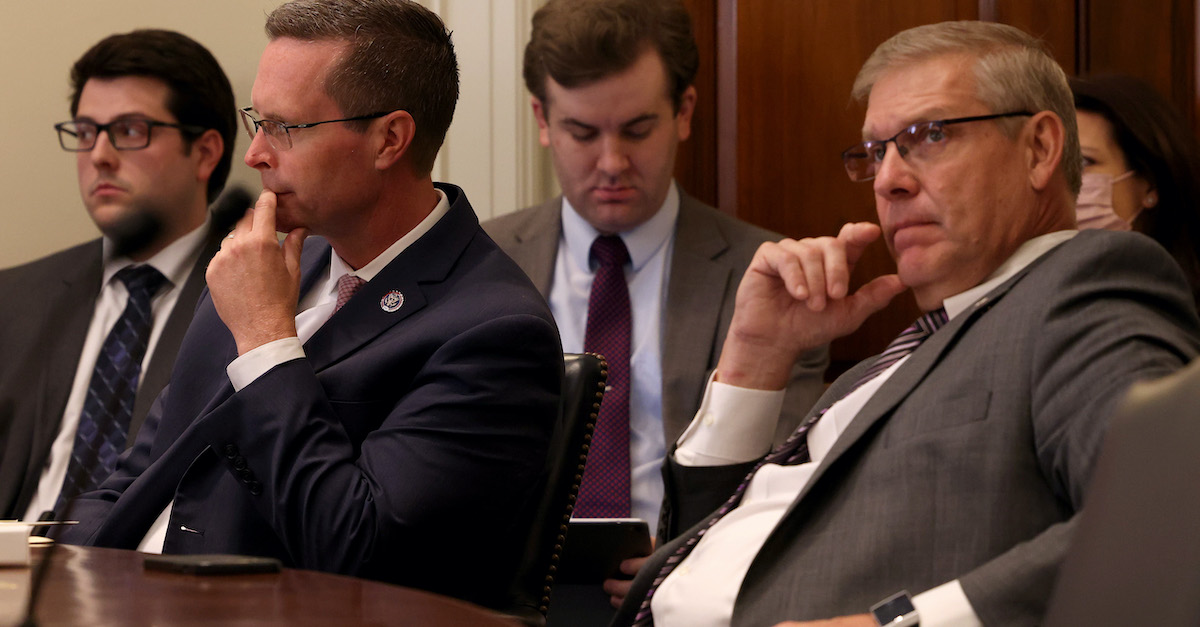 Rep. Barry Loudermilk (R-Ga.) released audio of apparent death threats against him after the Jan. 6 Committee circulated what he described as “smears” suggesting that he led a reconnaissance tour for constituents the day before the attack on the U.S. Capitol.

“Hey, insurrectionists don’t have a long life span,” one of the callers can be heard saying.

Another expresses the hope that Loudermilk gets “dragged before a military tribunal” and shot to death by a Marine firing squad, says another.

Those are among the more decorous of the profane, threatening, and as-yet-unidentified messages released by Loudermilk’s office on Thursday, the day after the Jan. 6th Committee released surveillance footage of the tour he gave constituents on Jan. 5, 2021.

At least officially, the Capitol was closed on that day, but Loudermilk led a tour around at least three of the office buildings in the complex. The Capitol Police emphasized that surveillance footage never captured the group entering the main building, and their police chief Thomas Manger said they found nothing “suspicious” about the tour.

The Jan. 6 Committee remained unconvinced, pointing out inconsistencies in Loudermilk’s story, seemingly odd behavior by the tour group, and chilling remarks by one of the participants on the day of the siege. The tour went through the Rayburn, Longworth, and Cannon House Office Buildings, all three of which appeared on the list of “targeted” buildings in a document “1776 Returns” received by the leader of the Proud Boys before Jan. 6.

Police say that the group started with 12 people and them somehow grew to 15.

Some members of the group, the committee noted, chose unusual times to take photographs. 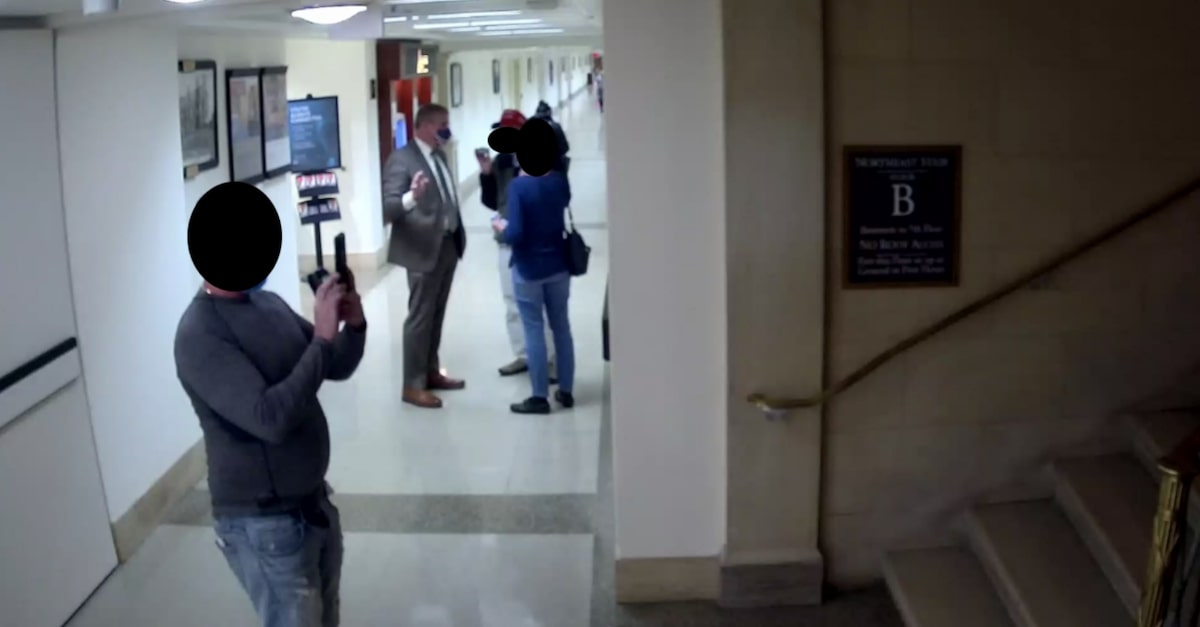 In this photo, a person appears to photograph a staircase in the basement of the Longworth House Office Building, while Rep. Loudermilk chats with others on the tour, according to the Jan. 6 Committee.

“Individuals on the tour photographed and recorded areas of the complex not typically of interest to tourists, including hallways, staircases, and security checkpoints,” Committee Chair Bennie Thompson (D-Miss.) wrote in a three-page letter on Thursday.

The next day, the committee said, one of the participants in the tour taped himself threatening Democratic leaders—House Speaker Nancy Pelosi of California, Senate Majority Leader Chuck Schumer of New York, and House Judiciary Committee Chair Jerry Nadler of New York—on his march from the Ellipse to the U.S. Capitol.

“There’s no escape Pelosi, Schumer, Nadler,” the man could be heard on tape. “We’re coming for you.”

“They got it surrounded,” he continued to bellow. “It’s all the way up there on the hill, and it’s all the way around, and they’re coming in, coming in like white on rice for Pelosi, Nadler, even you, AOC. We’re coming to take you out and pull you out by your hairs.”

The Committee did not explicitly accuse Loudermilk of leading a reconnaissance tour, simply requesting his voluntary cooperation with their investigation—twice.

Though the committee suggested that Loudermilk’s actions led to threats against Democratic leaders, Loudermilk portrayed himself as the victim.

“The select committee’s irresponsible actions of releasing information to the press, instead of dealing directly with me, not only shows their lack of interest in pursuing the truth, but also has real and serious consequences,” Loudermilk said in a press release disclosing the audio. “These are just a few of the threats that I, my family, and my staff have received since the committee made their baseless allegation, in the media, several weeks ago.”

Audio indicates one of the callers unfavorably compared Loudermilk to the 9/11 attackers, calling the Georgia Republican a “traitor.” As the gruesome message continues, the man appears to say that Loudermilk should have a shank in his throat and that his secretary who picks up his phones deserves to beaten “just like Gaddafi was,” referring to the late Libyan despot who was beaten by rebels and sodomized with a bayonet after being shot to death.

The U.S. Attorney’s Office for the District of Columbia declined to comment on Law&Crime’s press inquiry as to whether any participants on Loudermilk’s tour—or anyone who may have threatened the Georgia Republican—are under investigation.