‘I Can’t Call Them Idiots’: Jacob Chansley’s Mom Wanted Her Son to Hold Out for Trump’s Reinstatement and Pardon, Lawyer Claims 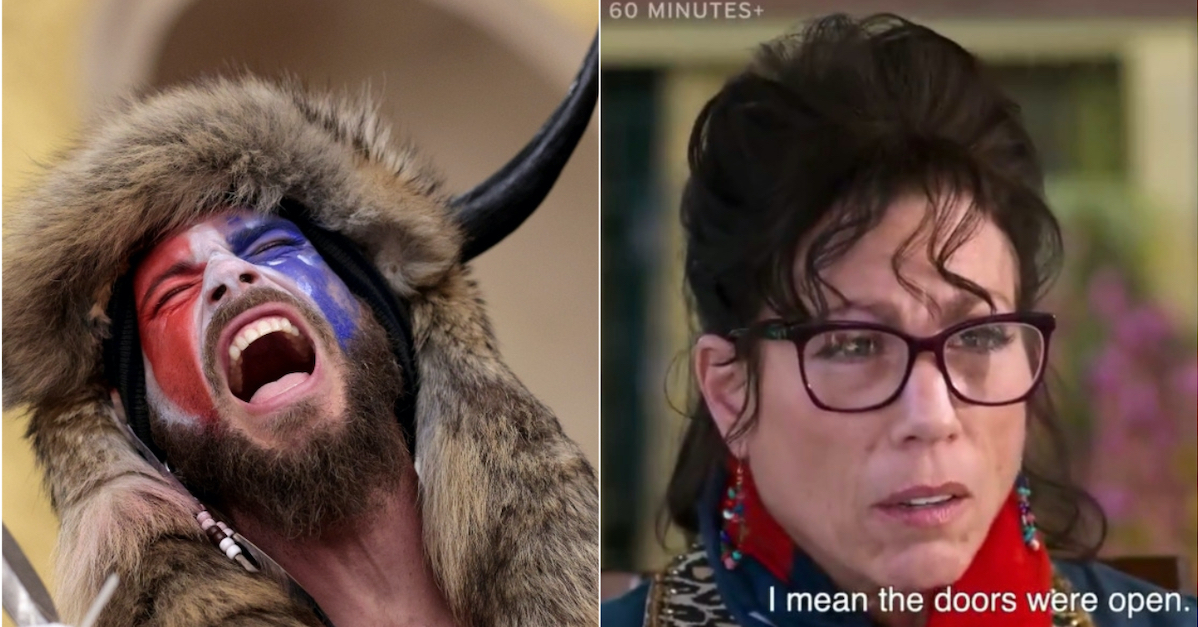 Just hours after Jacob Chansley pleaded guilty to obstructing congressional certification on Jan. 6, his lawyer claimed at a press conference that the Viking-hat-costumed, newfound felon resisted “familial pressure” in arriving at that outcome.

“We have a large number of people in this in this country to this day that truly believe that the former President Trump will be president again very soon,” Watkins noted at a conference held hours after a federal judge accepted his client’s guilty plea to a felony.

“I can’t call them idiots,” the flamboyant St. Louis-based attorney added, referring to those who — allegedly, like his client’s mother — believe in Trump’s imminent return to the Oval Office. 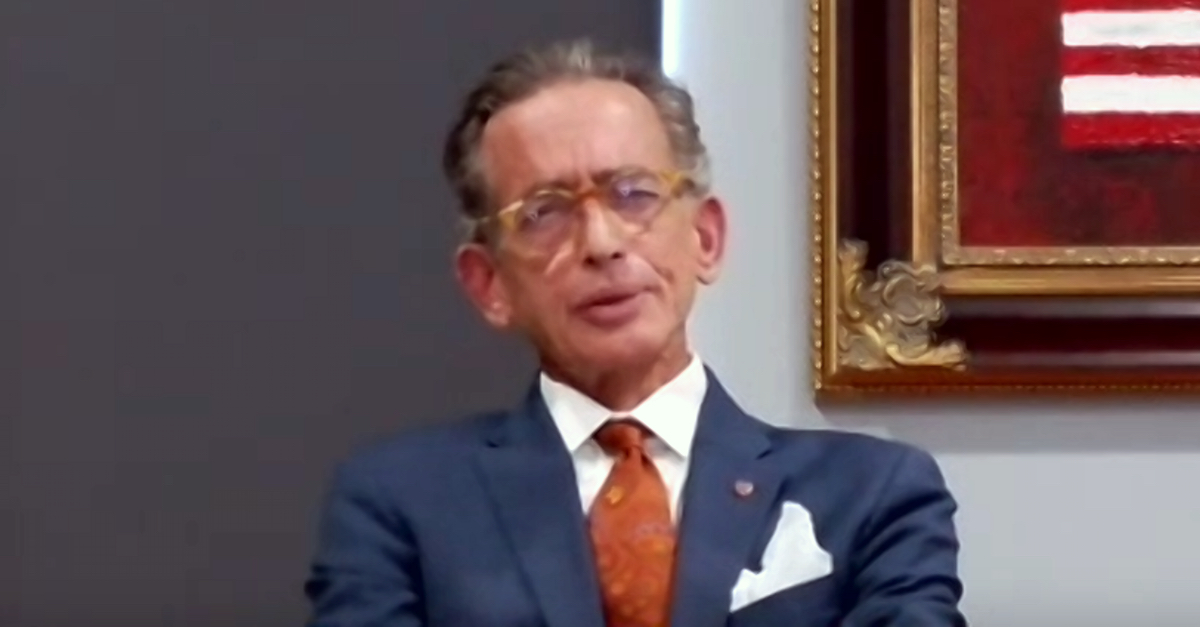 “Jake’s mother is one of the most beautiful, caring, loving, hardworking women you’ll ever meet,” he added.

Known for his outrageous proclamations, Watkins praised his client’s supposed fortitude in resisting the delusions of the fellow conspiracy theorists in his family tree.

The lawyer’s claim stacks up among another indications that the apple does not fall far from the tree in the Chansley clan. Both mother and son appeared in a 60 Minutes+ interview panned by a federal judge as a “media publicity stunt,” which backfired enough to extend the son’s pre-trial incarceration.

During that interview, Martha Chansley memorably claimed “the doors were open” when her son entered the U.S. Capitol building, an assertion demolished by video released by the court.

In keeping her son behind bars, Senior U.S. District Judge Royce Lamberth found the mother’s remarks did her offspring no favors.

“The Court is not persuaded that defendant’s mother will ensure his compliance with any conditions of release imposed, and defendant identifies no other custodian,” Lamberth wrote in March.

At the time, Watkins asked the court to release his client to her. He defended his pleas for pre-trial release and other maneuvers during the freewheeling press conference.

In the court of public opinion, Watkins had characterized his client—and other Jan. 6 defendants more broadly—as “short-bus people,” “on the spectrum,” and “retards.” Acknowledging the remarks were “vulgar,” he claimed the shock-and-awe tactic worked.

Because of those remarks, he said: “I was able to garner for my client, a mental health care that he needed for immediate assistance.”

Pivoting to mental health advocacy in whiplash inducing speed, Watkins told reporters: “There is one thing that we can all rally around, and that is the fact that mental health is very important.”

“Mental health should not be something that is a Scarlet Letter,” Watkins said, referring to the Nathaniel Hawthorne classic. “Rather, owning it and addressing and being compassionate for others who have it should be our badge of honor.”

Watkins claims Chansley’s mental health deteriorated because he spent a portion of his pre-trial detention in solitary confinement, exacerbating his client’s preexisting vulnerabilities.

“For somebody with a psychosis or personality disorder, or bipolarity issue, such as my client, that one day is torture, pure torture,” the lawyer asserted.

Though criminal justice advocates increasingly acknowledge that solitary confinement to be a form of torture, the United Nations categorizes it as such only for “prolonged” isolation more than 15 days.

Under the terms of his plea agreement, Chansley’s sentencing range has been calculated between 41 and 51 months in prison. Judge Lamberth can impose a sentence higher or lower than that range, subject to a 20-year maximum.

Despite Watkins repeatedly describing his client as peaceful, Jacob Chansley is quoted celebrating the destruction wrought on Jan. 6, in a signed statement of his offense.

“The fact that we had a bunch of our traitors in office hunker down, put on their gas masks and retreat into their underground bunker, I consider that a win,” Chansley told NBC News.

Prosecutors noted Chansley’s actions “halted the normal functioning of the Congress” in disrupting the certification, the crime of his conviction.

Read Chansley’s statement of offense below:

(Photo of Jacob Chansley by Win McNamee/Getty Images; Screenshot of his mother from 60 Minutes+)