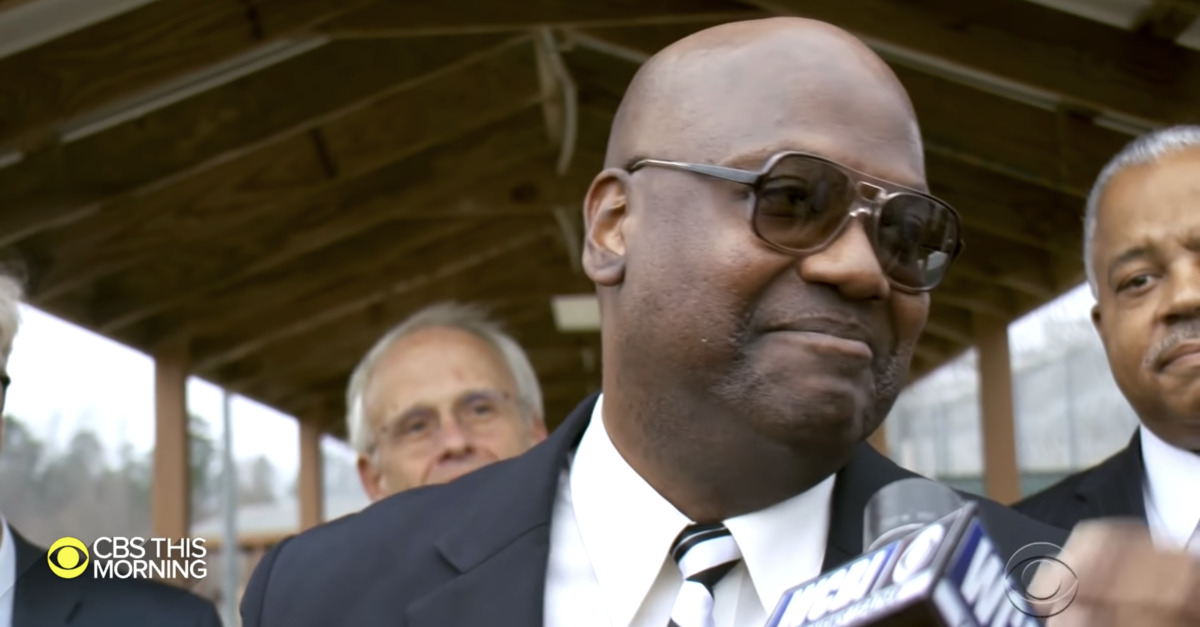 A longtime Mississippi district attorney is being sued in federal court for the wrongful prosecution of recently exonerated Curtis Flowers.

On Friday, the Mississippi Center for Justice and attorneys with Hogan Lovells filed a lawsuit against District Attorney Doug Evans alleging various violations of the U.S. and Mississippi state constitutions.

“Curtis Flowers is a Black man who spent over two decades—nearly half his life— on death row in Mississippi for crimes he did not commit,” the lawsuit notes. “He was tried six times for the 1996 murders of four people in a furniture store in Winona, Mississippi. District Attorney Doug Evans prosecuted all six trials. None of the trials resulted in a legally valid conviction.”

Four of those murder trials resulted in convictions and death sentences, the lawsuit notes. Each time, however, the convictions were vacated due to prosecutorial misconduct.

“The state’s relentless, determined effort to rid the jury of black individuals strongly suggests that the state wanted to try Flowers before a jury with as few black jurors as possible, and ideally before an all-white jury,” Supreme Court Justice Brett Kavanaugh wrote in an opinion overturning the fourth and final conviction during the summer of 2019. “The trial judge was aware of the history.”

“The state’s actions in the first four trials necessarily inform our assessment of the state’s intent going into Flowers’ sixth trial,” Kavanaugh continued in the 7-2 ruling. “We cannot ignore that history. We cannot take that history out of the case.”

History quickly vindicated Flowers after the Supreme Court went his way. In response to a motion to recuse filed during the pre-trial stage of a potential seventh trial, Evans (who oversees prosecutions in seven Mississippi counties) withdrew from the case.

Mississippi Attorney General Lynn Fitch (R) was appointed to take the controversial prosecutor‘s place. After performing an “independent review of the evidence,” Fitch’s office moved to dismiss the charges against Flowers with prejudice “in the interests of justice.” That decision was memorialized by the trial court almost one year ago to the day, on Sept. 4, 2020.

Ultimately, Flowers spent 23 years in a prison for a crime he didn’t commit.

“Curtis Flowers never should have been charged,” Mississippi Center for Justice attorney Rob McDuff said in a press release. “The murders were clearly the work of professional criminals. Curtis Flowers was 26 years old with no criminal record and nothing in his history to suggest he would commit a crime like this. The prosecution was tainted throughout by racial discrimination and repeated misconduct. This lawsuit seeks accountability for that misconduct.”

“Curtis Flowers can never get back the twenty-three years of his life that he spent in prison when he should have been home with his family and friends,” added Kaitlyn Golden of Hogan Lovells. “The law allows innocent people to file lawsuits seeking to hold state officials accountable for misconduct leading to wrongful imprisonment. With this case, we hope to do just that, and to seek some redress for Curtis Flowers for the horrors he endured over more than two decades behind bars.”

In addition to Evans, the 28-page complaint also lists John Johnson, Wayne Miller and Jack Matthews as named defendants–investigators who worked on the various cases against Flowers under the aegis of the Tardy Furniture murders.

According to the lawsuit, the investigators and Evans pressured witnesses into implicating Flowers while ignoring other suspects.

“The prosecution was instituted for illegitimate reasons as demonstrated by the concentrated campaign by Evans, Johnson, Matthews, and Miller to fabricate and coerce witness testimony implicating Mr. Flowers, avoid any meaningful investigation of alternative suspects, and prevent Black people from serving on the juries,” the lawsuit argues. “Upon information and belief, Defendants pursued and prosecuted Mr. Flowers to quell pressure to make an arrest for the Tardy Furniture murders and protect their jobs and reputations, and then stuck with their story for 23 years.”

The lawsuit seeks unspecified compensatory damages, attorneys’ fees and costs from the defendants–with the potential damages amounts to be determined by a jury.

[image via screengrab/CBS This Morning]