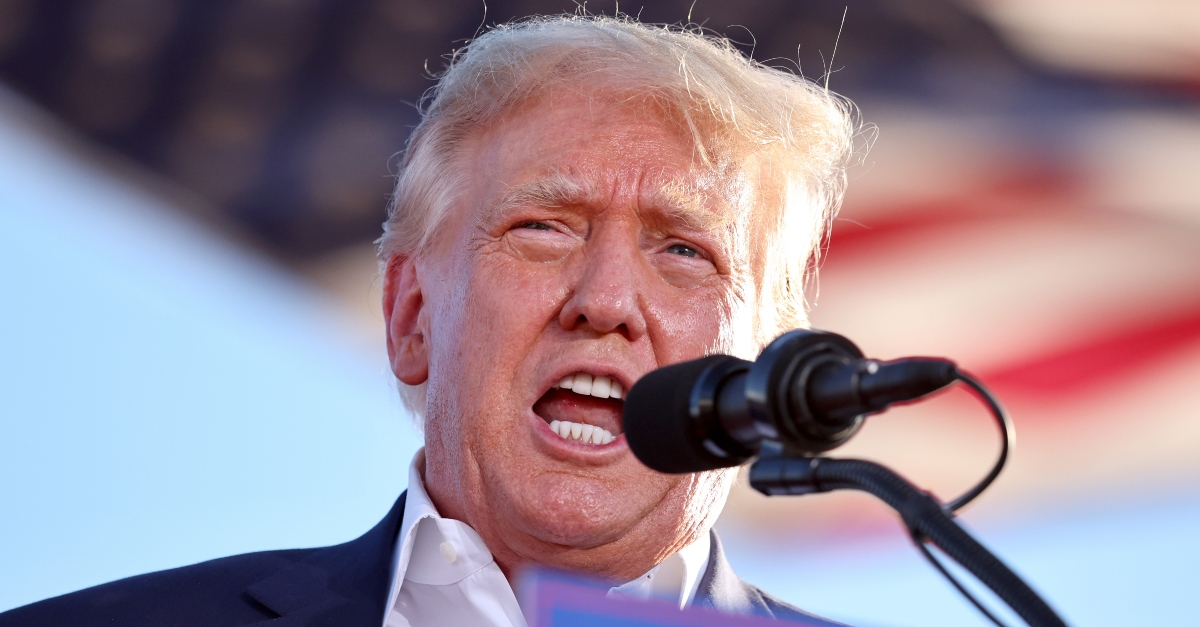 “I am pleased that Donald Trump has withdrawn both of his pending actions against my office,” James said in a statement. “As we have shown all along, we have a legitimate legal case against him and his organization, and we cannot be bullied or dissuaded from pursuing it.”

This is the second reversal by Trump’s legal team since a federal judge in Florida issued a brutal sanctions order on his pattern of filing “frivolous” and “vexatious” litigation.

Part of that order panned Trump’s attempt to end run the New York AG’s investigation and litigation through the federal judiciary.

“I found that Plaintiff’s attempt to sidestep rulings by the New York courts by suing AG James individually rather than in her official capacity was plainly frivolous,” U.S. District Judge Donald M. Middlebrooks wrote on Jan. 20. “I found there was no likelihood of success on the merits, no irreparable harm, and to ‘impede a civil Enforcement Action by the New York Attorney General would be unprecedented and contrary to the interests of the people of New York.’ […] I urged Mr. Trump and his lawyers to reconsider their opposition to AG James’s Motion to Dismiss because ‘[t]his litigation has all the telltale signs of being both vexatious and frivolous.’”

The appeal at issue had hoped to reverse a Northern District of New York judge’s ruling dismissing Trump’s collateral attack on James’s investigation into the Trump Organization, which ultimately led to the filing of a $250 million civil lawsuit.

Trump had claimed the investigation was politically motivated, an allegation rejected by both the trial judge, New York Supreme Court Justice Arthur Engoron, and multiple federal judges whose intervention the former president sought.

“After carefully considering the record, including the fact that the subpoena enforcement proceeding has a legitimate factual predicate, concerns an investigation that Justice Engoron has found to be lawful, and has resulted in several orders in Defendant’s favor, and the fact that there is no evidence before this Court that it was conducted in a manner that is harassing or in bad faith, the Court finds that Plaintiffs have failed to demonstrate that the narrow bad faith exception applies,” U.S. District Judge Brenda Sannes found in May 2022.

In the immediate wake of that ruling, the attorney general’s office panned what she described as delay tactics from Trump’s legal team.

“The Trump Organization has continually sought to delay our investigation into its business dealings and now Donald Trump and his namesake company have filed a lawsuit as an attempted collateral attack on that investigation,” James said at the time. “To be clear, neither Mr. Trump nor the Trump Organization get to dictate if and where they will answer for their actions. Our investigation will continue undeterred because no one is above the law, not even someone with the name Trump.”

Much has changed since the time of Sannes’ ruling. For James, the investigation phase is now over, and the litigation has begun. The September 2022 lawsuit seeks to “permanently” bar both Trump and his children from ever serving again as a director or officer in any New York corporation.

The stipulation for voluntary dismissal, signed by Trump’s attorney Alina Habba, withdraws the appeal “with prejudice,” meaning that it never will be refiled.

Update—Jan. 24 at 1:55 p.m. ET: This story has been updated with more information about the breaking development.

Read the withdrawal order below: