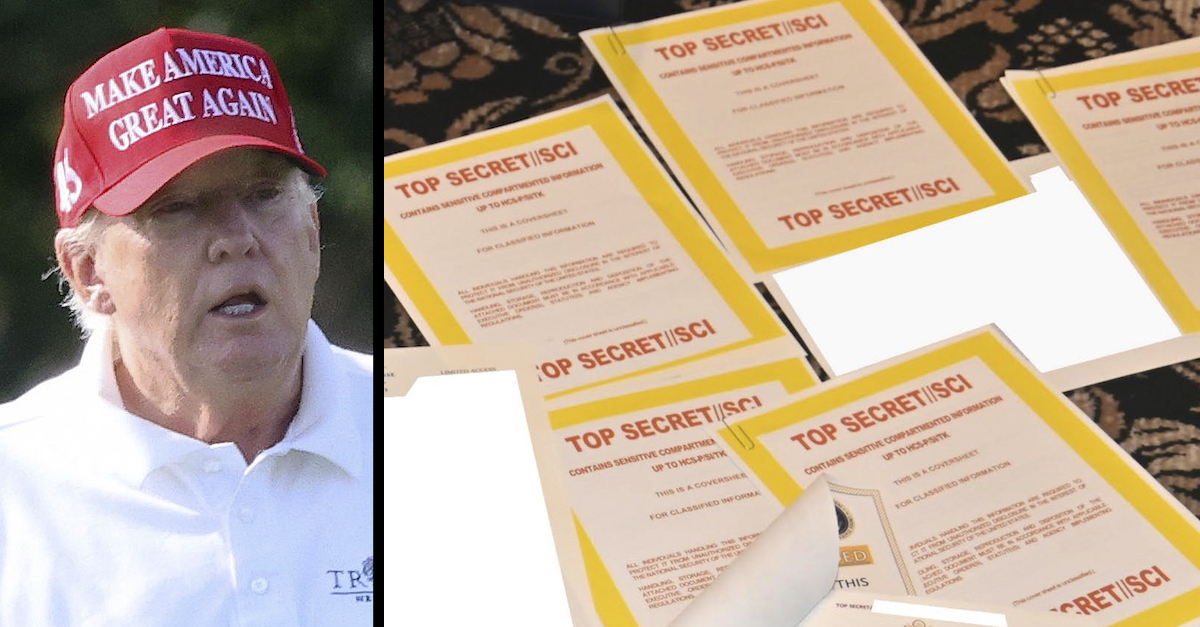 Former President Donald Trump’s attorneys asked the special master presiding over his Mar-a-Lago document review not to hear privately from the National Archives, an agency that he’s long vilified for supposed political bias.

After the FBI searched his Mar-a-Lago home pursuant to a court authorized warrant, Trump went on the attack against the National Archives and Records Administration, which is typically seen as a bureaucracy of librarians, not a hotbed of partisanship. Trump sought to upend that image in a statement from his political action committee, Save America, which released a statement branding it “Radical Left-controlled.”

Trump’s attorney James Trusty continued that messaging in a Sept. 20th hearing in which he called NARA “highly politicized.” Trusty also repeated a claim, rated “Half True” by Politifact, that the National Archives placed warning labels on the U.S. Constitution and other founding documents. (NARA’s content warnings are on every page of the website, Politifact noted.)

Senior U.S. District Judge Raymond Dearie pushed back at Trusty’s rehtoric at that September hearing, saying at the time: “I think you’re painting them with a broad brush there.”

That turmoil bubbled up earlier this month, when Dearie released a scheduling order that included an ex parte meeting with NARA, meaning that the huddle with the agency would be private.

On Friday, Trusty urged Dearie to reconsider those plans.

“Generally, judicial officers are expected to refrain from relying on information that was obtained through their own independent factual research and conducted outside the presence of parties to the litigation,” the Trump attorney wrote in a four-page letter. “Although judicial officers are not expected to remain completely insulated from factual information that is available outside the four walls of a courtroom, they must ‘observe proper limitations on judicial research.'”

Trusty called for Dearie to open up the conversation to the other parties.

“With these principles in mind, [Trump] respectfully contends that the Special Master should avoid engaging in an ex parte contact or otherwise conducting private interviews in this matter,” the letter states. “Further, as noted during the initial Status Conference, [Trump] has deep concerns regarding the political bias of NARA leadership. Accordingly, we must object to any contact with NARA that does not allow for the full participation of the parties.”

Judge Dearie has scheduled an upcoming status conference on Dec. 1, and Trump’s lawyers suggested that a NARA representative could appear at those proceedings.

“This would ensure that the record includes all information developed in such testimony, and it would also allow the parties to ask questions of the representative, akin to a deposition,” the letter continues. “[Trump]’s proposed procedure would appropriately balance the Special Master’s need for information with the parties’ interest in testing the reliability and accuracy of that information.”

“NARA securely moved these records to temporary facilities that NARA leased from the General Services Administration (GSA), near the locations of the future Presidential Libraries that former Presidents built for NARA,” the agency wrote in a statement. “All such temporary facilities met strict archival and security standards, and have been managed and staffed exclusively by NARA employees. Reports that indicate or imply that those Presidential records were in the possession of the former Presidents or their representatives, after they left office, or that the records were housed in substandard conditions, are false and misleading.”