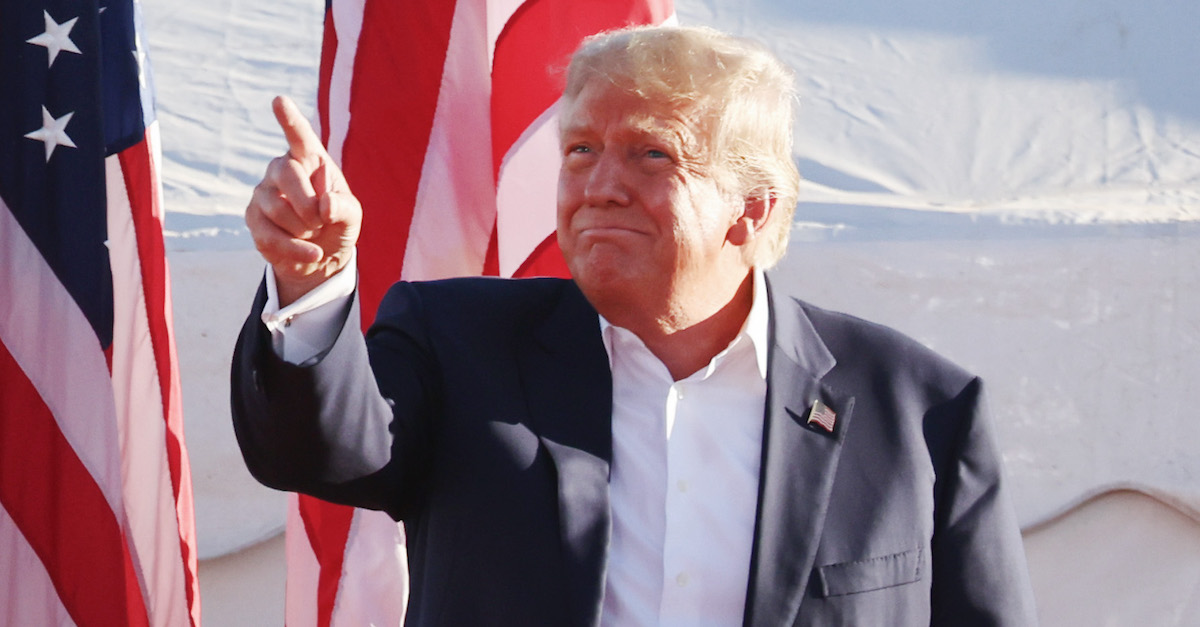 Former President Donald Trump moved to appeal of a judge’s ruling that would put his business empire under the watchful eye of a court-appointed monitor.

“The preliminary injunction imposed by the court is overly broad, overreaching, and unenforceable on its face,” Trump’s attorney Alina Habba wrote in a statement. “We trust that the Appellate Division will reign [sic] in the Attorney General’s unbridled desire to exert control over the Trump Organization.”

The culmination of a years-long investigation, the lawsuit alleges that the Trump, his family and his business unlawfully inflated and deflated assets to obtain tax benefits. She asked for a court-appointed monitor, claiming that the Trump Organization has “continued those same fraudulent practices” that made her investigate and sue in the first place.

“This essentially freezes a major portion of FPOTUS’s assets, other than the transactions in the ordinary course of business,” Epner noted. “Justice Engoron based his ruling on defendants’ ‘demonstrated propensity for committing fraud.'”

Among the conduct prohibited by the injunction, the Trump Organization could not sell any assets listed on the 2021 Statement of Financial Condition without giving 14 days notice to the attorney general and the court.

“At this moment, AG James is on a bigger winning streak than LeBron James,” Epner added.

In a hearing last week, Trump’s attorney Chris Kise — a former solicitor general of Florida and ally to that state’s Gov. Ron DeSantis (R) — emphasized that the complexity of the transactions would make monitoring unwieldy.

“These agreements are a foot thick,” Kise said, also emphasizing the sophistication of the other parties to these transactions, like the German lender Deutsche Bank.

“We’re not talking about individuals walking around the streets of Manhattan,” Kise told the judge at last week’s hearing. “We’re talking about sophisticated counter-parties.”

Engoron was unmoved by the argument that the sophistication of those transactions — and their size — was a reason to adopt a laissez-faire approach, rather than ratchet up oversight.

“Notably, New York City is the epicenterof global finance,” Engoron wrote. “To take an example close to home, Deutsche Bank, headquartered in Germany, lent hundreds of millions of dollars to a New York real estate conglomerate that owns properties all over the world. New Yorkers derive enormous economic and other benefits from all the money coursing through the veins of Wall Street and real estate. Our executive, legislative, and judicial institutions are obligated to ensure that financial transactions are conducted truthfully, not fraudulently.”