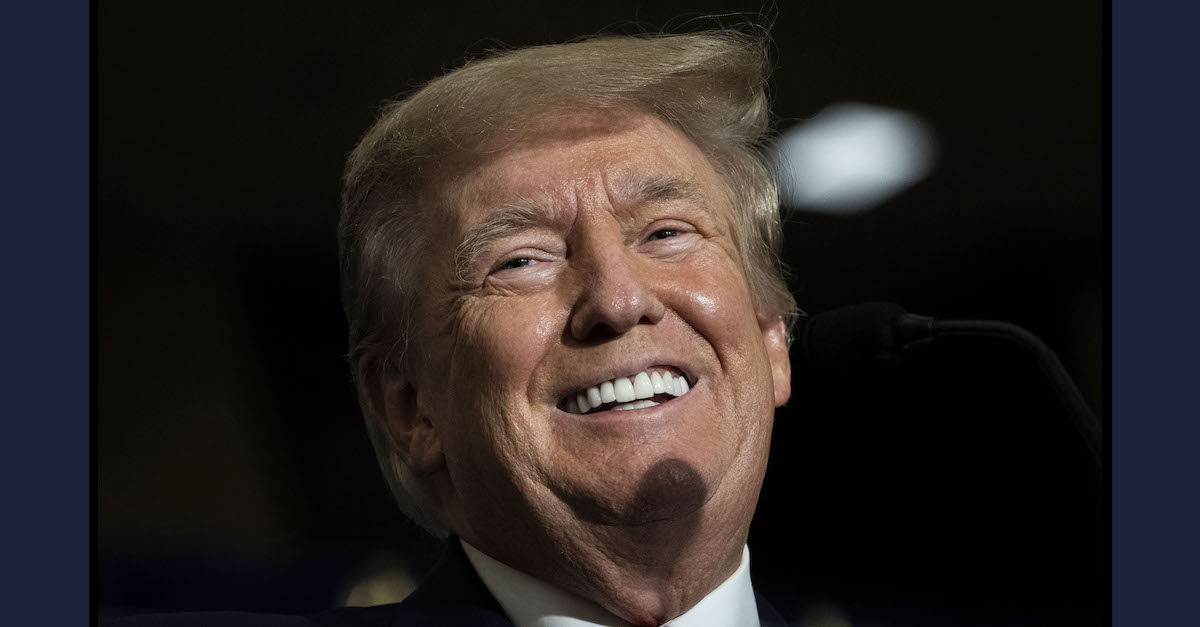 A federal judge overseeing a dispute over documents the FBI seized from Donald Trump’s Mar-a-Lago home and resort has partially rejected a special master’s plan for a review of the material, including one that would have forced the former president to prove suggestions agents planted documents.

U.S. District Judge Aileen M. Cannon, a Trump appointee, on Thursday afternoon ruled that a plan by Special Master Raymond Dearie cannot require Trump’s attorneys to immediately attest to the validity of a revised list of items the FBI says it seized from the former president’s palatial Palm Beach, Florida compound. That instruction would have forced Trump’s attorneys to put on record, and provide evidence for, what the former president claimed on Fox News — that the FBI may have planted incriminating documents. The U.S. Department of Justice has asserted that more than 100 documents seized there were classified, as high as “Top Secret” and above.

Cannon explained her order appointing Dearie by referring to the U.S. Department of Justice as the “Defendant.” he case is styled as Trump v. U.S.

Cannon noted that her order appointing Dearie authorized the latter to “[v]erif[y] that the property identified in the ‘Detailed Property Inventory’ represents the full and accurate extent of the property seized from the premises on August 8, 2022, including, if deemed appropriate, by obtaining sworn affidavits from Department of Justice personnel.”

“The Court’s Order imposed no additional requirements on the parties regarding the Detailed Property Inventory,” Cannon noted.

“Following the Court’s Order, the Plan directed Defendant, on or before September 26, 2022, to supply ‘a declaration or affidavit as to whether the Detailed Property Inventory represents the full and accurate extent of the property seized from the premises” on August 8, 2022,'” Cannon continued. “The Defendant since has complied with that requirement by filing a Notice of Filing of Redacted Affidavit.”

Here, Cannon said, is where Dearie went wrong (the “Plaintiff,” naturally, is Trump):

Trump asserted on Sean Hannity’s Sept. 21, 2022 FOX News broadcast that the FBI may have planted some of the material at Mar-a-Lago in a charade to blame him for what was found.  Though that assertion has never appeared on the court record in the case, Dearie’s plan may have been an attempt to assuage that claim.  Cannon was unwilling to allow Dearie to force Trump’s team to take any position on the matter at this stage.

Trump also asserted on Hannity’s program that he could declassify material merely by thinking about it.  Several national security attorneys laughed at that thought.

In her Thursday order, Cannon then indicated that she wished to keep Dearie, who is also a Senior U.S. District Judge in another district, on something akin to a short leash:

Upon review of the matter, the Court determines as follows. There shall be no separate requirement on Plaintiff at this stage, prior to the review of any of the Seized Materials, to lodge ex ante final objections to the accuracy of Defendant’s Inventory, its descriptions, or its contents. The Court’s Appointment Order did not contemplate that obligation; Defendant since has complied with the requirement to attest to its now-revised inventory; and the parties and the Special Master now are situated to proceed forward with the review process pending exchange of the actual materials. Should any additional matters surface during the Special Master’s review process that require reconsideration of the Inventory or the need to object to its contents, the parties shall make those matters known to the Special Master for appropriate resolution and recommendation to this Court.

Cannon then ordered the following timeline in the matter: the parties must select a document review vendor by Oct. 5, 2022, to “host the Seized Materials in electronic form.”

By Oct. 13, 2022, the defendant (government) must make the material (“except the materials already identified by the Privilege Review Team as potentially privileged attorney-client materials”) available to Trump’s lawyers with page numbers and a spreadsheet explaining the box or container from which it was seized.

“The Privilege Review Team has provided to Plaintiff’s counsel and the Special Master the documents already designated as potentially privileged (the ‘Filter Materials’), as well as a list of those materials with short descriptions and Bates ranges,” Cannon indicated.

By the next day, Oct. 14, 2022, the “defendant” (government) must certify on the record that the above is complete.

Trump’s attorneys then have 21 “calendar days” to provide the Special Master and the government “with one comprehensive, annotated copy of the spreadsheet described above that specifies, for each document, whether Plaintiff asserts” the following privileges:

Those assertions must be on a “document-by-document basis.”

The order does not expressly state which calendar day falls 21 days after Oct. 14, but the relevant date is Nov. 4, 2022, or one day after the midterm elections.

By referencing the Presidential Records Act, Cannon agreed with Trump’s lawyers that the issue involves that statute rather than the Espionage Act, which is the statute the DOJ has incessantly referenced in prior filings. The DOJ has said the matter is a criminal probe; Trump’s attorneys have suggested it is a document dispute involving the National Archives and Records Administration.

“For any document that Plaintiff designates as privileged and/or personal, Plaintiff shall include a statement adequately explaining the precise basis for the designation, including, as relevant to any possible assertions of executive privilege, a sufficient description of the rationale and scope of the assertion from which to evaluate the merits of the assertion,” Canon said while explaining the burden on Trump’s side of the equation moving forward.

A conference must occur to settle any disagreements, and a subsequent report detailing any remaining disputes must be filed ten days later, or on Nov. 14, 2022.

“Upon receiving the parties’ list of disputes, the Special Master will issue report(s) and recommendations resolving such disputes,” Cannon ordered.

Cannon then addressed the so-called “filter materials,” or items that the DOJ and FBI themselves were supposed to segregate from the team of people who are examining whether or not a crime was committed:

Cannon also ripped up one of Dearie’s suggestions that the hand-offs be done on a rolling basis:

The Plan also recommended that Plaintiff’s review and assertions of privilege be completed on a rolling basis. To avoid confusion and enhance organization and clear deadlines, and in light of the Order Following Partial Stay removing the previously imposed prioritization requirement as to certain materials, the Court determines that submission by Plaintiff to Defendant of one final comprehensive log is bettered suited to manage the process and resolve any disputes.

Given this week’s assertion by Trump’s attorneys that the material contains not just 11,000 documents but 200,000 individual pages, Cannon said Dearie’s final report can be submitted on Dec. 16, 2022, rather than her previously contemplated Nov. 30, 2022 deadline.

Once that is done, and one Cannon has given the yea or nay to Dearie’s recommendations, Dearie must consider Trump’s Rule 41(g) motion for the return of the property.

Mitch Epner, a former federal prosecutor who is now in private practice, reacted to Cannon’s order in this fashion when sought for comment by Law&Crime:

Judge Cannon’s latest order is likely not reversible, but it is a complete abdication of her role as a neutral arbiter.  By this order, she delays the entire process, reverses her own prior order that FPOTUS provide a rolling production of privilege objections, makes it extraordinarily difficult for the Special Master to comprehend the ambit of FPOTUS’s executive privilege objections, and virtually guarantees that this process will bleed over into 2023.

Cannon’s full order is embedded below: