When Can Cops Can Enter Private Homes without Warrants? SCOTUS Justices Seemed Annoyed That They Were Being Asked to Decide 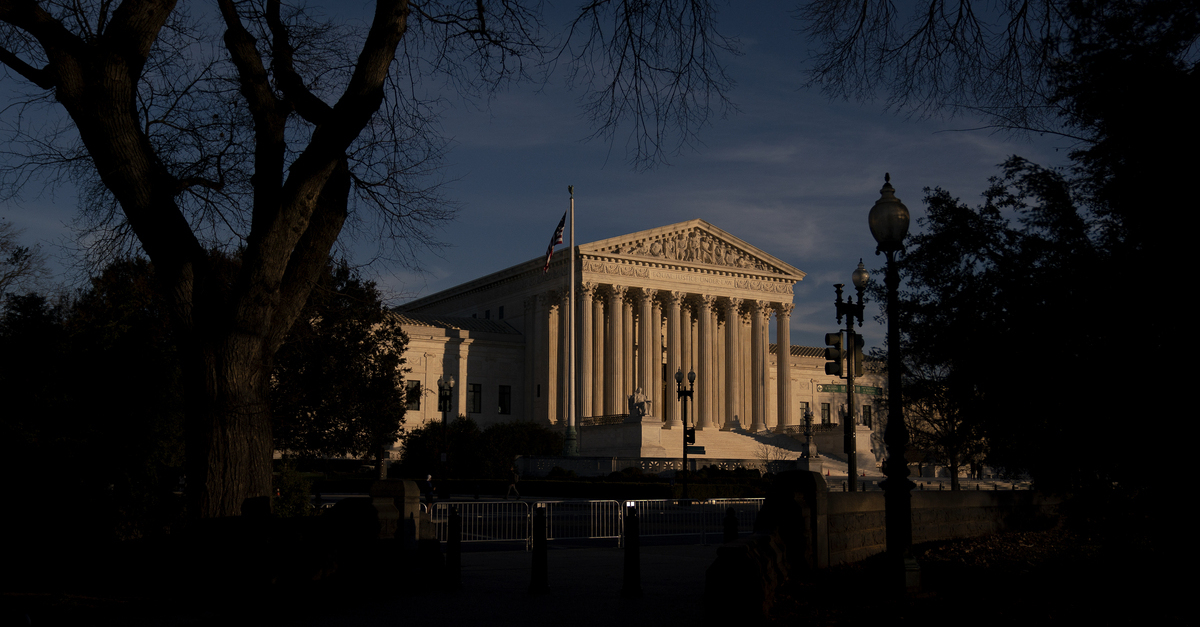 Can the police legally follow you into your home without a warrant, solely because they suspect that you committed a misdemeanor? This is precisely the question the Supreme Court of the United States has been asked to answer in Lange v. California. Based on the Court’s questions during Wednesday’s oral arguments, though, it doesn’t seem like the Court is planning to hand down a ruling that would answer the question for all such cases.

First, let’s review the facts, which fall into a narrow factual crevice in which Fourth Amendment law isn’t exactly clear.

Arthur Gregory Lange had been driving home in California one night listening to loud music, at one point honking his horn a few times. A police officer followed Lange. Later, that officer said he believed the music and honking were misdemeanor violations of the California Vehicle Code.

The officer had proceeded without a warrant. Under the Fourth Amendment, police must obtain a warrant before entering a home, except in “exigent circumstances.” Hot pursuit of someone suspected of committing a felony satisfies the exigent circumstances standard – but courts are split on whether suspicion of a mere misdemeanor rises to the same level.

Lange argues that the police officer’s entry had been unlawful because the police said he had only been suspected of committing a misdemeanor.

During oral arguments on Wednesday, the justices were clearly uncomfortable with the idea of creating any bright-line rule that would be applicable to all cases involving suspicion of misdemeanors. Time and again, the justices raised concerns about how such a rule would play out when applied in states with very different substantive criminal laws.

Though the justices focused at times on different aspects of the conundrum at hand, one thing was clear: none seemed inclined to establish a general rule that would bind all police departments in all misdemeanor cases.

Justice Stephen Breyer posed the question to Stanford law professor Jeffrey L. Fisher, who made the primary case on Lange’s behalf: “How do you draw a line?”  Noting that some misdemeanors are serious crimes, Breyer demanded, “Massachusetts is very different from California. So what do we do?”

Fisher answered that the distinction should be drawn on a case-by-case basis, leaving officers substantial discretion.

Justice Clarence Thomas pressed Fisher on the legal theories underlying Lange’s argument, some of which stem from common law principles and others from Fourth Amendment precedent. “It seems odd we’d look to common law,” remarked Thomas, “but the remedy is the exclusionary rule which has no basis in common law.”

Justice Elena Kagan, herself a former prosecutor, remarked that an inquiry into the distinction between felonies and misdemeanors misses the point. What’s really relevant, Kagan said, is whether the crime suspected is violent or non-violent.

“Most domestic violence laws continue to be misdemeanors. Most white-collar fraud crimes are felonies. That doesn’t seem to make a whole lot of sense for when you’d allow intrusions into the home and when not,” she explained.

Justice Amy Coney Barrett pointed out another relevant distinction that could prove tough to draw: the difference between “escaping arrest” and “evading arrest” following a suspected misdemeanor. Barrett raised the example of a suspected vandal who was confronted in a park by police. Once the officer shows authority and attempts to stop them, Barrett said, it would be “hard to make a distinction between a person who runs then versus someone who runs at the start.”

Fisher agreed, conceding that, “9 times out of 10, there won’t be a meaningful distinction. But you have to look under totality of the circumstances.”

Justice Breyer again raised the problem of different state criminal laws triggering different Fourth Amendment protections while questioning Deputy Solicitor General of San Francisco Samuel T. Harbourt. Giving the example of a person who committed misdemeanor assault and battery in Massachusetts, Breyer said, “in Massachusetts, if he’s beaten up into a bloody pulp four people, you cannot just automatically hostilely pursue him into the house, but in California, you can, because it’s a felony.”

“I mean they’ll be all over the place. That’s why I don’t see how to draw this line misdemeanor/felony,” commented an exasperated Breyer.

Justice Samuel Alito seemed annoyed, too, “I don’t understand why you’re here,”Alito told Harbourt, as he pointed out that the California Attorney General has the power to change California’s practices as a matter of policy without requiring intervention from SCOTUS.

Alito went on to offer yet another reason why the misdemeanor/felony distinction is problematic.

“What if a police officer has probable cause to believe a person has committed two offenses, each of which is punishable up to 11 months?” he asked.

Justice Breyer hammered his point yet again to attorney Amanda Rice, who argued on behalf of amicus curiae supporting Lange’s position. Breyer called the felony versus misdemeanor distinction a “cruel trilemma,” which could lead to a rule that would render a person’s “home [not] the castle at all for the most trivial things.”

Breyer pointed to a rather unusual California misdemeanor law: “I don’t know why California has made it a crime to give a rabbit as a lottery prize or something.” Allowing warrantless entry when a person is suspected of breaking that law would lead to an untenable result. “The rabbit case— that’s ridiculous,” Breyer said, “Police can get just into your house because you once sold a rabbit as a prize?”

Rice agreed, “that sounds lie a pretty silly law,” but the justice wouldn’t let the topic die there. “We can think of about fifty of those when we start getting into misdemeanors,” he said.