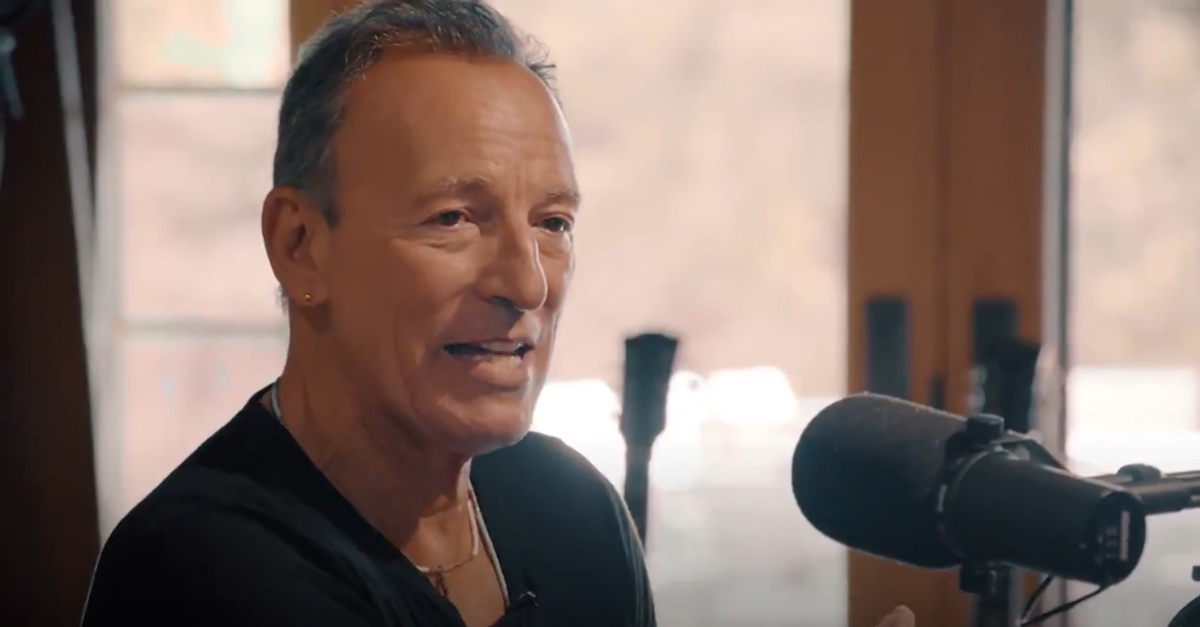 Singer and songwriter Bruce Springsteen, 71, pleaded guilty on Wednesday to drinking in the Gateway National Recreation Area in New Jersey, a federal park. The plea ends Springsteen’s case in a bit of compromise. Previous charges of driving while intoxicated and reckless driving were dropped. Assistant U.S. Attorney Adam Baker said in court that the prosecution could not meet the burden of proof for the dismissed counts, according to The Asbury Park Press. Baker said the defendant Springsteen had a blood alcohol content of .02 based on a breath test at a ranger station, which is well below the legal limit of .08.

The judge issued Springsteen a $540 fine.

The incident happened back on November 14, 2020. In a probable cause statement obtained by Law&Crime, an officer claimed to see Springsteen drink a shot of Patron tequila, get on his motorcycle, and start the engine. The officer told the singer that alcohol was prohibited. The officer said Springsteen “smelt strongly of alcohol” and had “glassy eyes.” During a field sobriety tests, the officer claimed Springsteen “was visibly swaying back and forth” while he was observing Springsteen’s eyes.

News of the boss’s legal woes emerged months later after the singer, known for his endorsement of liberal causes, appeared in a Super Bowl ad for Jeep entreating listeners to engage in political unity. It was subsequently revealed Springsteen was starting a podcast with former President Barack Obama.

At the time of the incident, Springsteen allegedly admitted to drinking two shots of tequila during the preceding 20 minutes. On Wednesday, he told the court he had two “small” shots of tequila.