What to Know About Lisa Montgomery's Execution | Law & Crime 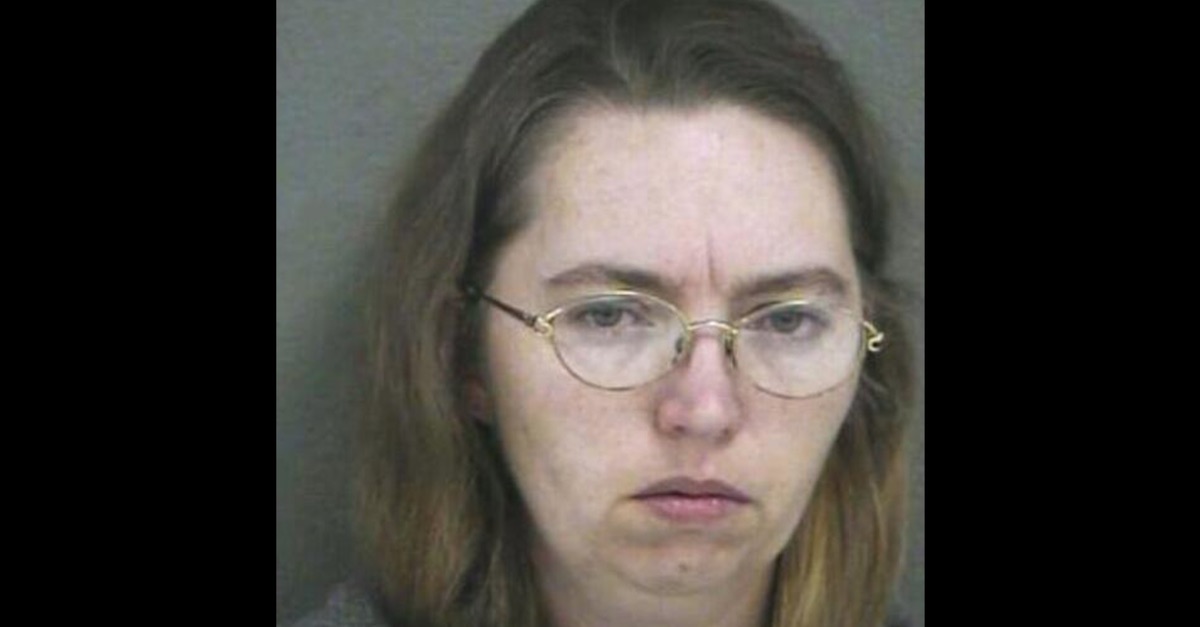 The Trump administration has has executed Lisa M. Montgomery, the only woman on federal death row, just days before the United States will swear in its first woman Vice President. Montgomery was the first woman to be executed by the U.S. in several decades.

Breaking News: The Trump administration executed Lisa Montgomery, the only woman on federal death row and the first woman executed by the U.S. in nearly 70 years. https://t.co/UlSTFVaXvM

Although federal appeals courts had put Montgomery’s execution on hold, the United States Supreme Court issued a series of brief, unsigned orders, that reversed the lower rulings and allowed the execution to take place.

In yet another after-midnight ruling, the U.S. Supreme Court has allowed the federal government to proceed with Lisa Montgomery’s execution immediately. This decision will forever be a scarlet letter for the SCOTUS — a complete failure to protect our most vulnerable citizens.

Montgomery was put to death by lethal injection at the federal execution facility in Terre Haute, Indiana, and pronounced dead at 1:31 a.m on Wednesday morning. Montgomery was 52 years old.

Montgomery was convicted for the horrific 2004 murder of a pregnant woman and abduction of the victim’s unborn child. Bobbie Jo Stinnett had been 23 years old when Montgomery strangled her, cut open her abdomen, removed her unborn child, and absconded, attempting to pass off the child as her own. That child was returned to her father, and lived.

Many who argued against the execution raised as reasoning Montgomery’s own history of trauma, severe abuse, and untreated mental illness. Montgomery was the fourth woman ever executed following federal convictions, and the first ever to be executed directly by the federal government.

Three other women have been executed after being convicted of federal crimes: Mary Surratt in 1865 (for conspiring in the assassination of President Abraham Lincoln), Ethel Rosenberg in 1953 (for being a Soviet spy), and Bonnie Emily Brown Heady in 1953 (for the kidnapping and murder of Bobby Cosgrove Greenlease Jr.). Surratt, Rosenberg, and Heady were executed at Missouri’s state facilities, because the federal government did not have execution facilities of its own.

Montgomery’s execution was highly controversial, and not simply because she was a woman. Many legal challenges were mounted, resulting in four individual cases reaching the Supreme Court in the days before her execution.

One challenge focused on the requirement under the Federal Death Penalty Act (FDPA) that federal executions are conducted in the manner prescribed by the law of the state in which the sentence is imposed. Montgomery was sentenced in Missouri. Missouri requires prisoners to be given at least 90 days notice prior to an execution — a requirement Montgomery’s lawyers argue the Department of Justice did not meet.

The U.S. Court of Appeals for the District of Columbia Circuit granted a stay of Montgomery’s execution on this ground, but that stay was lifted without comment the Supreme Court on Tuesday.

Montgomery sought a stay of execution late on Monday night, saying she had raised an important and unsettled issue about the meaning of the FDPA. Justices Stephen Breyer, Sonia Sotomayor, and Elena Kagan noted that they would have voted to keep the stay in place.

Another legal challenge raised the issue of irregularities in Montgomery’s original death sentence. Montgomery’s lawyer argued that an indefinite stay provision had been included in her sentence. Though the U.S. Court of Appeals for the 8th Circuit sided with Montgomery, the Supreme Court reversed, and again, lifted the stay in the wee hours of Wednesday morning without comment.

An additional procedural challenge was raised, in which Montgomery claimed that the DOJ violated federal law when it rescheduled her execution after her lawyers contracted COVID-19. The execution had been scheduled for Dec. 8 and stayed until Dec. 31; then, on Nov. 23, the DOJ rescheduled the execution for Jan. 12. Montgomery’s argument was that the DOJ could not legally reschedule her execution at all until the stay expired on Dec. 31. the D.C. Circuit sided with the DOJ, allowing the execution to continue as rescheduled. On this issue, the Supreme Court simply denied certiorari and declined to rule at all.

The appeal that attracted the most attention, however, was the case challenging Montgomery’s execution on the grounds that she is ineligible for the death penalty due to mental illness. Montgomery argued through counsel that she suffers from bipolar disorder, hallucinations, and trauma related to childhood sexual abuse. Although a district court found that Montgomery was entitled to a hearing to assess whether Montgomery’s mental state would allow her to be executed under current legal standards, the U.S. Court of Appeals for the Seventh Circuit lifted the stay, denying Montgomery the hearing. Montgomery appealed to the United States Supreme Court, which issued another order without comment, rejecting the application for a stay. Once more, Justices Breyer, Sotomayor, and Kagan indicated that they would have granted the stay and allowed a hearing on Montgomery’s mental state.

Our federal government executed Lisa Montgomery last night after the Supreme Court lifted the stays issued by lower courts. We need to end the death penalty. This is a statement from her lawyers: pic.twitter.com/eiqDZrdWrs

Lisa Montgomery’s execution, though significant in its own right, does not stand alone. She is the eleventh person put to death by the Trump Administration since lifting the federal moratorium on executions last July. The Trump Administration plans to execute two additional individuals — Corey Johnson and Dustin Higgs — before Donald Trump vacates the White House on January 20.

Despite everything else going on, DOJ is pulling out every stop to try to squeeze in three more executions before next Wednesday, including one tonight that is currently stayed by separate orders from the D.C. and Eighth Circuits—which DOJ is asking/will ask #SCOTUS to set aside. https://t.co/lmp5dOW0dZ

Johnson and Higgs both tested positive for COVID-19. Tuesday, the same day SCOTUS allowed Lisa Montgomery’s execution to take place, a federal judge in D.C. ruled to postpone their executions, holding that damage done by the virus puts Johnson and Higgs at risk of suffering severe pain during a lethal injection.

Death penalty abolition advocate and Catholic nun Sister Helen Prejean told press in reaction to Montgomery’s execution, “President Trump’s overall approach to the way he tries to hold power is to use violence.”

“He upholds white supremacy groups, people who use violence. He encouraged the group to storm the Capitol. And executions are just part of his whole way of doing things,” Sister Prejean continued.

Kelley Henry, one attorney for Lisa Montgomery, issued a statement about her client’s execution.

“The craven bloodlust of a failed administration was on full display tonight,” Henry said. “Even though President Trump could not be the hero we asked him to be, We are here to say to every woman and girl who has been the victim of violence and degradation: You matter. Your pain matters. You are more than a victim. You are a survivor. Do not let anyone humiliate or shame you. You deserve to be loved.”

“We are here to say to every woman and girl who has been the victim of violence and degradation: You matter. Your pain matters. You are more than a victim. You are a survivor. Do not let anyone humiliate or shame you. You deserve to be loved.” Full statement from @DeathPenaltyWW: pic.twitter.com/jP9BeknPKk

Many advocates for abolition of the death penalty have appealed to President-elect Joe Biden in recent days, asking that Biden prioritize ending federal executions at the first possible moment.

I am calling on President-Elect @JoeBiden to enact a moratorium on federal executions immediately on Day 1 and to quickly evaluate all existing federal death penalty cases for commutation to life without parole or another appropriate sentence based on the facts of each case.

Biden has said that he opposes capital punishment. A group of Democrats led by Representative Ayanna Pressley (D-Mass.) and Senator Richard Durbin (D-Ill.) vowed to introduce legislation that would ban the federal death penalty.

Please contact your U.S. Representative and ask them to co-sponsor @RepPressley’s bill in the House that would abolish the federal death penalty. There are already 63 co-sponsors on H.R. 262 and the movement is growing! Call the U.S. Capitol switchboard at (202) 224-3121.

Rep. Pressley said the following in a statement:

Ending the federal death penalty — which is as cruel as it is ineffective in deterring crime — is a racial justice issue and must come to an end. We must finally abolish this inhumane form of punishment and put an end to Donald Trump’s unprecedented killing spree.