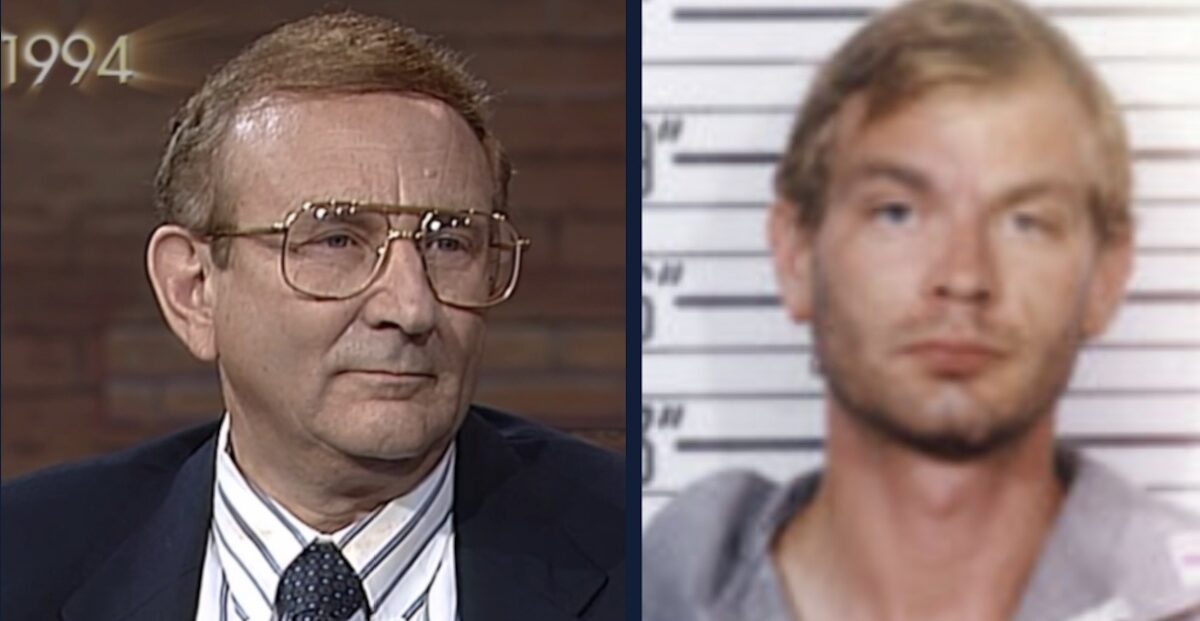 Lionel Dahmer, the father of serial killer Jeffrey Dahmer, wants to sue over both a docuseries and new drama about his son’s case, a caretaker reportedly says. This happens amid separate criticism against Netflix from some of the victims’ families.

“From my understanding and from everything that I’ve seen and witnessed personally, Lionel was not contacted about either of these shows on Netflix,” the caretaker told The U.S. Sun in a Thursday report. “I’ve personally talked to a few lawyers and we’ve talked to his publisher about it too due to all the chaos that is going on and the stories we’ve seen. Lionel and his power of attorney are gathering information and looking at a possible lawsuit against the production team or possibly Netflix.”

The 34-year-old asked to be identified as only Jeb, saying he feared he could be targeted and that he armed himself for self-defense. Lionel Dahmer is now 86.

The interview comes in the wake of Netflix’s highly popular but controversial drama Monster: The Jeffrey Dahmer Story. The aforementioned docuseries is Conversations with a Killer: The Jeffrey Dahmer Tapes — Jeb said that Netflix did not look for permission to use the tapes, which were named by Dahmer’s legal team. The shows reportedly left Lionel a “nervous wreck,” and his team put up “No Trespassing” signs on his Ohio property because of worries about what the outlet described as “deranged fans.”

August 5, 1991: nearly 1,000 gather at a candelight victim to remember the victims of Jeffrey Dahmer.
Speeches began at 7pm in Juneau Park before a march to MacArthur Square outside the County Jail where Dahmer was imprisoned. #lgbthistory pic.twitter.com/YpilLNjIqm

Some of their families criticized Netflix’s decision to push forward with the drama about Dahmer.

Lindsey’s sister Ritel Isbell, who delivered a fiery victim impact statement at Dahmer’s 1992 sentencing, said Netflix never reached out to her about the show.

“I was never contacted about the show,” she told Insider in a Sept. 26 report. “I feel like Netflix should’ve asked if we mind or how we felt about making it. They didn’t ask me anything. They just did it. But I’m not money hungry, and that’s what this show is about, Netflix trying to get paid. I could even understand it if they gave some of the money to the victims’ children. Not necessarily their families. I mean, I’m old. I’m very, very comfortable. But the victims have children and grandchildren. If the show benefited them in some way, it wouldn’t feel so harsh and careless. It’s sad that they’re just making money off of this tragedy. That’s just greed.”

“I’m not telling anyone what to watch,” Lindsey’s cousin Eric Perry wrote on Twitter. “I know true crime media is huge rn, but if you’re actually curious about the victims, my family (the Isbell’s) are pissed about this show. It’s retraumatizing over and over again, and for what? How many movies/shows/documentaries do we need? Like recreating my cousin having an emotional breakdown in court in the face of the man who tortured and murdered her brother is WILD. WIIIIIILD.”

Anthony Hughes’ mother Shirley Hughes disputed the accuracy of the episode about her son.

Netflix did not immediately respond to a Law&Crime request for comment.

Dahmer actor Evan Peters said a promotional video for the show that the production worked on being respectful to the victims.

“We had one rule going into this from [show co-creator Ryan Murphy] that it would never be told from Dahmer’s point of view,” he said. “As an audience, you’re not really sympathizing with him. You’re not really getting into his plight. You’re more sort of watching it from the outside.”

Dahmer died in 1994. Another prison inmate Christopher Scarver beat him and inmate Jesse Anderson to death. All three belonged to the same work detail.