Sotomayor and Jackson Dissent in Denial of Convicted Sex Trafficker’s Appeal: A ‘Most Egregious’ Case of ‘Prosecutorial Misconduct’ 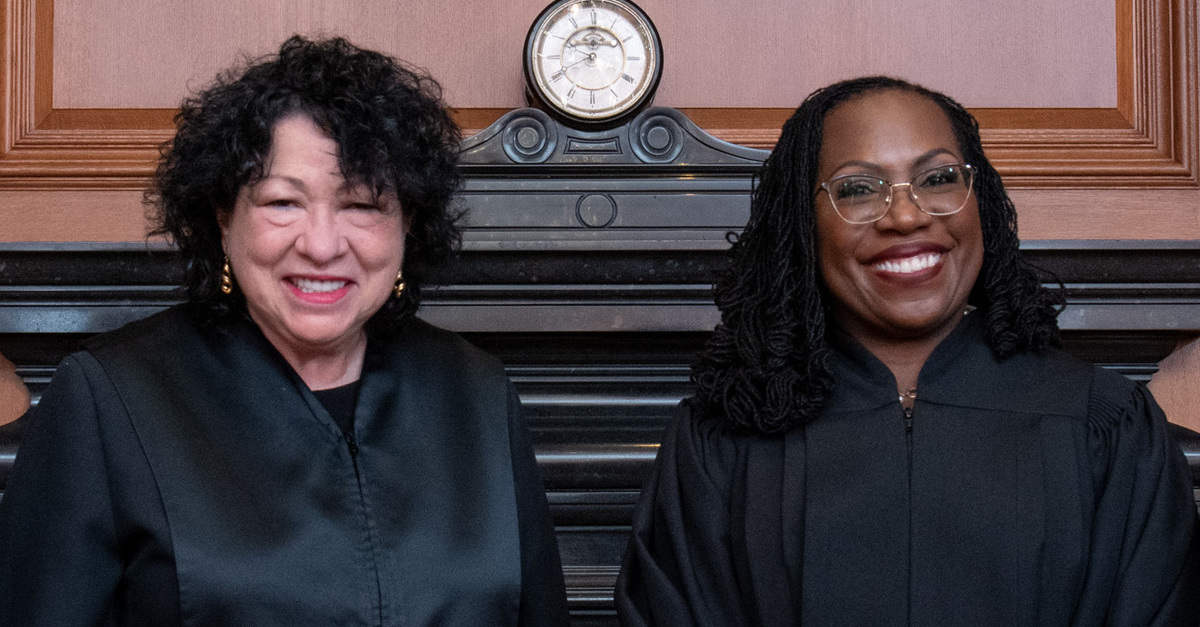 Justices Sonia Sotomayor and Ketanji Brown Jackson dissented from the Supreme Court’s refusal to hear the appeal of a convicted sex trafficker Monday. The case challenged the legality of an unusual move by the prosecution: to rely on testimony from the grand jury prosecutor.

At Anthony’s trial, prosecutors called two witnesses who testified that Anthony physically and sexually abused them. Anthony’s lawyer tried to impeach the witnesses, who had been arrested for prostitution, by suggesting that they were testifying in exchange for a plea deal. In response to the rebuttal efforts, prosecutors called Assistant District Attorney Thomas Block, the prosecutor who presented Anthony’s case to the grand jury, as a witness.

Block testified at length, covering topics far beyond the circumstances of the two witnesses’ testimony. Block told the jury that prosecutors had not made a deal with the two witnesses, and also that Anthony was guilty beyond a reasonable doubt. Block also spoke about the underlying investigation and included facts that were not in the record.

Block told the jury that he would not prosecute the two witnesses for prostitution, and made a rather emphatic statement for the record: “I would not do that . . . for the reasons I’ve stated,” Block said. “They are victims of sex trafficking.” He continued, “I have a responsibility and obligation as an officer of the Court when I was sworn in in 1993 as a lawyer and then sworn in as a prosecutor to prosecute in good faith pursuant to the laws in the State of Louisiana and take only those cases that we can prove beyond a reasonable doubt.”

Anthony’s lawyer moved for a mistrial, but was denied.

During the prosecution’s closing arguments, the state referenced Block’s statements, and the jury returned a conviction on all counts.

Anthony appealed, and was initially successful in having his conviction vacated. However, a later appellate court reversed and dismissed the impact of Block’s improper testimony as “harmless error.”

The Supreme Court of the United States refused to take up Anthony’s appeal, thereby leaving his conviction intact. Justice Sotomayor dissented from the denial of certiorari and penned a 15-page dissent.

Sotomayor said in her dissent that “The prosecutorial misconduct in this case is not only blatant and egregious, but a clear due process violation” and that the judicial error in allowing the conviction to stand “denied fundamental justice.”

Sotomayor, a former prosecutor herself, railed against Block’s improper conduct. She pointed out that the ADA not only testified as to the defendant’s guilt, but did so “while also invoking the imprimatur of his office.”

Jackson, who joined the dissent, also has a background in criminal law: she served as assistant special counsel to the United States Sentencing Commission from 2010-2014, and she worked for two years as an assistant federal public defender prior to that.

Sotomayor called out the obvious impact of Block’s impropriety in her dissent:

Under the correct standard, ADA Block’s testimony was clearly not harmless error. By using the weight of his office to vouch for and validate the State’s evidence, and by opining on the conclusions to be drawn from that evidence, ADA Block’s testimony created a legitimating lens through which the jury was invited to view the entirety of the State’s case. It is thus impossible to say beyond a reasonable doubt that his pervasive testimony did not contribute to the jury’s verdict.

Block’s conduct, said the justice, was “one of the most egregious instances of prosecutorial testimony amounting to prosecutorial misconduct,” and should have been the basis for a reversal.