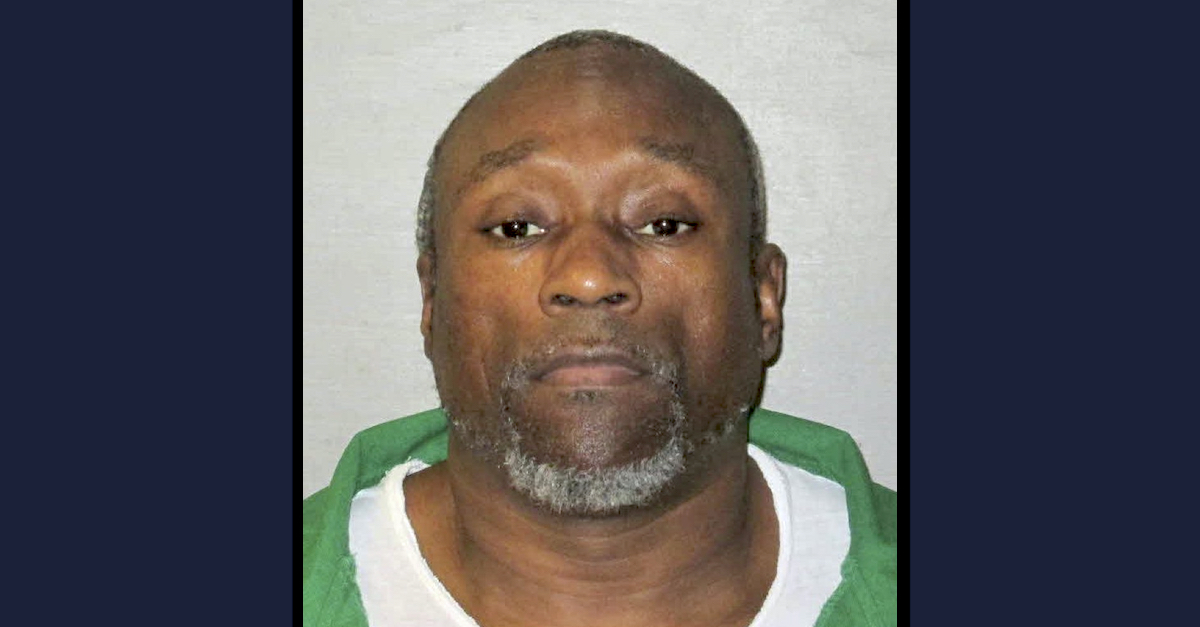 The Supreme Court of the United States briefly granted certiorari in just one matter on Tuesday: Stirling v. Stokes, the case of a South Carolina death row inmate whose lawyer neglected to introduce evidence that might have averted a capital punishment.

The court’s order does not bode well for convicted capital murderer Sammie Louis Stokes, now 55, in whose favor the U.S. Court of Appeals for the Fourth Circuit ruled in 2021. Now, in light of a recent SCOTUS ruling that was called “perverse” by dissenting Justice Sonia Sotomayor, the high court is forcing the lower courts to reconsider the pro-Stokes ruling.

Stokes, then 18, had been serving a prison sentence for assaulting his wife in 1998. At the time, Stokes’s cellmate was Roy Toothe. Toothe’s mother, Pattie Syphrette, lived with Toothe’s children and their mother, Connie Snipes. Syphrette, in an attempt to gain custody of her grandchildren, hired Stokes to kill Snipes for a fee of $2,000.

Just months later, Stokes was released from prison. He and a friend captured, raped, and fatally shot Snipes. Stokes was arrested and wrote a detailed confession while in county jail. After a 4-day trial, Stokes was found guilty by a jury.

Because Stokes confessed to the murder, the heart of his case involved the question of punishment — and whether his attorney could mitigate a possible death sentence. Stokes and his sister lived childhoods riddled with physical and sexual abuse, profound neglect, and repeated trauma. Stokes was not only orphaned as a child but saw both parents die in front of him.

During his trial, experts were prepared to testify that Stokes’s emotional regulation and social adaptation were impaired by the trauma he experienced as a child. His attorney prepared some personal mitigation evidence but, at the last minute, withheld it. Instead, counsel presented a single witness at sentencing: a retired prison warden who was unprepared and counterproductive. The jury returned a death sentence without hearing a word from the defense about Stokes as an individual. In post-conviction proceedings, new counsel found more information about Stokes’s traumatic upbringing, but failed to pursue a mitigation-based ineffective assistance of counsel claim.

At the penalty phase of the proceedings, an attorney planned to introduce evidence that Stokes’s health (Stokes is HIV-positive) made a life sentence inappropriate for him. His lawyer also retained a neurologist who would testify to evidence of brain damage caused by AIDS, and a forensic psychiatrist to testify that Stokes was likely to imminently die of AIDS in prison. Just before sentencing, however, Stokes asked his lawyer not to mention his HIV status under any circumstances.

Stokes’s lawyer also planned to introduce evidence about Stokes’s psychological profile and years of abuse. However, the attorney made a last-minute decision not to present any personal evidence about his client at sentencing.

In fact, the only witness Stokes’s attorney presented at sentencing was a retired prison warden who was offered as an adaptability expert. James Aiken never met or interviewed Stokes, but testified that Stokes “does not demonstrate the behaviors of being a predator.”  Nor did Stokes demonstrate an “unusual” risk of harm in prison, according to Aiken. The jury sentenced Stokes to death.

Stokes filed an appeal based on ineffective assistance of trial counsel, citing his lawyer’s failure to investigate or present mitigation evidence. The district court found that Stokes’ lawyer had done enough to withstand the legal challenge.

The Fourth Circuit, however, disagreed. The court reversed in a 2-1 ruling and found that “Though they investigated ‘to some extent,’ their investigation was nevertheless inadequate because they ignored the valuable leads they uncovered.”

Chief Circuit Judge Roger Gregory (a recess appointee by Bill Clinton who was later re-appointed by George W. Bush) ruled that counsel know about Stokes’s psychological, educational, and familial history, and this background information would have prompted any objectively reasonable attorney to investigate further. Gregory pointed out that the kind of evidence readily available regarding Stokes’s history is precisely the kind of evidence regularly used to mitigate at sentencing.

But because trial counsel had no experience or formal training in mitigation, conducted a shallow investigation, and failed to consult with experts, they underestimated the value of their evidence. Stokes’s life story contains far more than a merely “difficult upbringing” and “struggles coming up”; the evidence shows profound and chronic trauma that was about as extreme as any child can experience. Such evidence is prototypical for a personal mitigation narrative.

Gregory further reasoned that Stokes’s lawyer’s excuse for not introducing evidence—that a Black jury in the 1990s in South Carolina would not be open to a personal mitigation narrative—was objectively unreasonable. The Fourth Circuit remanded the case to the district court with instructions that the district court issue the writ of habeas corpus unless the State of South Carolina grants Stokes a new sentencing hearing within a reasonable time.

Quattlebaum wrote in his dissent that he agrees that “the purpose of mitigating evidence is not to excuse conduct, but to help place the moral judgment about the conduct in a context more favorable to the defendant.” However, he explained, “in the fast-paced and intense context of a trial,” attorneys must make quick decisions. Noting that the idea that Black jurors might not accept Stokes’s personal history as a mitigating factor “seems far from unreasonable,” Quattlebaum concluded that “this is the exact type of strategic judgment to which we must defer.”

The Supreme Court took up the matter under what’s called a “summary disposition” grant of certiorari.  The high court took the case just long enough to vacate the Fourth Circuit’s pro-defendant ruling and to remand the case back down the chain “for further consideration in light of Shinn v. Martinez Ramirez.”

The Supreme Court’s ruling in that case — Shinn v. Ramirez — was  handed down less than a week ago.  Shinn made clear the positions of the court’s conservative justices on habeas corpus petitions as a general matter. Justice Clarence Thomas wrote that using federal habeas corpus to overturn a state conviction “is to inflict a profound injury to the powerful and legitimate interest in punishing the guilty, an interest shared by the State and the victims of crime alike.”

In Ramirez, the Court rejected ineffective assistance of counsel claims by two death row inmates who argued that their attorneys had withheld evidence pivotal to their post-conviction claims during the post-conviction stage of their proceedings — after the jury verdicts.

Stokes’s case is different.  It zeroes in on evidence that could have been introduced at the penalty phase of his original trial — before the jury rendered a verdict. Procedurally, the cases are different.  However, the underlying constitutional interest in assessing the performance of counsel in during legal proceedings for defendants sentenced to death is remarkably similar.

[image via the South Carolina Department of Corrections]

[Correction: this story initially stated that SCOTUS would review a death row inmate’s case. That is not so. In fact, SCOTUS granted certiorari and remanded the case below to be considered in light of a recent ruling in another capital case.]