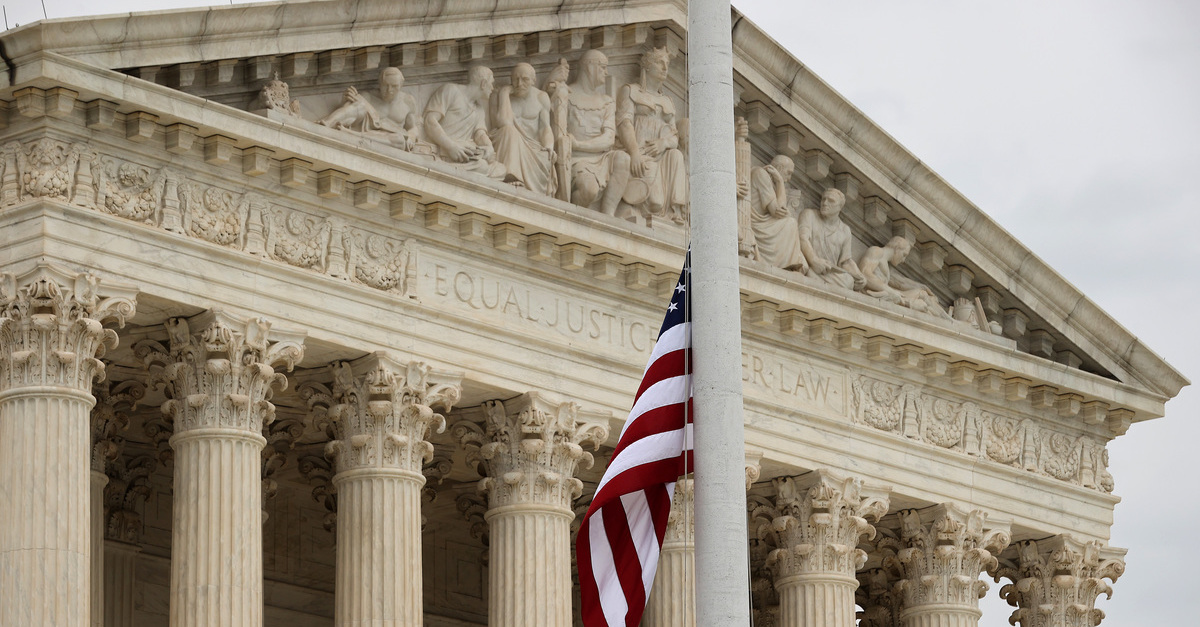 Native American tribal governments raised challenges to the federal government’s distribution of CARES Act funding. They say that this funding was meant for them but was mistakenly given to Alaska Native for-profit corporations known as ANCs.

The question for SCOTUS to answer is a complex one. If the justices side with the tribal governments, they would be excluding Alaskans who Congress may well have intended to share in COVID relief. Alternatively, if SCOTUS rules in favor the Department of Justice’s arguments, millions of federal aid dollars would go to Alaskan corporations, thereby reducing the amount of aid available to members of tribes.

At the heart of the dispute is Alaska’s unique framework for classification of native people. Instead of using reservations, “regional corporations” and “village corporations” were created in Alaska by Congress. Shareholders of ANCs include some individuals who are not members of any Indian tribe.

In the CARES Act, Congress specifically mandated funding for “any Indian tribe, band, nation, or other organized group or community, including any Alaska Native village or regional or village corporation . . . which is recognized as eligible for the special programs and services provided by the United States to Indians because of their status as Indians.” The inclusion of that specific reference to ANCs is a factor of major significance to the litigation.

The plaintiff tribal governments claimed that funds diverted to the corporations deprived them of basic needs, and that ANCs (unlike them) have the ability to seek alternate sources of funding. The ANCs argued that Alaskan Native people should be entitled to the same funding other native groups, and should not be penalized for their “unique” system established with ANCs.

The justices grappled with the question of how to manage the tribal governments’ challenge, and ultimately, seemed unenthusiastic about second-guessing the Treasury Department’s decision to include ANCs in the CARES Act distribution. Still, the justices were hesitant in any support for U.S. government’s argument, worrying that a ruling to include ANCs on this case might create problems down the line.

Justice Stephen Breyer raised concerns about the practical effect of SCOTUS’s ruling. “What is really bothering me,” remarked the Court’s eldest justice, “is that there are roughly 15o statutes that definitionally refer to the statute at issue here.” “I suspect that what is in some of them it makes sense to apply to the Alaska corporations and some it doesn’t,” he continued.

“Do we know the view you’re taking now is going to work in all those 150 statutes?” Breyer asked attorney Assistant to the Solicitor General Matthew Guarnieri.

Guarnieri responded that he had indeed reviewed those statutes, and held fast to his argument to include ANCs in CARES Act funding. Guarnieri said there should be a separate analysis for each statute.

Justice Sonia Sotomayor picked up on Breyer’s line of questioning, asking, “How do we rule in a narrow way that affects only the CARES Act and not the many other acts that are involved?” The justice pressed Guarnieri to pledge consistency in the government’s position on ANCs. “I’m also understanding that there are many other housing assistance, healthcare, and social service to thousands of Alaskan natives each year by the ANCs,” she said. Sotomayor asked what would happen if the Court sided with the tribal governments (and essentially, against the ANCs). “Would we be putting at risk all other services?” the justice asked. “And if so, is the federal government prepared to step in and provide those services?”

Justice Elena Kagan turned the discussion from the effect back to the cause of the problem, asking whether Congress had made a drafting error in the statute defining tribal governments.

“I’m not going to say that this is the best way to draft the statute,” admitted Guarnieri.

“I think we can all agree on that,” concurred Kagan. “There’s just no grammatical way to read the statute the way you want to read it,” she continued, “which isn’t to say that that’s not what Congress intended.”

In his colloquy with Kagan, Guarnieri referred to the “principle concern on the other side” — namely that, “for 180 years, one of the core elements of U.S.-Indian law has been idea that Indian tribes are are possessed of an inherent sovereignty, a sovereignty that is not conferred on them by federal or state law.”  That logic does not apply to ANCs, which are government-authorized corporations.

Paul Clement argued on behalf of the Department of Treasury, opening his remarks by reminding the Court that, “nearly everything about Alaska is different including its native entities.” “ANCs have never been sovereign,” Clement allowed, “but they have always played a critical role in distributing special Indian benefits to Alaskan natives.”

Justice Clarence Thomas pressed Clement on the individual membership of the ANCs, asking whether ANC shareholders are also members of tribes, or whether they are non-tribal individuals.

Clement answered that there are tens of thousands of Alaskans who are shareholders of ANCs, but not officially enrolled in any tribe. He continued to explain that there would be adjustments made to ensure that there was no overlap in funding sources.

Whatever concerns the Court may have had about including the ANCs in eligibility for funding, though, it seemed even more skeptical toward arguments for excluding ANCs. Given that Congress would have been well aware that ANCs different from recognized tribal sovereigns, several of the justices pointed out, it seems inconsistent that Congress would have referred to ANCs in the CARES Act only to exclude them as recipients.

“Why would Congress put ANCs in the language and then take them out?” asked Roberts.

Justice Sotomayor likewise asked, “why would Congress have bothered to include ANCs in the CARES Act at all, since after 45 years, it clearly knows that no ANCS have been politically-recognized?”

Justice Amy Coney Barrett also joined in the bench’s overt skepticism for the tribal governments’ argument. Pointing out that a “trust relationship exists [with ANCs] even though [their shareholders] don’t enroll in tribes,” Barrett asked, “am I wrong about that?”

Barrett followed up, asking, “is it your position that native Alaskans have no right to any benefit even though they are automatically put in ANCs … and they’re entitled to nothing from the federal government?”

“No, that is not our position,” Rasmussen replied.

When the justices had concluded their questions, Chief Justice Roberts used remaining time to refocus the justices on the true stakes of the case: the many Alaskan natives who may be affected by the outcome. He began:

There are Alaskan natives who are not enrolled members of a village, who receive significant services from ANCs, services that the availability of which are directly impacted by the COVID pandemic. And tens of thousands of people fit that description.

Roberts continued, charging Rasmussen, “I understand that you’re doing what lawyers do —that is to get more money for your clients,” before continuing to recenter the Court’s attention:

But the enrolled members receive those benefits (and if you prevail, will receive more). But the Alaskan natives who benefit from the services provided by the ANCs will get nothing. And I just wonder if that’s what Congress [intended].

I wonder if there’s anybody in Congress who would think that Alaskan natives receive significant benefits if they’re enrolled in a tribe, but not if their benefits are provided through the ANCs.