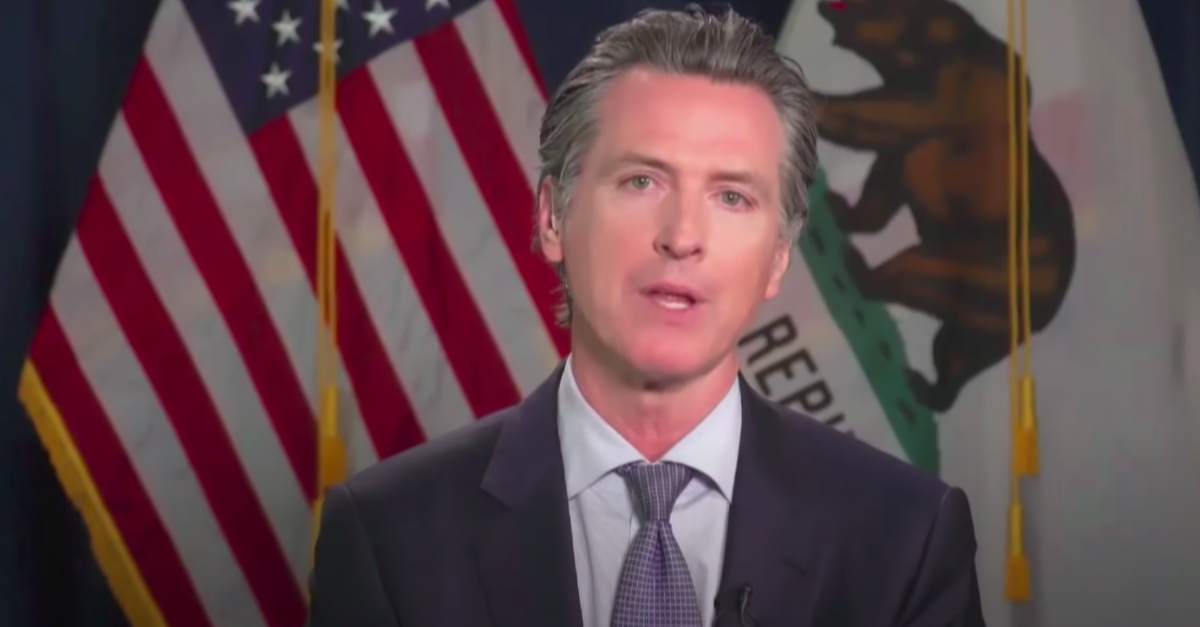 A religious liberty public interest law firm heaped praise on the Supreme Court’s controversial use of the “shadow docket” in a Wednesday amicus brief. The brief asks the justices to grant emergency relief by stopping the state of California from enforcing Gov. Gavin Newsom’s (D) COVID-19 pandemic health restrictions.

Coined by University of Chicago law professor William Baude in 2015, the term “shadow docket” refers to rulings decided outside the court’s regular docket without oral argument. The public is able to see the court’s ultimate decision, but how the justices voted and much of the underlying reasoning remain a mystery. The mechanism is not new to the high court, but legal scholars have increasingly warned that the court’s reliance on the shadow docket is a point of high concern.

In the wake of the pandemic, the use of the shadow docket has continued to grow, and that growth has caused an immediate impact on California’s ability to enforce health restrictions. The trend is one which attorneys at the Becket Law Fund for Religious Liberty urged the court to continue in its latest filing seeking an emergency order.

“To hear some people tell it, there is something shady about the Court’s emergency docket. Indeed, they’ve even given it the moniker ‘shadow docket.’ On this account, the Court’s willingness to rule on emergency applications endangers ‘consistency’ and ‘transparency,’ thus creating a ‘fog of uncertainty’ about what its rulings mean,” the Becket brief stated. “These are ivory tower objections that partake more of the ‘heaven of legal concepts’ than the actual experience of litigation. Every court in the country (except perhaps traffic court) provides for emergency proceedings, because courts have to resolve time-sensitive and important disputes including, among other things, persistent outrages to the Constitution.”

The case stems from a coalition of religious groups contending that Newsom’s restrictions on gatherings during the pandemic discriminated against religious worship. In a 2-1 decision, the U.S. Court of Appeals for the Ninth Circuit last month held that the limits affected secular and religious activity equally.

According to the Becket Fund, the only people concerned with the court’s reliance on the shadow docket are “academics focused solely on the Supreme Court,” while practitioners recognize the rigorousness of the process.

“But for practitioners who have to seek temporary restraining orders in district court, or an emergency injunction in a court of appeals, the Supreme Court’s emergency procedures are unfamiliar only in their stringency. Indeed, if anything, this Court’s emergency process is more transparent than many other courts’ procedures,” the brief stated. “Some academics have looked at the Court’s interventions on COVID worship restrictions and complained that the Court is doing too much to protect core constitutional and civil rights. But that gets things exactly backward.”

One of those academics, University of Texas Law School professor Steve Vladeck, who recently testified about the shadow docket before the House Judiciary Committee, took issue with the Becket Fund’s assertions.

According to Vladeck, who is cited three times in the 12-page brief, the group severely mischaracterized the issues raised by the increased use of the shadow docket.

“The objections aren’t to the *existence* of an emergency docket; it goes without saying that every court, including [the Supreme Court], needs one,” he wrote on Twitter. “Rather, the objections are to (1) how often #SCOTUS has used such orders to change the status quo recently; (2) usually *without* any reasoning for the Court; (3) in at least apparent defiance of its own standards for granting such relief; & (4) *sometimes*, with no ‘emergency.’”

He added, “Becket may believe that these criticisms are outweighed by the benefits of the *results* in these cases. So be it. But that’s not the same as insinuating, as its amicus brief does, that the criticisms are specious charges (and by folks who don’t know what they’re talking about).”

I'll leave to others whether Becket is fairly describing the critics. But it's worth stressing that it's clearly mis-describing the criticisms. The objections aren't to the *existence* of an emergency docket; it goes without saying that every court, including #SCOTUS, needs one.

Becket may believe that these criticisms are outweighed by the benefits of the *results* in these cases. So be it.

But that's not the same as insinuating, as its amicus brief does, that the criticisms are specious charges (and by folks who don't know what they're talking about).

California responded to the April 2 application on Thursday:

Plaintiffs ask the Court to apply the Free Exercise Clause to enjoin a public health policy restricting members of more than three households from gathering together. That policy is entirely neutral toward religion; it applies to gatherings for any purpose—secular or religious. On that basis, the courts below properly held that it does not trigger heightened scrutiny and that it comports with the First Amendment. In any event, the State recently announced that the challenged policy will be significantly modified on April 15, one week from today. In light of improvements in the rates of infection, hospitalization, and death, as well the growing number of vaccinated individuals, the State will be substantially relaxing its restrictions on multiple- household gatherings. Under the new policy, plaintiffs will be able to hold the types of gatherings referenced in their emergency application. See, e.g., Application ii, 18 (“Bible studies, prayer meetings, and worship services at their homes” with “eight to twelve individuals”). There is accordingly no basis and no need for the Court to grant injunctive relief at this time.

Read the full amicus brief below.