This Week on the ‘Objections’ Podcast: Legal Experts Unpack the Latest in Steve Bannon’s Case and Illuminate the Supreme Court’s Shadow Docket 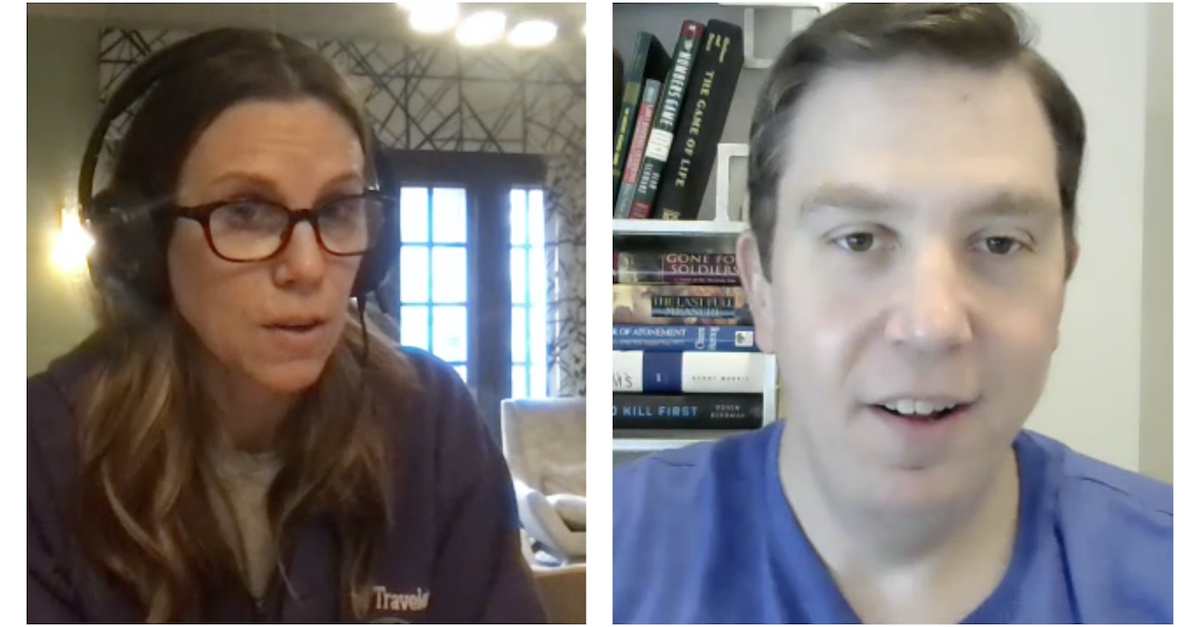 The public record burrows in surprising directions on the latest episode of Law&Crime’s podcast “Objections,” with legal experts unpacking why federal prosecutors opposed dismissing Steve Bannon’s indictment after his pardon and what to do about the Supreme Court’s growing “shadow docket.”

As first reported by Law&Crime last week, federal prosecutors agreed that Bannon’s case could be administratively closed, but they have asked a federal judge to deny the ex-Donald Trump strategist’s request to toss the grand jury’s indictment charging him of conspiring to defraud donors of the purported charity We Build the Wall and launder their money.

Jennifer Rodgers, who spent more than a decade as a Southern District of New York prosecutor before becoming a CNN legal analyst, noted that prosecutors might just want to clarify the law on the reach of the presidential pardon, or they might be clearing the way for other charges that Trump’s pardon does not cover.

“It is possible that they want that indictment to stand so that they don’t have to go back and put in all the evidence against him to charge him with new offenses,” Rodgers said on the podcast.

In a recent article for the Just Security blog, attorney Andrew Weissmann—formerly a member of Robert Mueller’s team during the Russia investigation—argued that Trump’s spate of pardons for his associates left room to charge them for other offense, and Bannon was no exception.

Referring to that post, Rodgers noted: “If this grand jury that heard the evidence against Bannon is still there—it’s still in existence—[federal prosecutors] have the opportunity to go back to that grand jury and say, ‘We want to supersede this indictment against Steve Bannon. We’re going to add these charges. Here’s what these charges are. Please consider all of the evidence that you’ve previously heard about Steve Bannon and vote on whether these new charges meet your standards so on.'”

“So they could do that in 15 minutes,” Rodgers added.

The latest ripples in the federal docket followed a CNN report suggesting that New York state prosecutors have advanced their own investigation into Bannon, just across the street from that federal courthouse.

Whatever the outcome or purpose of the battle to preserve Bannon’s indictment, the allegations against the ex-Trump campaign chief will remain widely reported and known. That is not the case for the reasoning of an increasing number of influential Supreme Court decisions.

In a hearing before the House Judiciary Committee last month, University of Texas School of Law Professor Stephen Vladeck warned lawmakers about the consequences of what legal scholars dub the Supreme Court’s “shadow docket.”

“I think the reason why the sort of the shadow metaphor seems apt is because of these decisions are often unaccompanied by any reasoning, certainly by a majority opinion,” Vladeck said on the podcast. “We often don’t know what the vote count was or which justices were on which side. They sometimes come literally in the shadows in the middle of the night. One of the most important COVID decisions came at 11:56 p.m. to Wednesday night before Thanksgiving. And so, the court is increasingly handing down decisions that are having real impacts on people’s lives.”

Coined by University of Chicago law professor William Baude in 2015, the “shadow docket” refers to rulings decided outside the court’s regular docket without oral argument. In these cases, the public can know what was decided, but how the justices voted and the thinking behind their decisions remain a mystery. The phenomenon has existed as long as the Supreme Court, but scholars who study it note that the shadow docket is growing: in number, weight, significance and controversy.

For those following the House Judiciary shadow docket hearing, here's a great @AdamSFeldman graphic showing the decline in #SCOTUS's merits docket over time (and especially in recent years): pic.twitter.com/VuLjaSgyKg

As Professor Vladeck noted, the Supreme Court has resolved all kinds of cases on the shadow docket, including on the death penalty, coronavirus restrictions, federal elections, and more. Vladeck spoke about a recent case where the Supreme Court’s conservative majority referred litigants to the follow the precedent created by South Bay II, a COVID-19 case where the court did not issue an opinion.

In post-election cases, the Supreme Court’s pattern of denying certiorari without comment arguably emboldened those trafficking in the so-called “Big Lie” of voter fraud, by leaving their conspiracy theories unanswered by the high court.

“It seems to me like it would have been very very useful for there to have been a very very short per curiam opinion, or even a concurrence that just says, ‘Hey, we’re not taking this because we’re ducking. The reason why we’re not taking this case is because we want to send the message that we believe the election was legitimate,'” Vladeck noted.

The professor added that Congress does not have to demand that justices disclose how they voted or write opinions to reform the shadow docket.

“I’d have problems with both of those,” Vladeck said, referring to those mandatory disclosures. “I’m not sure if those are either wise or constitutional.”

Congress could, however, make it easier to expedite merits cases, or require that death-penalty cases to be heard on direct appeal, so that the Supreme Court has to consider the relevant questions before the day of execution, he added.

(Screenshot from the Zoom interviews with Jennifer Rodgers and Steven Vladeck)