Kagan Goes After Kavanaugh for Lengthy Footnote: There’s Nothing ‘Unfair’ About This Outcome 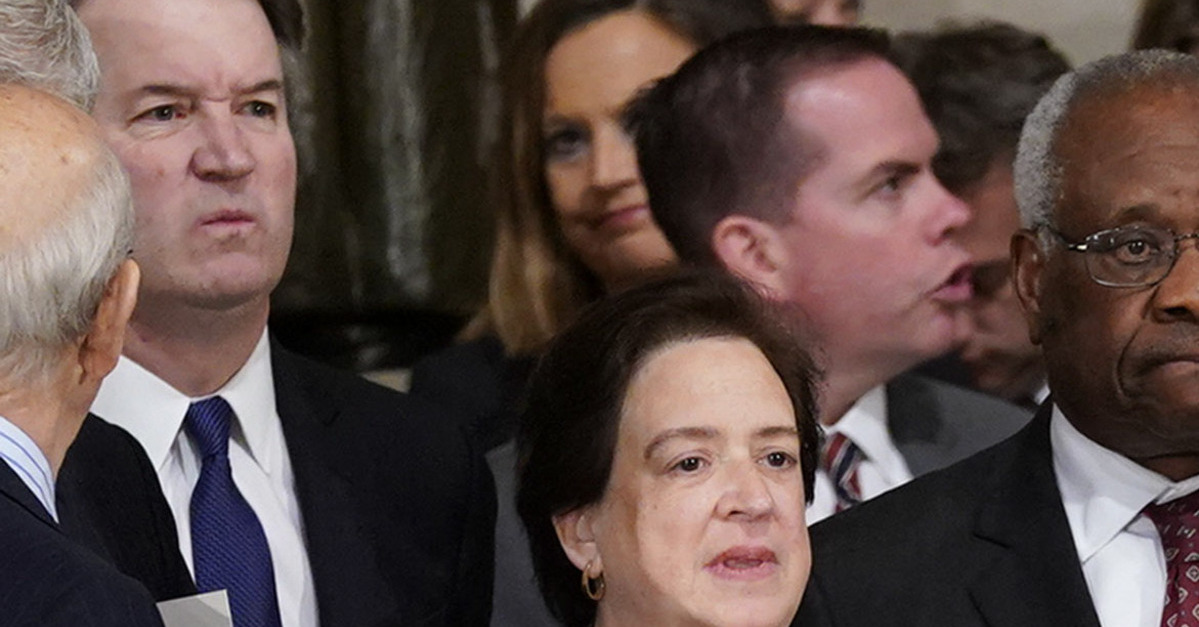 The Supreme Court of the United States handed down a 5-4 ruling Thursday, holding that crimes requiring a mental state of recklessness are insufficient to trigger mandatory minimum sentences under federal law.

The case is Borden v. United States, and it raises interpretive questions of the Armed Career Criminal Act (ACCA) —  a statute which creates enhanced penalties for habitual violent offenders; the ACCA mandates a 15-year minimum sentence for anyone found guilty of illegally possessing a gun after having been convicted three or more times for a “violent felony.”

Charles Borden, Jr., pleaded guilty to a felon-in-possession charge, and prosecutors sought an enhanced sentence under ACCA. However, one of the predicate offenses the government used to invoke ACCA was reckless aggravated assault. Borden’s lawyers argued that the reckless assault charge was improperly categorized as a violent felony, and that Borden’s sentencing does not properly fall under ACCA.

Both the district court and the Court of Appeals for the Sixth Circuit ruled against Borden. The Supreme Court, however, has now reversed, ruling in Borden’s favor; SCOTUS based its ruling in large part on past cases that also interpreted the phrase “violent felony” as requiring a mens rea more culpable than recklessness.

The Court’s somewhat fractured ruling had Justices Stephen Breyer, Elena Kagan, Sonia Sotomayor, and Neil Gorsuch in the majority, which was joined by Justice Clarence Thomas in a separate concurrence. This lineup even meant the first occasion on which Justices Amy Coney Barrett and Neil Gorsuch found themselves on opposite sides of an opinion. But the outcome in Borden was standard SCOTUS-fare for cases resting on narrow issues of statutory interpretation.

Just to explain today’s lineup: Four Justices form the plurality. JUSTICE THOMAS concurs in the judgment. He agrees with the plurality’s result but not its reasoning, and concludes that the phrase “use of physical force” alone excludes reckless offenses such as reckless assault or reckless homicide. The Court reached a different conclusion in interpreting a similarly worded statute in Voisine v. United States, 579 U. S. 686 (2016).

Kagan offered a footnote of her own, going after Kavanaugh for delving into a “complicated counting exercise” about the justices’ lineup, “apparently to show how unfair it is that the dissent’s view has not prevailed here.”

Legal observes noticed both Kavanaugh’s odd footnote, and Kagan’s reaction to it.

Kagan continues to ruthlessly own Kavanaugh—here she mocks him for complaining “how unfair it is” that his “view has not prevailed here.” https://t.co/N6UnwvQJtD pic.twitter.com/iMc1qieJrS

The footnotes are always a good place to find where justices are most sharply divided, but this is some impressive calling-out from Kagan. pic.twitter.com/8mjLhhYO1U

“There is nothing particularly unusual about today’s line-up,” Kagan quipped, providing Kavanaugh with a quick walk-through of the the ruling:

Four Justices think that the “use” phrase, as modified by the “against” phrase, in ACCA’s elements clause excludes reckless conduct. One Justice thinks, consistent with his previously stated view, that the “use” phrase alone accomplishes that result. And that makes five to answer the question presented.

Q: Does the elements clause exclude reckless conduct? A: Yes, it does.

In the body of the majority opinion, Justice Kagan gave a primer on the various criminal mental states.

“A person acts recklessly, in the most common formulation,” she explained, “when he ‘consciously disregards a substantial and unjustifiable risk’ attached to his conduct, in ‘gross deviation’ from accepted standards.”

Kagan explained that using a reckless offense to trigger enhanced penalties simply does not line up with ACCA’s intended purpose. She wrote:

Our reading of the relevant text finds support in its context and purpose. The treatment of reckless offenses as “violent felonies” would impose large sentencing enhancements on individuals (for example, reckless drivers) far afield from the “armed career criminals” ACCA addresses—the kind of offenders who, when armed, could well “use [the] gun deliberately to harm a victim.”

Kavanaugh’s dissent, Kagan explains, misses the point. A ruling that reckless offenses constitute “violent felonies” for purposes of ACCA would “upend” the Court’s consistent rulings on the entire rationale for ACCA. The point is to mandate extra punishment for “purposeful, violent, and aggressive” crimes, not to enhance sentences for individuals who simply disregard the risks of their actions.

She elaborated, providing examples to drive the point home. A person texting while driving, a father taking his child skiing without proper safety equipment, and a shoplifter who jumps off a mall’s second floor balcony while fleeing security only to land on a customer might all be considered “career criminals” under the ACCA if recklessness were enough to trigger the statute. Kagan systematically dismantled the dissent, repeatedly critiquing it for containing logical errors.

Justice Clarence Thomas voted with the Court’s majority on the outcome, but provided separate reasoning in a concurrence. He focused his analysis on a different portion of the statute. According to Thomas, the ACCA’s requirement that predicate crimes involve “use of physical force” precludes any crime committed through mere recklessness. “Use of physical force,” explained the justice, “has a well-understood meaning applying only to intentional acts designed to cause harm.”

Justice Kagan’s hammering of the Borden dissenters, particularly in footnotes, has dominated most of the reaction to the Court’s ruling.

The “presto!” is Kagan’s addition, not mine—part of her extended metaphor framing Kavanaugh as an amateur magician who inadvertently reveals his trick to the audience before performing it. https://t.co/kTIGOmTQCU

For instance, Kagan accused Kavanaugh of “putting the rabbit in the hat” in order to—”presto!”—reach a desired result:

But once again, the dissent is putting the rabbit in the hat. If Congress had used the word “recklessly” in the elements clause, we would have to interpret that clause to cover reckless offenses, even though the best reading of the clause without that word goes the other way. But Congress did not say “recklessly.” And we must construe the elements clause as it is—without first inserting the word that will (presto!) produce the dissent’s reading.

Kagan summed things up this way:

The dissent would write a different statute, based on a different theory of criminal punishment. But the dissent’s preferred approach is not the one Congress enacted into law. And the dissent does not get to tell Congress that, in writing the statute it wrote, it failed to enhance penalties for gun possession enough.