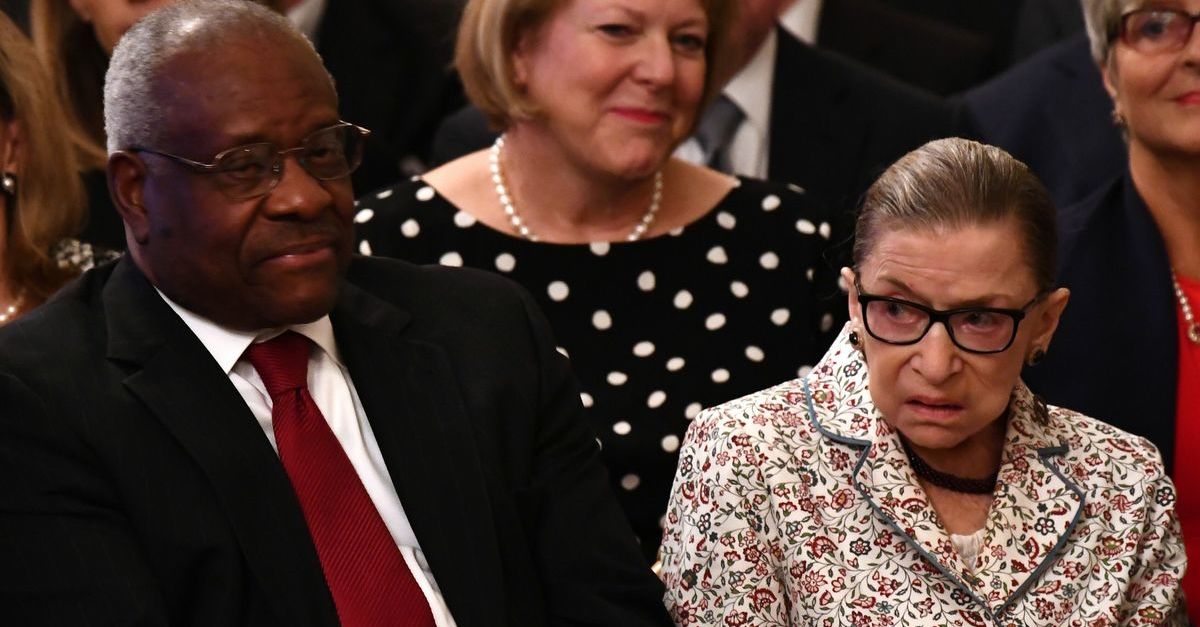 The Supreme Court of the United States ruled Tuesday to uphold Indiana’s fetal burial law, which requires all abortion providers to bury or cremate fetal remains, even if that’s not what the woman wanted. The Court issued a per curiam (unsigned) decision, along with some partial concurrences and dissents; from the looks of the footnotes, it looks like tensions were running pretty high in the courthouse.

Justice Ruth Bader Ginsburg’s short dissent followed simple, straight-forward logic. Instead of just ruling that the Seventh Circuit had made an error, the Court should have applied the correct legal standard and conducted the appropriate analysis.  That way, the right outcome – a ruling that the Indiana law was overly burdensome – would emerge, regardless of any errors in lawyering made at the lower court level. RBG wrote that it was a waste of time to review a case only to sidestep the actual issue at hand on grounds that the parties hadn’t raised the corresponding arguments.

Justice Clarence Thomas, though, wouldn’t bend. In his view, Indiana’s law was nothing more than a way to “provide for the respectful treatment of human remains.” Justice Thomas couldn’t help taking a swipe at Ginsburg, saying that her dissent, “[m]akes little sense.”

JUSTICE GINSBURG’s dissent from this holding makes little sense. It is not a “‘waste’” of our resources to summarily reverse an incorrect decision that created a Circuit split. Post, at 2. And JUSTICE GINSBURG does not even attempt to argue that the decision below was correct. Instead, she adopts Chief Judge Wood’s alternative suggestion that regulating the disposition of an aborted child’s body might impose an “undue burden” on the mother’s right to abort that (already aborted) child. See post, at 1. This argument is difficult to understand, to say the least—which may explain why even respondent Planned Parenthood did not make it. The argument also lacks evidentiary support.

Justice Ginsburg clearly had no time for Justice Thomas’ perspective on the realities of abortion—remarking that his concurrence, “displays more heat than light.” Ginsburg explained that the financial and emotional cost of requiring a woman recovering from an abortion to comply with the state’s burial requirements may very well constitute too high a burden to be legal.

“A woman who exercises her constitutionally protected right to terminate a pregnancy is not a ‘mother,'” Ginsburg would add:

JUSTICE THOMAS’ footnote, ante, at 1, n. 1, displays more heat than light. The note overlooks many things: “This Court reviews judgments, not statements in opinions,” California v. Rooney, 483 U. S. 307, 311 (1987) (per curiam) (quoting Black v. Cutter Laboratories, 351 U. S. 292, 297 (1956); emphasis added); a woman who exercises her constitu- tionally protected right to terminate a pregnancy is not a “mother”; the cost of, and trauma potentially induced by, a post-procedure require- ment may well constitute an undue burden, 917 F. 3d, at 534–535 (opinion of Wood, C. J.); under the rational-basis standard applied below, Planned Parenthood of Indiana and Kentucky had no need to marshal evidence that Indiana’s law posed an undue burden, id., at 535.