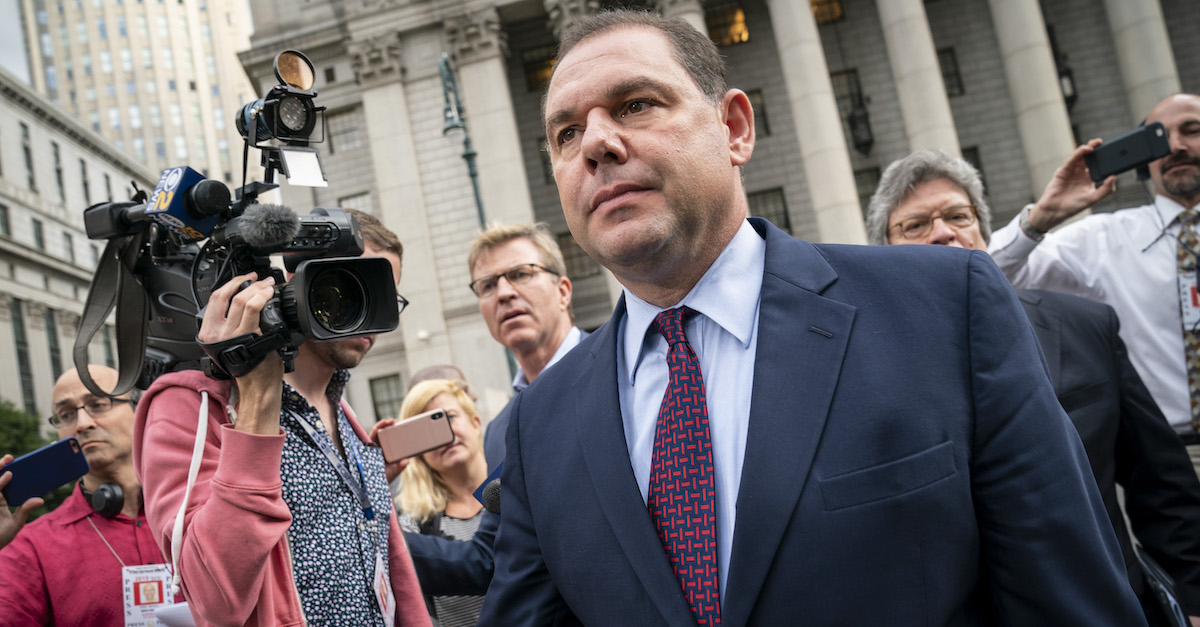 Percoco’s case, a challenge to a ruling by the U.S. Court of Appeals for the Second Circuit, raises the question of whether private citizens — as opposed to solely government officials — can be criminally convicted of bribery under federal law. Percoco was convicted of honest services fraud, and solicitation of bribes and gratuities in 2018 and sentenced to six years in prison. Percoco was found to have accepted $300,000 in bribes from private companies that had been hoping to curry favor with Cuomo’s office. Percoco was released after serving just one-third of his prison term.

Justice Elena Kagan, a former prosecutor, raised an example of what could happen if Percoco prevailed in the appeal. Kagan hypothesized about a public official who simply resigned their position each time they wished to accept a bribe, then resumed official duties immediately after the bribe changes hands.

“Suppose it’s say, a popular governor who cannot run for reelection again, but the spouse of the governor runs. And everybody knows that the former governor is really the one pulling the strings,” said Alito. “Could [the former governor] be convicted under the statute?” he asked.

Jacob Roth, Percoco’s attorney, answered that the difference comes down to the principle of agency. If Alito’s hypothetical spouse was assuming the role of an agent who was actually exercising power of the government, Roth said, that person might fall within the statute. Roth pointed out, though, that in the case before the justices, the government cannot rely on an agency theory, because Percoco was acquitted by a jury on the count that depended on agency.

Alito brought the discussion back to the long-term effects of SCOTUS’ ultimate ruling, and commented, “put the facts aside,” such that the court can establish the correct legal principle.

Justice Neil Gorsuch seemed similarly concerned. Gorsuch said that Roth’s proposed ruling “could be boundless,” and asked Roth what the justices should do if they rejected a bright line rule that would require sale of services by a sitting government official.

Justice Sonia Sotomayor brought the conversation back to Percoco himself and asked Roth what the Supreme Court should do with Percoco’s conviction in the event the justices sided with Roth.

Justice Clarence Thomas asked Assistant to the Solicitor General Nicole Reaves about New York State’s role in the case. Thomas pressed Roth on whether the Empire State’s failure to prosecute Percoco under the state’s own bribery statute is an indication that “New York isn’t too upset about this arrangement.”

“But doesn’t that work against you?” asked Thomas. “It seems as though we are using a federal law to impose ethical standards on state activity.”

Kagan explored problems with Reaves’ proposed standard of subjecting “functional government officials” to the federal bribery statute. The justice said that while a potential briber who is a government insider might be aware that a person is acting improperly, a government outsider might lack that understanding.

Gorsuch asked Reaves to ground her argument in a statute. But when Reaves was unable to point to something specific enough, Gorsuch commented wryly, “ah, the brooding omnipresence of the law.”

Alito asked Reaves about how her office would view someone who is simply a “super effective lobbyist,” such as a longtime friend and supporter of a public official with a stellar record of having influence over the official’s decisions. Reaves answered that such a person would not be subject to the statute, because they would not be functioning as an actual government employee.

“Why not?” asked a skeptical Gorsuch. “This town is full of such persons,” he continued, “‘Kitchen cabinets’ are usually taken quite seriously.”

Kagan pointed out a kind of conflict in Reaves’ proposed position in the case: because Percoco himself was both a former and future government official, he may fit squarely within the statute. Someone else, though, might not.