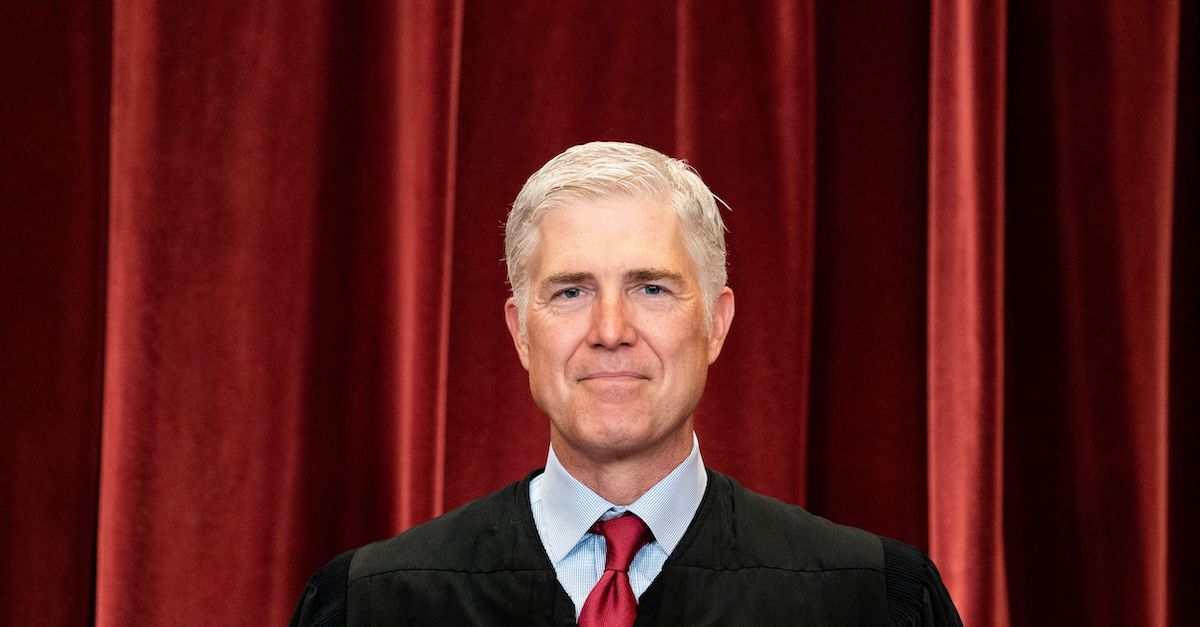 The Supreme Court of the United States on Thursday issued a single opinion in an immigration case about what qualifies as proper statutory notice under a certain law related to deportation proceedings. The decision turned on a single word–the smallest word in the English language.

Under 8 U.S.C. §1229b(b)(1), immigrants who meet various conditions can have their deportation cases canceled if they have been “physically present in the United States for a continuous period of not less than 10 years immediately preceding the date of such application.”

But a nearby companion statute gives the government an opportunity to uproot such an immigrant and maintain removal proceedings against them anyway–if certain qualifications are met.

Under §1229b(d)(1), the residency period can be paused indefinitely by the government because “any period of continuous…presence in the United States shall be deemed to end…when the alien is served a notice to appear.”

In the case stylized as Niz-Chavez v. Garland (originally Niz-Chavez v. Barr), the nine justices were asked to resolve a simple dispute: whether the government can satisfy the notice requirement in a series of piecemeal mailings or whether they must provide a single written notice in order to activate the so-called “stop-time” rule.

Writing for a 6-3 court, Justice Neil Gorsuch sided with the undocumented immigrant petitioner and against the government.

“To trigger the stop-time rule, the government must serve ‘a’ notice containing all the information Congress has specified [elsewhere in the statute],” the majority opinion notes. “To an ordinary reader—both in 1996 and today—’a’ notice would seem to suggest just that: ‘a’ single document containing the required information, not a mishmash of pieces with some assembly required.”

Gorsuch was joined by the court’s left flank as well as conservative Justices Clarence Thomas and Amy Coney Barrett–both of whom expressed severe misgivings with the government’s position during oral arguments late last year.

The relatively brief opinion clocks in at just shy of 16 pages and dismisses the government’s arguments at every turn–as well as various arguments supplied in the 22-page dissent penned by Justice Brett Kavanaugh.

First, Gorsuch notes, the government’s and the dissent’s interpretation of “the singular article” in a separate section of the statute defining “notice to appear” is “not how the law is written.”

“[T]the dissent never explains what authority might allow us to undertake the statutory rearranging it advocates,” the majority muses. “Nor does any of this help when it comes to §1229b(d)(1), the provision that actually creates the stop-time rule, for that statute separately speaks of  ‘a’ notice to appear. Not once but twice it seems Congress contemplated ‘a’ single document.”

The government and the dissent attempted to counter the “plain import” of the statute by arguing that “[t]he indefinite article ‘a’ is often used to refer to something that may be provided in more than one installment.”

A lengthy discussion of language and customary usage follows:

The trouble with this response is that everyone admits language doesn’t always work this way. To build on an illustration we used in [a recent and similar case], someone who agrees to buy “a car” would hardly expect to receive the chassis today, wheels next week, and an engine to follow. At best, then, all of the competing examples the government and dissent supply do no more than demonstrate context matters. And here at least, it turns out that context does little to alter first impressions.

The majority opinion goes on to consult “statutory structure and history” in order to support the idea that Congress intentionally meant “a notice” to mean a single written notice.

This method of interrogation resulted in a dramatic back-and-forth between the two Donald Trump appointees.

Kavanaugh’s dissent aims to needle Gorsuch, a textualist’s textualist, by calling out his “additional arguments based on structure, statutory history, and post-enactment regulatory history.”

The majority opinion, after noting the government previously endorsed the single document theory of the law, responds to that criticism directly:

We don’t mention this [history and structure], as the dissent supposes, in support of some argument that “post-enactment regulatory history” should overcome “the otherwise-best interpretation of the statute.” Rather, we mention it only to observe that even the party now urging otherwise once read the statute just as we do. To the extent that dissent accuses us of being “literalists,” it seems the literalists once infiltrated the Executive Branch too.

Perhaps, though, what’s really going on here has nothing to do with labels like that. Perhaps there’s a simpler explanation. Perhaps when Congress adopted [the statute] everyone understood that it required a single fully compliant document to trigger the stop-time rule. Perhaps the government has resisted the law’s demands only because they leave its officials with less flexibility than they once had. Regardless, when interpreting this or any statute, we do not aim for “literal” interpretations, but neither do we seek to indulge efforts to endow the Executive Branch with maximum bureaucratic flexibility. We simply seek the law’s ordinary meaning. Today, a long parade of textual and contextual clues persuade us of this statute’s ordinary meaning. If, in the process of discerning that meaning, we happen to consult grammar and dictionary definitions— along with statutory structure and history—we do so because the rules that govern language often inform how ordinary people understand the rules that govern them.

The dissent, which was joined by Chief Justice John Roberts and Justice Samuel Alito, also makes much of the government’s policy arguments and pleas for deference due to the alleged administrative hurdles imposed on the government by accepting Niz-Chavez’s position. The majority was having none of that.

“If the government finds filling out forms a chore, it has good company,” Gorsuch deadpans. “The world is awash in forms, and rarely do agencies afford individuals the same latitude in completing them that the government seeks for itself today.”

And, in the end, the majority notes, policy arguments are not the point because the government, just like everyone else, has to follow the law no matter how much it inconveniences them–even laws that turn on the tiniest of words.

At one level, today’s dispute may seem semantic, focused on a single word, a small one at that. But words are how the law constrains power. In this case, the law’s terms ensure that, when the federal government seeks a procedural advantage against an individual, it will at least supply him with a single and reasonably comprehensive statement of the nature of the proceedings against him. If men must turn square corners when they deal with the government, it cannot be too much to expect the government to turn square corners when it deals with them.