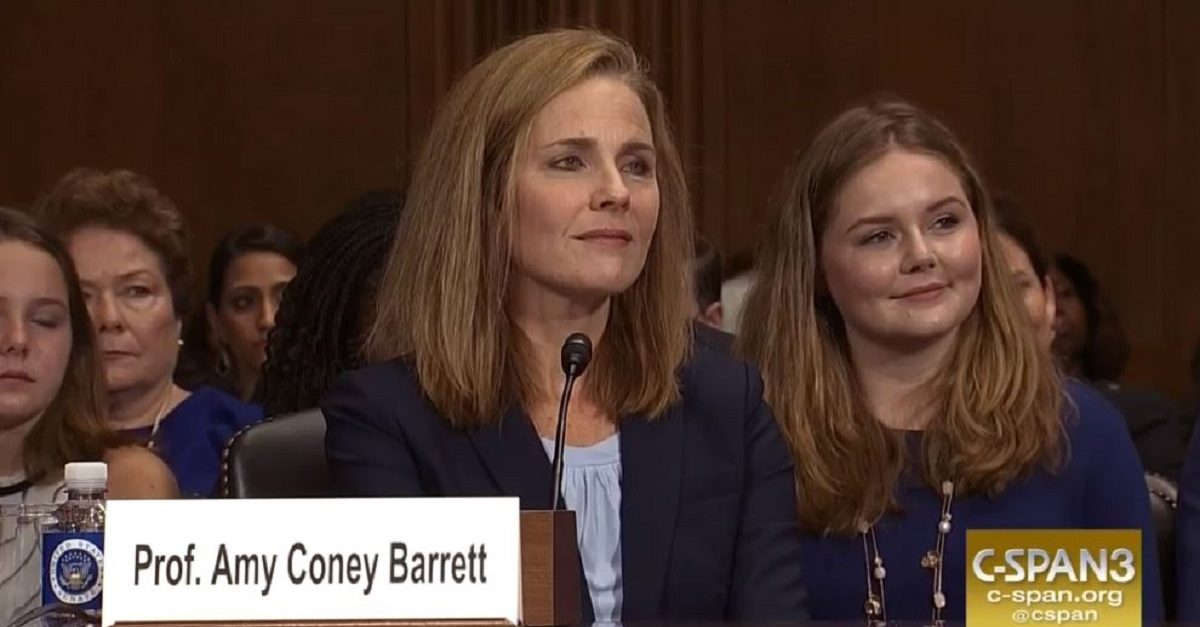 The discourse after Supreme Court Justice Ruth Bader Ginsburg’s passing shows that Americans across every inch of the political spectrum have become more keenly attuned than ever to potential SCOTUS nominations. Ginsburg, diminutive in stature but a giant in the world of civil rights, left a remarkable legacy. Now, as President Donald Trump plans to announce a replacement nominee to succeed Justice Ginsburg, there is much talk that the next SCOTUS justice will mean the end of the Roe v. Wade era—specifically, if presumed front-runner Seventh Circuit Judge Amy Coney Barrett joins the Court. It may mean the end to the constitutional right to have an abortion.

Contrary to Roe v. Wade being overturned “automatically,” as Trump said during the 2016 presidential debate, it would be something of a process. Let’s discuss how it would work.

Regulation of abortion, is primarily a state – as opposed to federal – issue. States are in charge of regulating public health and safety matters within their borders, and abortion falls squarely into that domain. States that choose to make abortions legal are entitled to do so. The converse, however, is not currently true. Because of the Supreme Court’s ruling in Roe v. Wade, states are not permitted to prohibit abortions altogether.

In 1974, Norma McCorvey (Roe’s plaintiff) argued that a Texas state statute was overly restrictive. Ultimately, SCOTUS agreed with her and struck it down. Roe, as well as Planned Parenthood v. Casey and other cases that followed it, resulted in a kind of nuanced compromise. As a result, we’ve been working within a SCOTUS-created system for decades (which is why people like Elizabeth Warren have advocated for federal legislation on the matter); early in pregnancy, women’s rights are central, and states cannot prohibit abortion. Late in pregnancy, society has an increased interest in protecting a potentially viable life; therefore, states can prohibit third-trimester abortions. States may regulate abortions — so long as they don’t cross the line into illegal prohibition.

The legal basis for the Court’s ruling in Roe was that the right to have an abortion is protected under the First Amendment as part of the right to privacy.  Interpretatively speaking, that finding required SCOTUS to be a bit flexible. No right to privacy, you see, is specifically written into the First Amendment; rather, it has been part of SCOTUS’s interpretation of the “penumbra” of rights guaranteed by the First Amendment. When the Court ruled in Roe, it did so in the context of previous cases – which had found that consensual sex, birth control, and certain aspects of parenting all fall within the general right of privacy.

Despite Roe v. Wade’s decades perched atop a legal pedestal, it was simply a case like many other cases that end up before the Supreme Court. That means that 1) Roe can be overturned if the Court chooses to do so; or 2) a subsequent case might arise that is similar to but distinguishable from Roe, which would lead to an erosion of the rights Roe created.

Here’s how the process to potentially topple Roe might play out.

1. State legislatures would pass laws that make it overtly illegal to have or perform an abortion.

Although SCOTUS ruled in Roe that women have a fundamental constitutional right to have abortions, later case law narrowed Roe’s reach by ruling that states could regulate abortions. From parental and spousal consent law, to mandatory waiting periods, to physician licensing privileges, states have passed many laws that make the process of obtaining an abortion more complex.

State legislatures have been standing by for years, waiting to pass laws that clearly conflict with Roe — either by requiring overly-burdensome regulations, or by banning abortions altogether. Until now, passing such statutes wasn’t a good move, because they were bound to be struck down when the statute was questioned as part of litigation. A strong conservative majority on the Supreme Court, however, might welcome the chance to reconsider the Roe rule — and some states would be more than willing to create an opportunity for it to do so. Those states already saw Brett Kavanaugh’s confirmation to the Supreme Court as an opportunity to push aggressive legislation.

2.  Someone (or, more likely, some group of people) will sue.

That litigation will begin in federal district court and make a beeline for the Supreme Court. It is possible that the case would even be fast-tracked, because cases involving pregnancy have an inherent urgency. When the Supreme Court hears the case, the conservative litigants will argue that Roe v. Wade should be overturned, and that a right to have an abortion should not be read into the established right to privacy under the First Amendment. If that argument prevails, then individual states could be permitted to legislate against abortion. Abortion would still be a matter of state law — but there could be less limitations on how states would be permitted to legislate.

3. The conservative justices will band together and change the Roe rule.

There are several roads SCOTUS could take to undo Roe. The Court could explicitly overturn Roe (ruling that abortion is not a fundamental right after all), and leave the states to legislate however they wish. Alternatively, the Court could distinguish the case from Roe, rule that there is some legal right to have an abortion, but narrow that right considerably.

4.  Will a Trump appointee on the Court mean a sure win for those hoping to make abortion illegal?

No, nothing is absolutely certain. Judges, by their nature, are conservative (lowercase “c”) creatures. For judges to vote that something once ruled to be a “fundamental right” is now not a right all would be a big deal. The Court does not usually go back on its decisions in quite that way. Generally, SCOTUS defers to stare decisis, ruling that while it may not have agreed with past precedent, it must adhere to it. Even Chief Justice John Roberts has already gone on record as a big fan of stare decisis, even when we’re talking abortion.

However,  many jurists – even those who agree that reproductive freedom is an important individual right – dislike the grounds on which Roe was decided. Conservative Justices Clarence Thomas, Samuel Alito, and Brett Kavanaugh have already been vocal about their views on Roe v. Wade — and might relish the opportunity to right a judicial wrong.

President Trump has promised to nominate his next Supreme Court justice on Friday or Saturday. He’s also promised that the nominee will be a woman. It’s widely believed but not confirmed that Coney Barrett is the front-runner and Eleventh Circuit Judge Barbara Lagoa is the runner-up. Whenever Justice Ginsburg’s seat is filled, that will happen amid a divisive political climate and culture war in which abortion remains at the forefront.