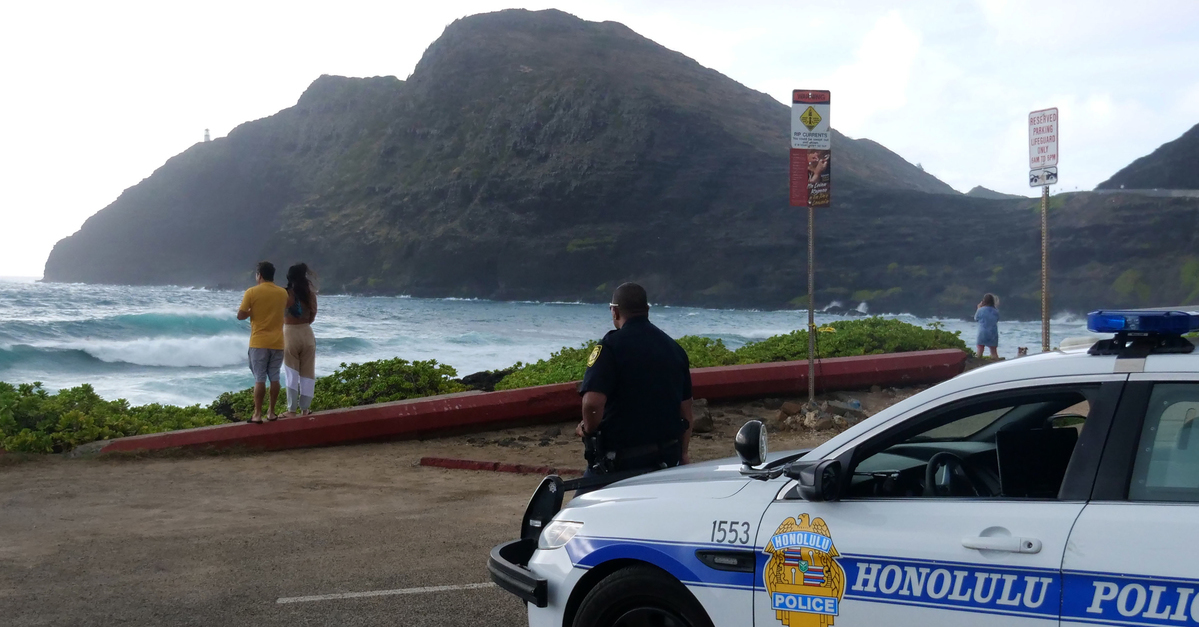 A federal court denied a challenge to Hawaii’s prohibition on the open carry of firearms in a lengthy and scholarly opinion released Wednesday — finding that Hawaiian law and practice both predate and supersede a broad application of the Second Amendment.

“Hawai‘i law began limiting public carriage of dangerous weapons, including firearms, more than 150 years ago — nearly fifty years before it became a U.S. territory and more than a century before it became a state,” the opinion explains in language foreshadowing the method of inquiry and eventual ruling in favor of anti-gun regulation.

Sitting en banc, the U.S. Court of Appeals for the Ninth Circuit ruled 7-4 against George Young, who was twice denied an open carry permit in 2011. The massive, 215-page opinion was authored by George W. Bush-appointed Circuit Judge Jay Bybee. Two dissents were authored by a collection of judges appointed by former presidents Ronald Reagan, Bush, and Donald Trump.

The court spends nearly 50 pages discussing the time-honored regulation of weapons under the law. This section starts in Middle Age England and ends in the Post-Reconstruction United States.

The thorough (and admittedly non-exhaustive) historical inquiry, necessarily long and time-consuming, begins by invoking “a series of orders to local sheriffs that prohibited ‘going armed’ without the king’s permission” which were promulgated by “King Edward I and his successor, King Edward II.” The final laws cited in this section are two explicit prohibitions on the public carrying of firearms which were upheld by the Arkansas Supreme Court in 1876 and 1882.

The dissent by Reagan-appointed Senior Circuit Judge Diarmuid O’Scannlain bemoaned the court’s grand historical survey — finding the reliance on those regulations “extreme and bizarre.” He went on to argue that the court’s use of those prohibitions “represents a gross misapplication of the textual and historical inquiries” demanded by the landmark Supreme Court case of D.C. v. Heller, which established the constitutional right of an individual to own a gun for self defense — sans militia membership — way back in 2008.

Bybee’s majority opinion, however, lays its own claim to Heller — within a framework developed by the Ninth Circuit following that decision and Heller‘s eventual companion case of McDonald v. Chicago, which applied the right found in Heller to the 50 states.

(Note: A quirk of U.S. constitutional law is that rights are typically first “found” to apply only to citizens of Washington, D.C. and then are later “incorporated” to apply to all U.S. citizens. This process for the Second Amendment took about two years in between both cases.)

The court went on to explain how to answers those questions:

By framing the question in the above way, the court “easily” reached its conclusion that Hawaii’s firearm licensing statute does not run afoul of the Second Amendment.

But the expansive historical underpinnings of regulation in English and U.S. law weren’t the only data the court used to reach its conclusion. Bybee also, and more importantly, noted that Hawaii itself regulated the open-carrying of weapons three times before becoming a state of the union; in 1852, 1927 and 1933.

The opinion documented at length the first of those laws:

Hawai‘i enacted its first statutory regulation of public carry in 1852. The aptly named “Act To Prevent the Carrying of Deadly Weapons” recognized that “the habit of carrying deadly weapons is dangerous to life and the public peace.” Act of May 25, 1852. To combat those risks, Hawai‘i’s pre-territorial legislative council prescribed fines and imprisonment for “[a]ny person not authorized by law, who shall carry, or be found armed with, any bowieknife, sword-cane, pistol, air-gun, slung-shot or other deadly weapon.” The Act of May 25, 1852 categorically exempted certain professionals “authorized to bear arms,” such as those “holding official, military, or naval rank . . . when [the firearm was] worn for legitimate purposes.”

“Hawai‘i’s regulation of dangerous weapons remained in effect after Hawai‘i consented to annexation as a U.S. territory in 1898,” Bybee continued — noting that this act was amended and renewed twice.

“In 1927, Hawai‘i implemented its first restriction on firearms specifically,” the opinion explained. “In 1933, the Hawai‘i legislature further refined its concealed-carry licensing scheme. To carry a concealed weapon, the applicant had to demonstrate an ‘exceptional case’ and a ‘good reason to fear injury to his person or property.’”

Hawaii’s current regulatory regime, the court notes, is essentially the modern day version of those laws because the state only provides open-carry licenses to individuals of good moral character who can prove “the urgency or the need” to carry a firearm and who are “engaged in the protection of life and property.”

Hawai‘i’s licensing scheme stands well within our traditions. Section 134-9 requires a license to carry a pistol or revolver, concealed or unconcealed. Consistent with English and American legal history, Hawai‘i exempts from its firearms regulation scheme police officers, certain persons employed by the state, and members of the armed forces “while in the performance of their respective duties.” It permits hunters and target shooters to carry openly and to transport their arms. It recognizes the right of persons to arm themselves in their “place of business, residence, or sojourn” and transport unloaded arms between those locales. Persons who have “reason to fear injury to . . . person or property” may apply for a license to carry a pistol or revolver concealed and, “[w]here the urgency or the need has been sufficiently indicated” and the applicant is “engaged in the protection of life and property,” to carry a pistol or revolver openly.

“Those restrictions are within the state’s legitimate police powers and are not within the scope of the right protected by Second Amendment,” the analysis concluded. “That means that Young’s challenge to Hawai‘i’s restrictions fails at step one of our framework and ‘may be upheld without further analysis.’ We easily conclude that HRS § 134-9 is facially consistent with the Second Amendment.”