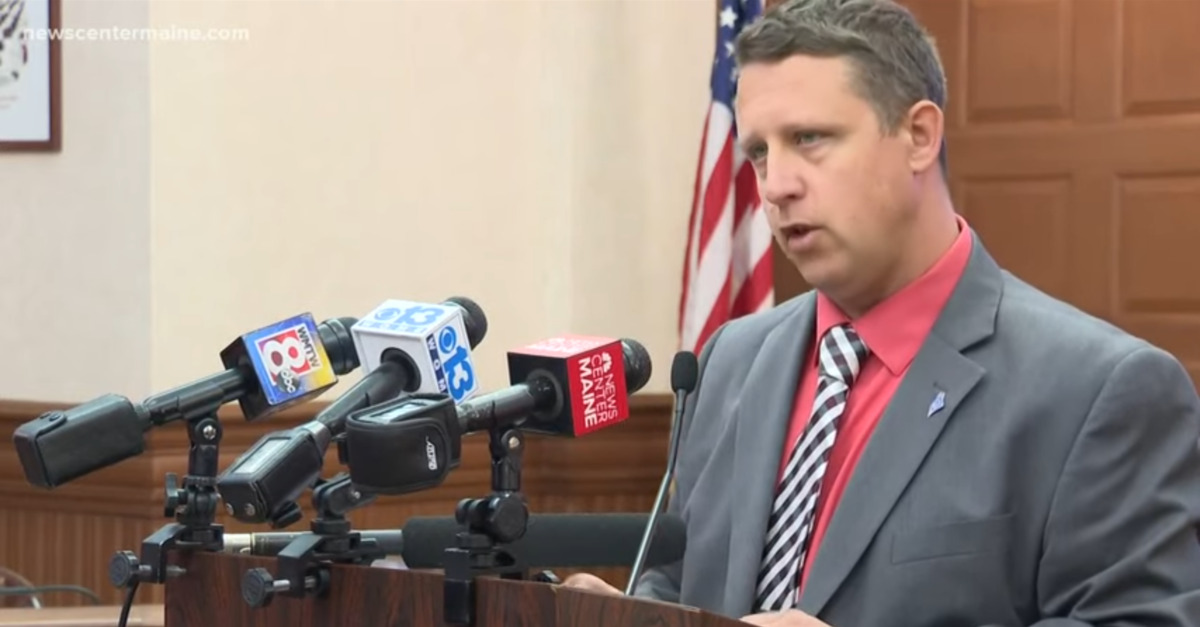 The Republican mayor of Maine’s second-largest city stepped down on Friday after one of his self-described “racist” jokes went public.

According to the Sun Journal, former Lewiston mayor Shane Bouchard texted the joke to a woman he was romantically involved with–Heather Berube. She also just so happened to be supplying Bouchard with dirt on his political opponent during a run-off election in 2017.

“All my jokes are quite racist lol,” he said. “What do you call 2 old black people sitting on your front lawn.”

Before Berube could answer, however, the mayoral candidate completed the racist joke for her.

“Yikes,” she texted back.

Before those emails were released, Ben Chin and Bouchard were running neck-and-neck. Indeed, Chin had initially bested all the other mayoral candidates and emerged the top vote-getter prior to the run-off. Bouchard ultimately defeated Chin by a razor-thin 145-vote margin.

In one such email, Chin complained that he had encountered “a bunch of racists” while campaigning. The media and political establishment portrayed Chin’s complaint about racism as itself divisive and the disclosures were credited with sinking his campaign.

The racist joke wasn’t the only controversial exchange between the scandalous pair.

Discussing his schedule, Bouchard talks about a meeting of fellow Republicans he’s slated to attend.

“Then my clan meeting,” he wrote–an admitted, though allegedly sarcastic, reference to the Ku Klux Klan. “I mean andro GOP meeting.”

“That’s not funny,” Berube wrote back.

In another set of exchanges, Bouchard discusses an apparent sexual fantasy with Berube.

“Do you know a set of 20 year old blonde twins?” he asks her. She apparently does not.

Later on, talking about his night, Bouchard writes, “Could be better too. Still holding out for twins…Or an overweight brunette. Lol.”

Berube responded with a laughing emoji.

On Thursday, Bouchard attempted to play down the text message conversations.

“If you looked at the message, she was pushing me to just tell her any kind of joke and, I don’t know, I just, it came out,” he said about the racist joke. “It is tasteless and it is in no way a reflection of how I feel.”

I think my actions towards minorities in this community are going to speak a lot louder than an off-color joke to a friend. My actions are very pro immigrant, you’ll find. My board and committee appointments. My outreach. I don’t think you’ll find anything racist about me, period, in general.

On Friday, amidst a groundswell of criticism–and allegations from Berube that their illicit text messaging somehow broke the law–Bouchard abruptly resigned.