‘I Had No Idea’: GOP Governor Hired N-Word Spouting Staffer to Help Run His 2018 Campaign 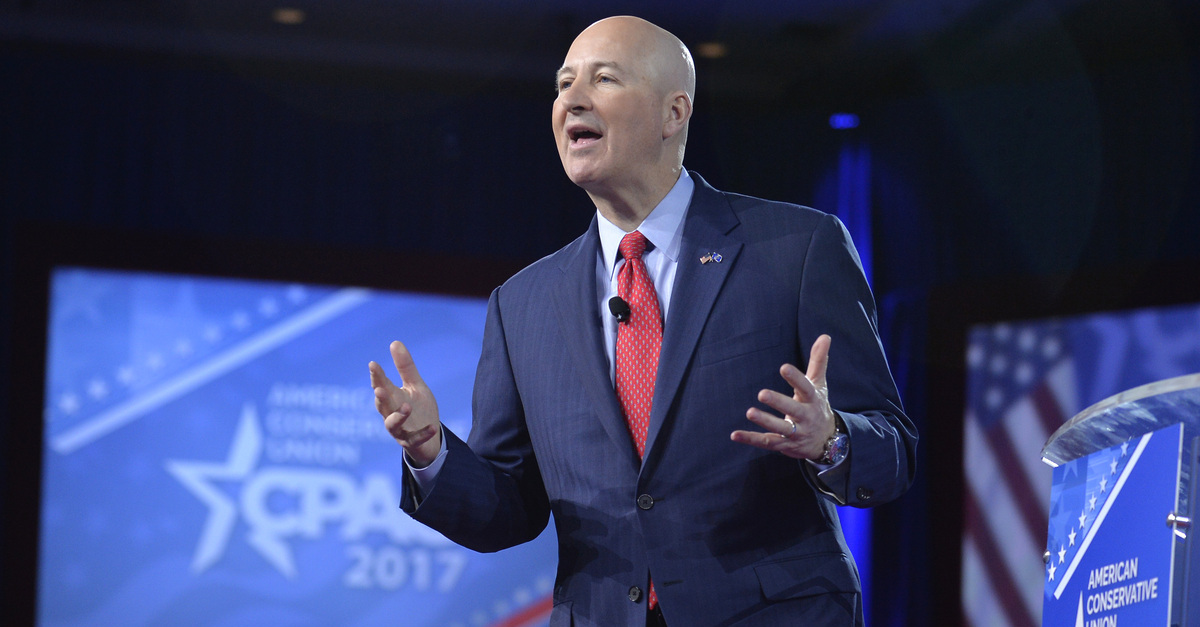 The revelations come by way of internal chat logs released last week by non-profit media collective Unicorn Riot and highlighted over the weekend by the group Anti-Fascist Action Nebraska. The highlights concern some 3,400 comments sent by Bennett Bressman over the Discord gaming platform and posted to a group chat for a popular white nationalist show on YouTube.

Posting as “bress222,” the governor’s now-former aide said “gays are scum of the earth,” and claimed that his “whole political ideology revolves around harming journalists.” Bressman also said he had “more compassion for small dogs than illegals” and made several references to various anti-Semitic tropes. He also claimed to have watched a documentary that repeats the well-known and serially-debunked anti-Semitic conspiracy theory the Protocols of the Elders of Zion

In another series of chats, Bressman admits to throwing eggs at an LGBTQ rally when he was younger–without ever being caught–and says that he would do so again. He later endorses the idea of running down Black Lives Matter protesters–saying the only downside would be the damage to his car.

The one-time GOP operative also appears fond of President Donald Trump‘s signature policy suggestion: a wall along the U.S.-Mexico border. He writes, at one point, “the wall made of mexican skulls just got 10 feet taller.”

Bressman also casually drops the n-word on multiple instances throughout the chat logs.

In comments Monday to the Lincoln Journal Star, Bressman admitted to posting the violent, racist and anti-Semitic material and apologized.

“Yes, that was my profile,” the 22-year-old told the outlet. “I’m not denying it. I understand how they look really bad and are really bad on their face. I regret what I said.”

According to Talking Points Memo, Bressman quickly took down his social media pages–including Linkedin and Instagram profiles. Archived Google searched by the outlet show that Bressman was assigned the title of the Ricketts’ campaign “Field Director.”

Ricketts responded to the news with a forceful denunciation on Monday morning.

“I am shocked and horrified to learn that this former staffer made these statements and I had no idea he harbored these feelings,” Ricketts told local news station 1011 NOW.

He never expressed these views to me. I condemn these statements and this hateful worldview, which do not reflect my beliefs or the beliefs of Nebraskans. I unequivocally denounce his hate-filled views towards Jewish people, LGBT people, African Americans, journalists, women, and others. I am particularly concerned about his anti-Semitic statements. Anti-Semitism has no place in society no matter where it hides.

The chat logs are still searchable but Bressman claims he recently had a change of heart and deleted his account in the neo-Nazi/white nationalist-friendly chatroom before his identity was revealed over the weekend.

“It makes me sick to my stomach to go back and read,” Bressman told the Journal Star. “There’s a big disconnect between those words and who I am. I am disgusted by them and a lot of what I said is sick and twisted.”