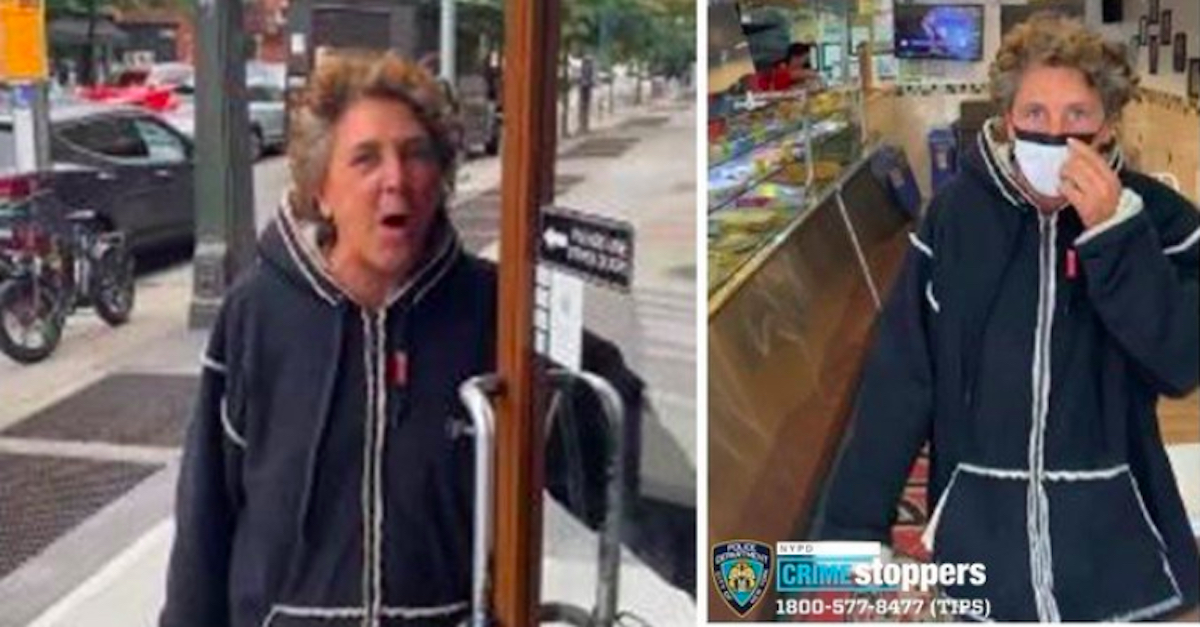 A white woman in New York City is accused of going off on an expletive-laden racist rant aimed at a Black mother and her two small children inside a Brooklyn pizzeria.  She then allegedly threw hot red pepper flakes at the mother and her 5-month-old daughter, several news outlets reported. The NYPD’s Hate Crime Task Force is currently investigating the incident, some of which was caught on video by onlookers.

According to the reports, the mother and her children were visiting Not Ray’s Pizza in Fort Greene on June 11 at approximately 5:20 p.m. when the white woman began hurling racial slurs at the Black family without provocation.

The 35-year-old mother, who works as a licensed realtor, did not want her name to be printed out of fear of retaliation against her and her children.

She told the newspaper that she was carrying her infant daughter in her arms and paying for her family’s pizza when the verbal assault began. Believing the woman may have had Tourette’s Syndrome, the mother tried to leave before a confrontation ensued.

“I walked away and she threw the red pepper in my baby’s face,” the mother told the Daily News. “I was very shocked because it’s New York City,” she said, adding that she “didn’t even make eye contact” with the screaming woman.

In an interview with NBC News, the mother explained that she was able to prevent the hot pepper flakes from getting in her infant’s eyes, nose, and mouth, but said she did have to explain to her kids what had transpired.

“I spoke to my children and I let them know that we’re humankind. We’re going to stand together. We’re going to continue to eat together and New York stand up,” the unidentified mother told the outlet.

The NYPD Hate Crime Task Force opened an investigation into the incident on June 16.

One police account described the incident as involving a different type of pepper.

“On 6/11/21 at 5:21 PM inside a Pizza shop at 694 Fulton St., Bklyn, a 36-year-old female patron, was exiting the location when a female entered, grabbed a shaker of black pepper, shook pepper at the victim and made anti-Black/anti-immigrant statements,” the task force posted to its official twitter account, along with two screengrabs of the woman from footage taken by a witness. The task force asked anyone who could help identify the woman to call 1-800-577-TIPS.

On 6/11/21 at 5:21 PM inside a Pizza shop at 694 Fulton St., Bklyn, a 36-year-old female patron, was exiting the location when a female entered, grabbed a shaker of black pepper, shook pepper at the victim and made anti-Black/anti-immigrant statements. Know her? ☎️1-800-577-TIPS. pic.twitter.com/mlaP0G9sql

Detective Annette Shelton of the Office of the Deputy Commissioner, Public Information (DCPI) on Saturday confirmed to Law&Crime that no arrests had been made, adding that “at this time the investigation is ongoing.”

Watch video of part of the incident below.