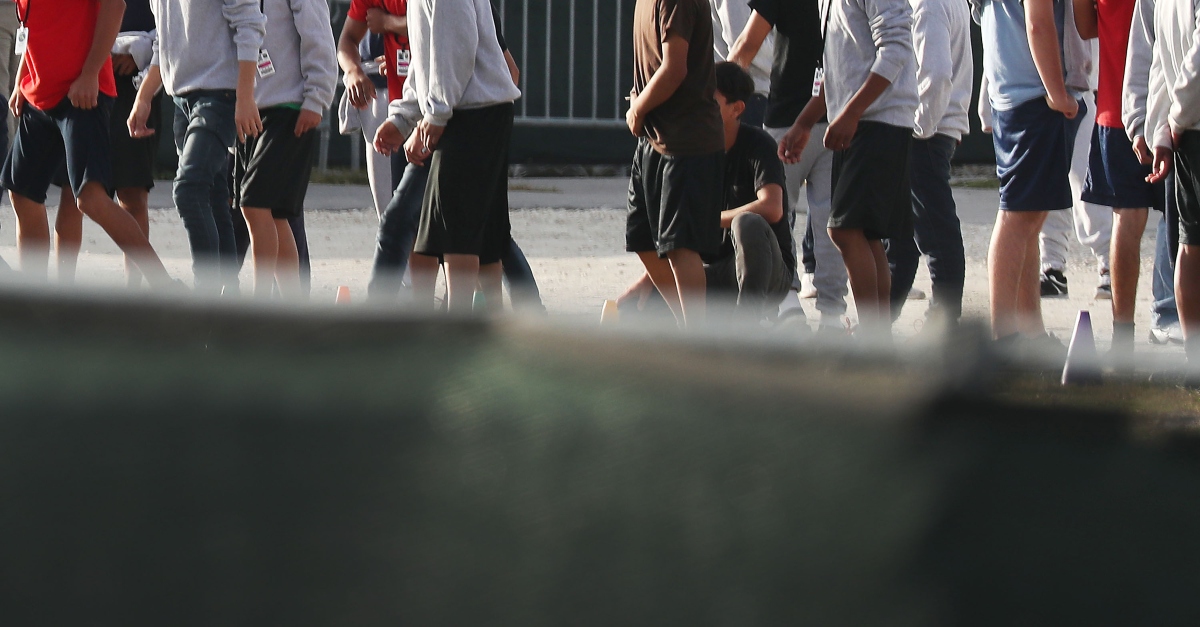 The Trump Administration has announced that it’s cutting legal aid, English classes, and recreational programs for unaccompanied migrant minors detained at federal migrant shelters, according to The Washington Post.

U.S. Health and Human Services spokesman Mark Weber confirmed that this includes activities considered “not directly necessary for the protection of life and safety,” such as “education services, legal services, and recreation.” Shelters have reportedly been told that the government won’t pay for things retroactive to May 22.

The ostensible logic behind this decision is that there’s just too many children and not enough money to go around. In any case, you can expect a legal challenge. Legal experts have already said the move was “illegal.”

Here’s how Joyce Alene, a law professor at the University of Alabama and a former US Attorney, responded to the report:

“Alabama passed a law designed to discourage undocumented children from attending school & The 11th Circuit cited Plyer v. Doe, the 1982 SCOTUS case, as part of the rationale for striking it,” she wrote. “SCOTUS declined to revisit the 11th Circuit ruling.”

She argued that the new cuts will get challenged in a “heartbeat.”

Seeing a lot of (understandably outraged) tweets about the canceling of English classes and recreation. But, beyond taking their soccer balls, I’ve got lots of questions about the Trump admin *canceling legal aid* to *federally detained minors* https://t.co/2470awagaG

[Image of children at shelter in Homestead, Florida via Joe Raedle/Getty Images]