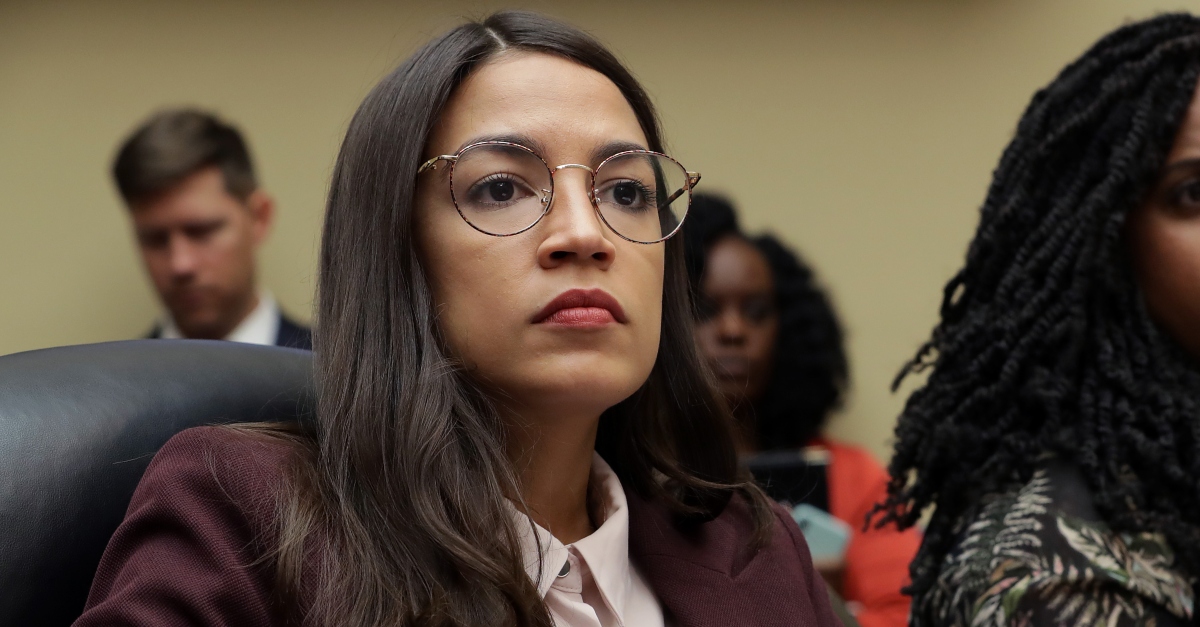 You’d have a hard time making a long list about the things Rep. Alexandria Ocasio-Cortez (NY-14th District) has in common with Republican President Donald Trump. They’re New Yorkers, they’re politicians, they’re both human, and, um…uh…oh! They’ve both argued that they can block people on Twitter, and that this doesn’t violate the First Amendment.

The congresswoman faces three lawsuits in federal court from critics who say that she violated their First Amendment rights by blocking them on Twitter from her ostensibly personal account @AOC. One of the plaintiffs is former New York assemblyman Dov Hikind, a Democrat with conservative leanings on some issues, like gay marriage.

Her attorneys in this court fight insist that her @AOC account is personal, and that the recent case Knight First Amendment Institute at Columbia University v. Trump doesn’t cover this instance, according to an August 14 letter obtained by Law&Crime.

The president was sued on a similar matter. Plaintiffs in his case were critics who lambasted Trump on Twitter. He lost the fight in a U.S. District Court, and again on appeal this year.

The Department of Justice had maintained that the president’s @realDonaldTrump account was his in a personal capacity, and not the government’s.

“And when he exercises the power enjoyed by all Twitter users to block other users from their own accounts, he is not using any authority belonging to or conferred on him by the federal government,” they wrote last August.

Ocasio-Cortez and Trump have ostensibly work-related accounts: @RepAOC and @POTUS respectively. But like the president and his @realDonaldTrump account, the congresswoman uses @AOC to often talk shop.

MoC are frequently asked to visit Israel to “see things for ourselves.”

But Netanyahu choosing to ban the only 2 Muslim women in Congress from entering tells the US that only *some* Americans are welcome to Israel, not all.

For decades, policies have prioritized coal corporations over coal workers.

No more. The best way to uplift coal communities is to center them in a #GreenNewDeal – by fully funding their pensions & investing in a #JustTransition.https://t.co/6VzySp6xcf https://t.co/RduG06r6EB

She has also used it to retweet peers, and pundits. 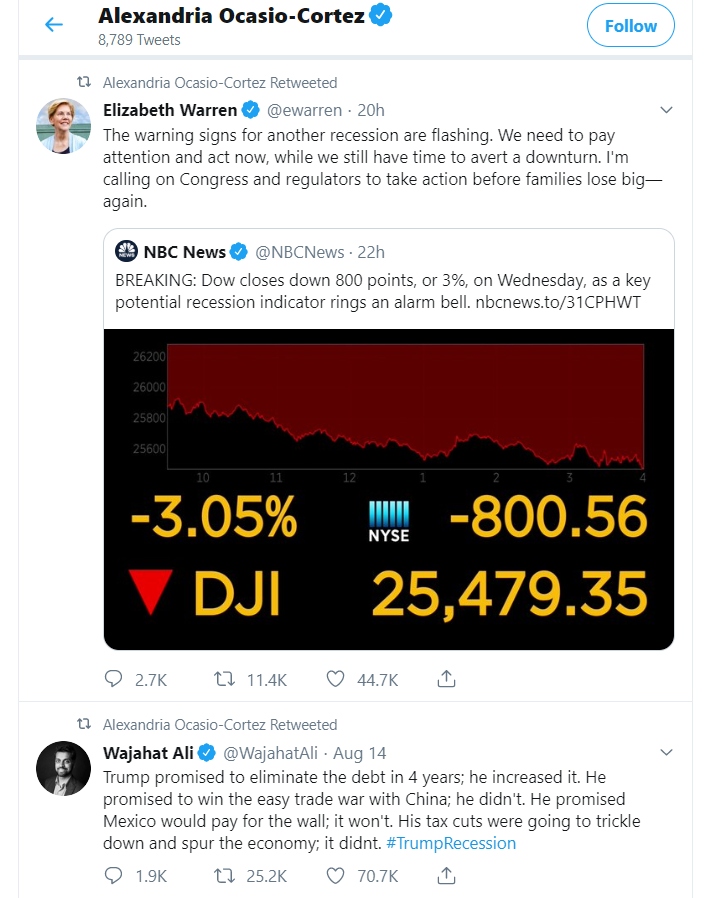 “Trump held that nominally ‘private’ Twitter accounts can in fact be government accounts for First Amendment purposes,” Cornell Tech Law Professor James Grimmelmann told Law&Crime in an email. “But there is one possible difference. Unlike Trump, she’s not able to announce binding government policy or major personnel changes in government via Twitter. Presidents, executives at other government levels, and agency officials who do have that kind of power might be in a different category than elected representatives to legislative bodies.”

As far as Ocasio-Cortez’s legal team is concerned, there’s meaningful difference between @AOC and @realDonaldTrump. They said that Trump didn’t hold that any account by a public official would trigger the First Amendment, according a August 14 letter to a federal judge in the Eastern District of New York. Basically, it’s supposed to be on a case-by-case basis.

They say the president and his White House staff characterized the account as official, that a White House employee helped operate the account, that the National Archives and Records Administration concluded these tweets were official and must be preserved until the law, and that it was one of the White House’s main ways of doing business.

A pre-motion conference is scheduled for September 5.