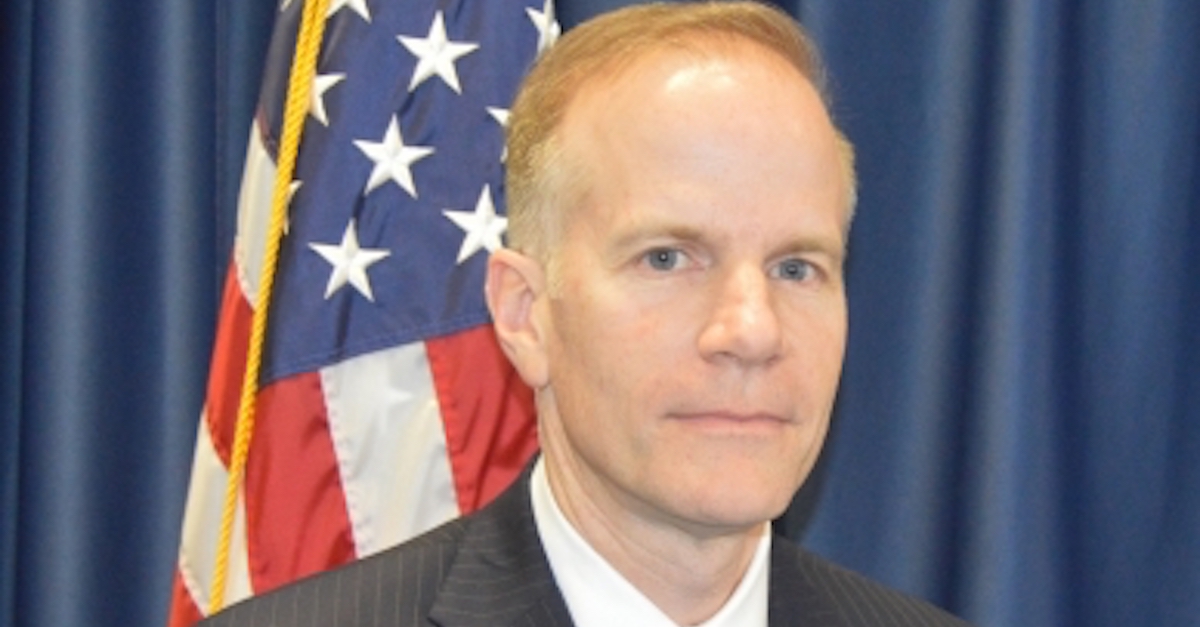 In the statement, McSwain claimed that the disrespect for the police in Philadelphia is so flagrant that “the suspect immediately opened fire on every single officer within shooting distance.” He then shifts the blame for this disrespect onto District Attorney Larry Krasner, claiming that “chants of ‘F*** the police’ and ‘No good cops in a racist system'” were shouted at the DA’s victory party.

McSwain then goes on to say that the DA “routinely call police and prosecutors corrupt and racist, even ‘war criminals’ that he compares to Nazis.” He then pivots to the alleged shooter, Maurice Hill, claiming that he has a “long rap sheet” and that the Philadelphia DA doesn’t provide “robust enforcement” of the law.

The tirade didn’t stop there, however. McSwain cites his prosecutorial record, claiming his office has prosecuted “70% more violent crimes this year than last year” due to the District Attorney’s “lawlessness.”

US Atty William McSwain on Philadelphia crime rate after a Soros-backed DA won: “Homicides and shootings have skyrocketed, worst kinds of violent crime have gone up…mid-level crimes have also gone up but they aren’t being reported…DA has said he’s not going to prosecute them” pic.twitter.com/S1a3pZyqaN

This is not the first time McSwain has come out swinging against local prosecutors. He also went on Fox News’ Tucker Carlson‘s show earlier this summer to air his grievances, claiming that “Philadelphia is the laboratory where this experiment of Soros-funded prosecutors is playing out,” echoing right-wing conspiracy theories that George Soros is a leading member of the New World Order.

“What Mr. Soros wants to do is to implement his radical agenda and he realizes he can’t do that through the normal democratic process,” McSwain said, claiming Soros is using the DA office as a means of circumventing legislative procedure.

He also claims that non-violent crimes are on the rise in Philadelphia as well but go unreported because Krasner has refused to prosecute the alleged criminals. When asked as to why Soros would want violence in the streets of Philadelphia, McSwain answered vaguely: “criminals are the winners in this story.”

Correction: We changed the headline to reflect that the statements that McSwain made on Fox News were made before the Philadelphia shooting. The statement criticizing the DA was released today.

[Photo via US Department of Justice]