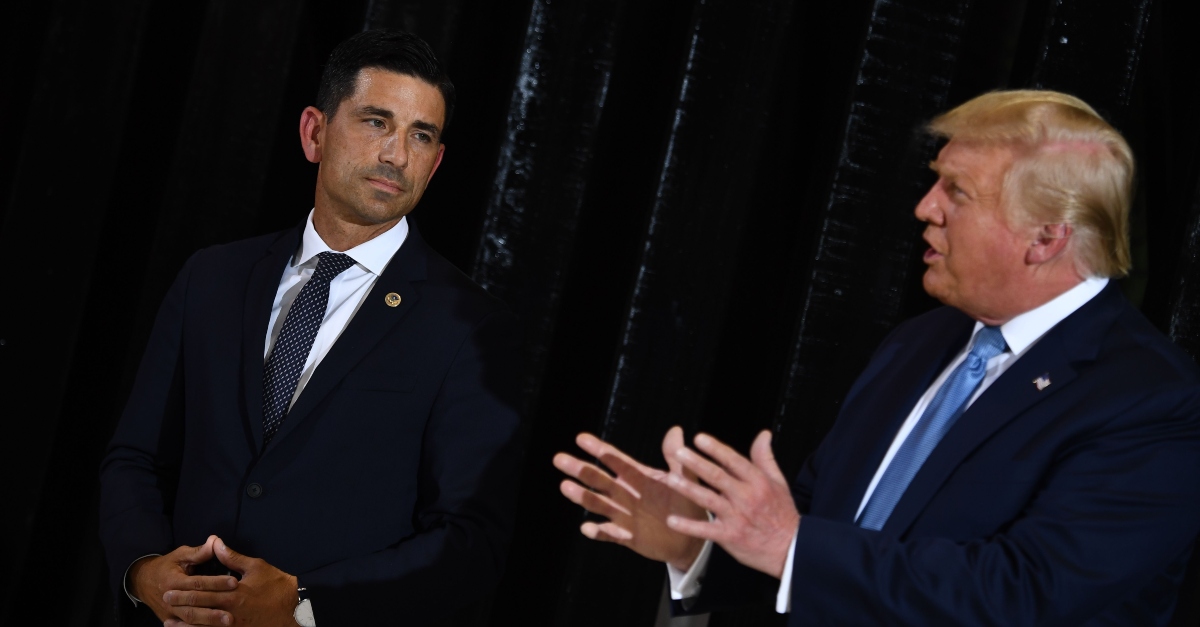 In the past few weeks, Acting Department of Homeland Security (DHS) Secretary Chad Wolf delivered seemingly contradictory statements regarding federal intervention in local security matters. Shortly after a combination of federal forces arrived in July in Portland, Oregon, he tweeted, “I don’t need invitations by the state, state mayors or state governors to do our job.” But when asked Aug. 23 on CNN whether DHS would provide security for the Nov. 3 general election, Wolf responded, “We don’t have any authority to do that.”

What is the difference? Can DHS and other federal forces police a city, such as Portland, without an invitation but not do so to provide security for the general election?

But the president has no authority to direct a sheriff, other local law enforcement or federal police forces to polling places on Election Day. In establishing a federal government with limited powers, the U.S. Constitution did not include a general police power. The authority to police on a local level is largely reserved to the states under the 10th Amendment.

Federal law, however, gives the federal government the authority to send in federal forces to protect federal property, ensure that federal law is upheld and enforce federal court orders, whether or not such activities are requested by local authorities. It also allows the U.S. Department of Justice (DOJ) to monitor compliance with federal voting rights laws, including prohibitions on fraud and voter intimidation.

History is replete with situations where federal forces were sent to either keep the peace or ensure the rights of U.S. citizens and operated under the control of the president. Federal forces intervened in railroad strikes in 1877 and 1894. They were sent to the South during the civil rights movement in the 1950s and ’60s to enforce federal judges’ school desegregation orders. And they assisted local police in major U.S. cities during riots after the death of Dr. Martin Luther King Jr. in 1968 and helped the Los Angeles police control riots nearly 25 years later after several police officers were acquitted for beating Rodney King with nightsticks.

In Portland, the additional federal forces the DHS said were necessary to protect the federal courthouse have largely been withdrawn. A July 17 lawsuit by Oregon’s attorney general to limit their activities was denied by a federal judge for lack of “standing,” although several other individual lawsuits remain related to complaints that the federal forces acted unconstitutionally.

While the federal government does not need permission to enter a city for specific law enforcement purposes, the conduct of its agents has limits and is subject to judicial review, as the pending lawsuits show. But establishing civil liability for law enforcement misconduct is difficult, for reasons explained in a previous ABA Fact Check on police immunity.

Elections are different, however. Through its elections clause, the U.S. Constitution directs and empowers states to determine the “Times, Places, and Manner” of federal elections. As a Congressional Research Service report showed, state and local laws regarding police at polling places vary. For example, in Pennsylvania police are required to remain at least 100 feet from a polling place unless summoned. By contrast, in New York City, at least one police officer is assigned to each polling place. These laws regulate the use of state or local law enforcement personnel; federal forces are not permitted except in very narrow circumstances.

The authority of the federal government is limited to federal election law violations, as explained in a 2017 U.S. Department of Justice paper. These federal laws relate to registration or election fraud, campaign finance and deprivation of or interference with the right to vote, among other issues. In addition, Congress constitutionally has the power to pass federal laws regulating federal elections that automatically preempt any contrary state statutes, but only to the extent that they regulate federal elections. Federal law specifically bars a military or federal civil police authority from ordering “any troops of armed men at any place where a general or special election is held, unless such force be necessary to repel armed enemies of the United States.” Violation of this statute carries a fine and up to five years in jail.

Acting Secretary Wolf is right that the Executive Branch has no authority to provide security for elections. From a legal standpoint, the DHS acting chief can direct federal forces into a city, as he did to Portland in July, to protect a federal building or to serve some other federal interest. But if he or another top federal official ordered — whether independently or at the president’s behest — federal forces to police an election beyond legal monitoring by the DOJ, that order could well be illegal and subject the official to federal and state criminal penalties.