Lawsuit Seeks Reparations for Black Wall Street Massacre: Survivor, 105, Has Flashbacks of Bodies ‘Stacked Up on the Street’ 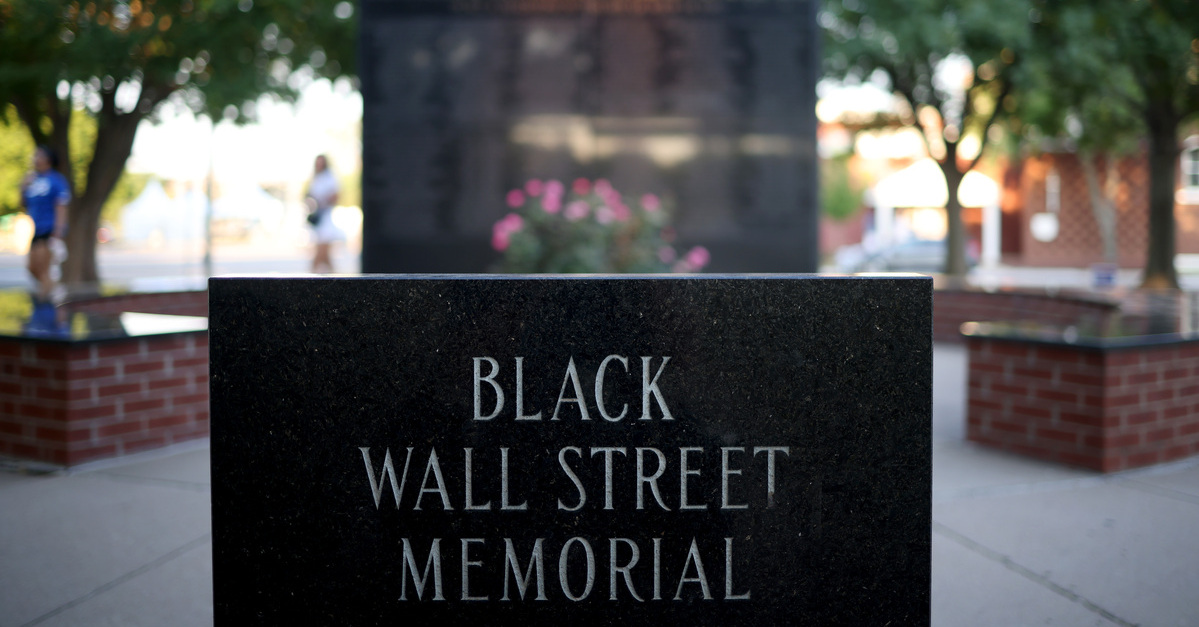 One of the last remaining survivors of the Black Wall Street Massacre of 1921 is suing the City of Tulsa, Oklahoma for reparations over local government’s complicity in that infamous racist destruction of Black lives and wealth on a massive scale.

During that incident, recently dramatized via HBO’s Watchmen, white residents and local authorities worked in concert to conduct a two-day reign of terror and bloodshed against Tulsa’s economically prosperous, affluent and Black-owned Greenwood District, colloquially known as the Black Wall Street.

Around 300 people were killed and millions of dollars of damage were looted from Oklahoma’s Black population in what is widely considered “the single worst incident of racial violence in American history.” Victims were cast into something approaching war refugee status and scattered across the country.

A large, angry white mob, including some members of the Tulsa Police Department, the Tulsa County Sheriff’s Department, and the National Guard, as well as other City and County leaders and members of the Chamber of Commerce, overwhelmed the approximately 35-square-block community, killing hundreds of Black residents, injuring thousands more, burning down over one thousand homes and businesses, and stealing residents’ personal property. This brutal, inhumane attack…robbed thousands of African Americans of their right of self-determination on which they had built this self-sustaining community, and annoyed, injured and endangered the comfort, repose, health, and safety of the members of the Greenwood community, and rendered them insecure in their lives and the use of their real and personal property.

“Defendants unlawfully detained thousands of Greenwood survivors and enacted unconstitutional laws that deprived Greenwood residents of the reasonable use of their property,” the filing continues. “From the period immediately after the massacre until the present day, [Tulsa has] actively and unlawfully thwarted the community’s efforts to rebuild, neglecting the Greenwood and predominantly Black, North Tulsa communities. Instead, Defendants redirected public resources to benefit the overwhelmingly white parts of Tulsa.”

The lawsuit went on to say that so-called “Urban Renewal” programs have exacerbated “the destruction” of Tulsa’s Black community into the present day.

“As a direct result, plaintiffs and other Greenwood and North Tulsa residents and their descendants have experienced and continue to experience insecurity in their lives and property and their sense of comfort, health, and safety has been destroyed,” the lawsuit said. “Plaintiffs seek to abate this public nuisance that has continued to plague Tulsa’s Black community for nearly one hundred years.”

Now, the victims and their descendants have to filed a lawsuit to get back what was stolen.

The lawsuit filed by 105-year-old lead plaintiff Lessie Benningfield Randle “seeks to remedy the ongoing nuisance caused” by the massacre “and to obtain benefits unjustly received” by Tulsa and the other named defendants as a result of the massacre.

Defendants looted and destroyed Mother Randle’s grandmother’s home, rendered her insecure in her health and sense of safety in the immediate aftermath of the massacre and caused her to have emotional physical distress that continues to this day. She experiences flashbacks of Black bodies that were stacked up on the street as her neighborhood was burning, causing her to constantly relieve the terror of May 31, and June 1, 1921. The massacre left her family without sufficient financial resources to provide the needed physical and emotional support to overcome the terror of the massacre. Throughout her life, she has struggled financially, emotionally, and socially as a result of the continuing public nuisance and will do so until the nuisance is abated.

After the residents of Greenwood attempted to fight back against the violence, the National Guard arrived and joined in on the wholesale slaughter, destruction and looting, the lawsuit said.

“In allowing its police officers and deputized white residents to engage in the aforementioned conduct, City, County and State elected leaders breached their duty to protect the security of all Tulsa residents without regard to race, and affirmatively acted to injure and endanger the comfort, repose, health, safety, lives and property of Greenwood’s African American residents,” the lawsuit said, repeating the statutory language used in Oklahoma’s nuisance law.

Styled as an action in tort, the lawsuit is premised on two violations: (1) public nuisance; and (2) unjust enrichment.

The plaintiffs estimated direct damages in excess of $50-100 million. The lawsuit also demanded the reconstruction of the Greenwood district, abatement of taxes for victims of the massacre for the next 99 years, an audit of Tulsa land records and restoration of the stolen properties, the value of the lives lost during the massacre, the value of all personal property seized during the massacre, the value of the emotional and physical trauma suffered by the plaintiffs and their descendants, punitive damages, and attorney’s fees.