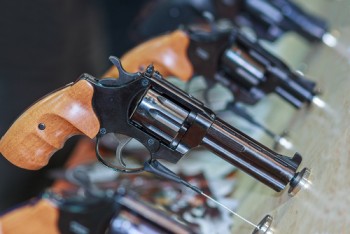 The Second Amendment protection of the right to keep and bear arms also includes the right to buy and sell firearms, a federal court of appeals ruled on Monday.

“If the Second Amendment individual right to keep and bear a handgun for self-defense is to have any meaning, it must protect an eligible individual’s right to purchase a handgun, as well as the complimentary right to sell handguns,” Judge Diarmuid F. O’Scannlain wrote in the panel’s 2-1 majority opinion (internal citations omitted). “The right to purchase and to sell firearms is part and parcel of the historically recognized right to keep and to bear arms.”

The lawsuit was brought by three businessmen after Alameda County, CA denied their application to operate a guns shop at a location in Alameda County, CA   The County cited a zoning ordinance law that prohibits gun shops from being located within 500 feet of residential property.  The County argued the zoning law was justified to prevent gun related violence and crimes.

The businessmen claimed the ordinance effectively operated to prohibit all new gun shops in the County because there are no available parcels that meet the zoning requirements.  They argue this violated the 2nd Amendment.

The 9th Circuit majority ruled that the case will be remanded to the District Court to hold an evidentiary hearing where the County must provide “at least some evidentiary showing that gun stores increase crime around their locations.”

“The right of law-abiding citizens to keep and bear arms is not a second-class right, subject to an entirely different body of rules than the other Bill of Rights guarantees…,’” Judge O’Scannlain wrote.  “Just as we have a duty to treat with suspicion governmental encroachments on the right of citizens to engage in political speech or to practice their religion, we must exert equal diligence in ensuring that the right of the people to keep and to bear arms is not undermined by hostile regulatory measures.”

Alameda County officials are reportedly considering petitioning the 9th Circuit to rehear the case, en banc.  “Our intent is to continue to defend our ordinance,” Donna Ziegler, Alameda County counsel, said to the Wall Street Journal.

Although most analysis suggests this opinion is in line with recent decisions in other federal circuits, it is somewhat surprising coming out the generally more liberal 9th Circuit.