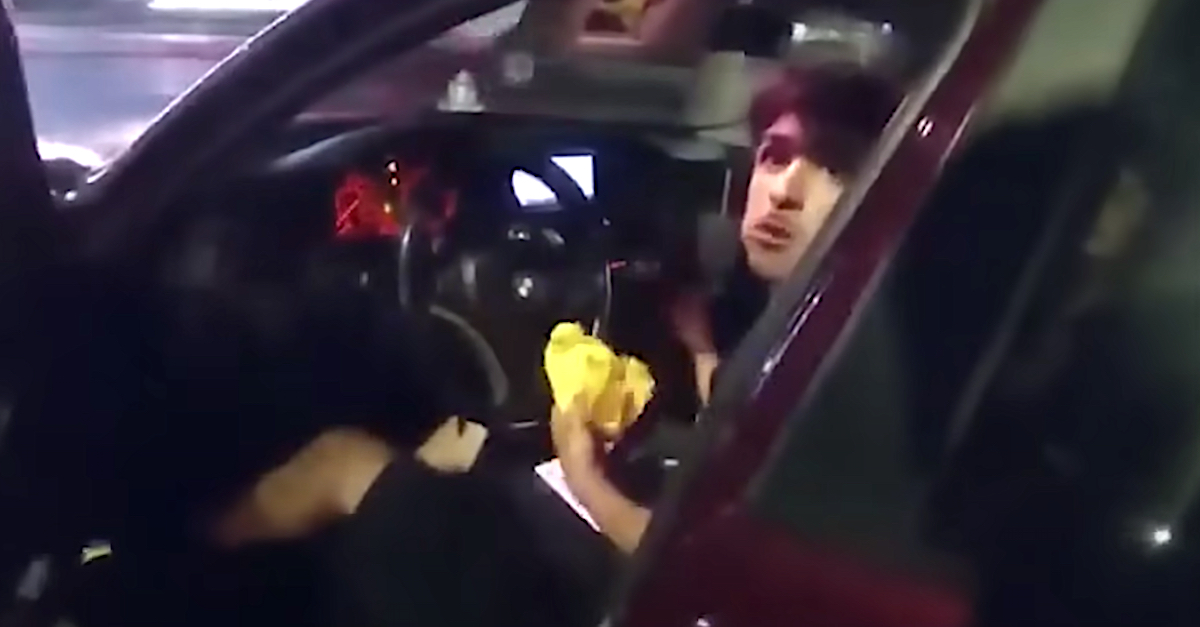 A fired San Antonio, Texas police officer has been charged with two counts of aggravated assault by a public servant after shooting and severely injuring a teen who was eating a hamburger in his car.

Body camera video shows that Brennand approached a car occupied by Erik Cantu, 17, grabbed the door handle, and opened the door. He immediately ordered Cantu to “get out of the car” without additional explanation. Cantu, in the driver’s seat, appears to have been startled as he chewed on a hamburger.  He looked back over his left shoulder at Brennand. With a yellow fast food wrapper in his left hand, he grabbed his gear selector with his right hand. He then grabbed his steering wheel with both hands and tried to back up. His car door, which remained open, apparently touched or truck Brennand in the process.

Cantu attempted to drive off; Brennand gave chase on foot and continued to unload his weapon into the car as it drove away from him. 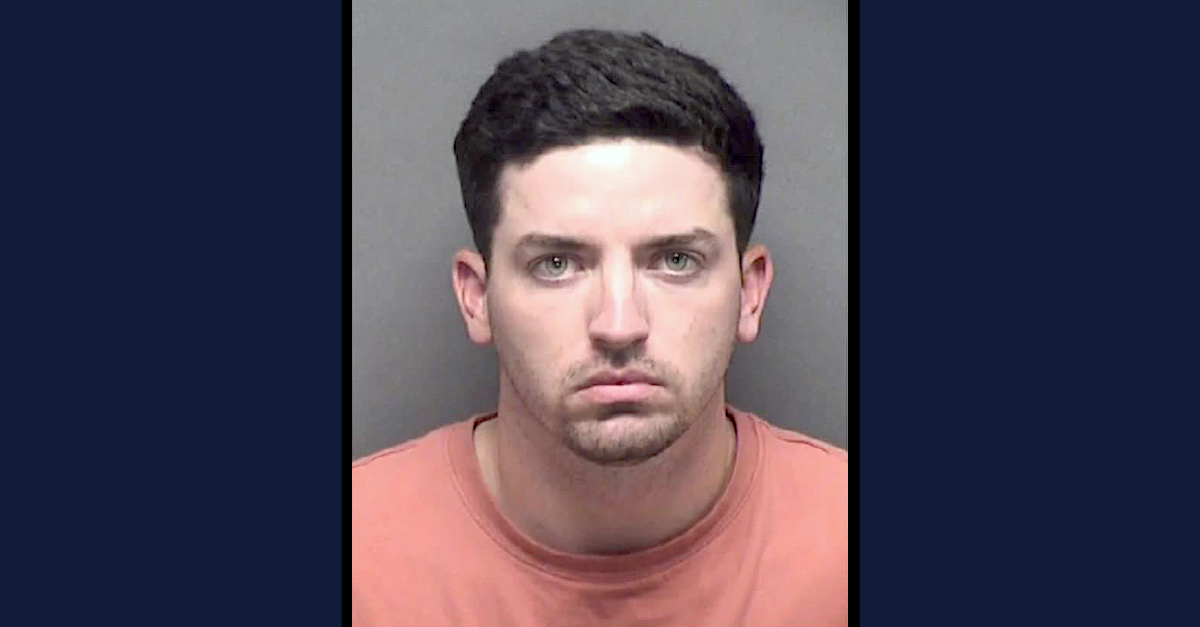 Brennand was fired for violating his police department’s “tactics, training, and procedures,” KHOU-TV reported. Brennand had only been on the force for about seven months and was a “probationary officer” when he was jettisoned from the force, the TV station added.

The officer was dispatched to the McDonald’s in question because of a call for a disturbance. Cantu wasn’t involved. Rather, the body camera video shows Brennand telling dispatchers that he believed Cantu’s vehicle was involved in a separate incident from “the other day.”

Brennan said he thought the car was stolen, according to the Associated Press. It is unclear whether the car was, indeed, stolen.

At a press conference, Police Chief William McManus defended his department’s training procedures and blamed Brennand individually for what occurred, the AP noted.

Both CNN and local reports say he turned himself in. Jail records say he was booked into custody at 9:23 p.m. on Tuesday and bonded out at 2:38 a.m. Wednesday.

The two charges against Brennand are proceeding under separate case numbers, the court docket and jail records both indicate. (The police chief said the twin charges involved Cantu and a passenger in his car — with one charge for each occupant.) Bond in each case was listed as $100,000. Pretrial hearings are scheduled for Nov. 23 in both matters.

A formal indictment has not yet been issued, the docket states.

Cantu was charged with evading a vehicle and aggravated assault, according to the San Antonio Express News website MySanAntonio.com. However, Bexar County District Attorney Joe Gonzales dismissed the charges “for the time being so the teenager’s family could be with him in the hospital,” the newspaper said.

The relevant statute under which Brennand is charged — aggravated assault by a public servant — involves several statutes.

Under Texas law, an assault occurs when a defendant “intentionally, knowingly, or recklessly causes bodily injury to another” or “intentionally or knowingly causes physical contact with another when the person knows or should reasonably believe that the other will regard the contact as offensive or provocative.”

The assault becomes aggravated — a second-degree felony — when it either “causes serious bodily injury” or if the perpetrator “uses or exhibits a deadly weapon.”

The crime becomes a first-degree felony regardless of the “aggravated” nature of the offense when it “is committed . . . by a public servant acting under color of the servant’s office or employment.”

A first-degree felony is generally punishable under Texas law by a sentence of life in prison or a sentence of anywhere between 5 and 99 years in prison.

Some of the available body camera video is below: