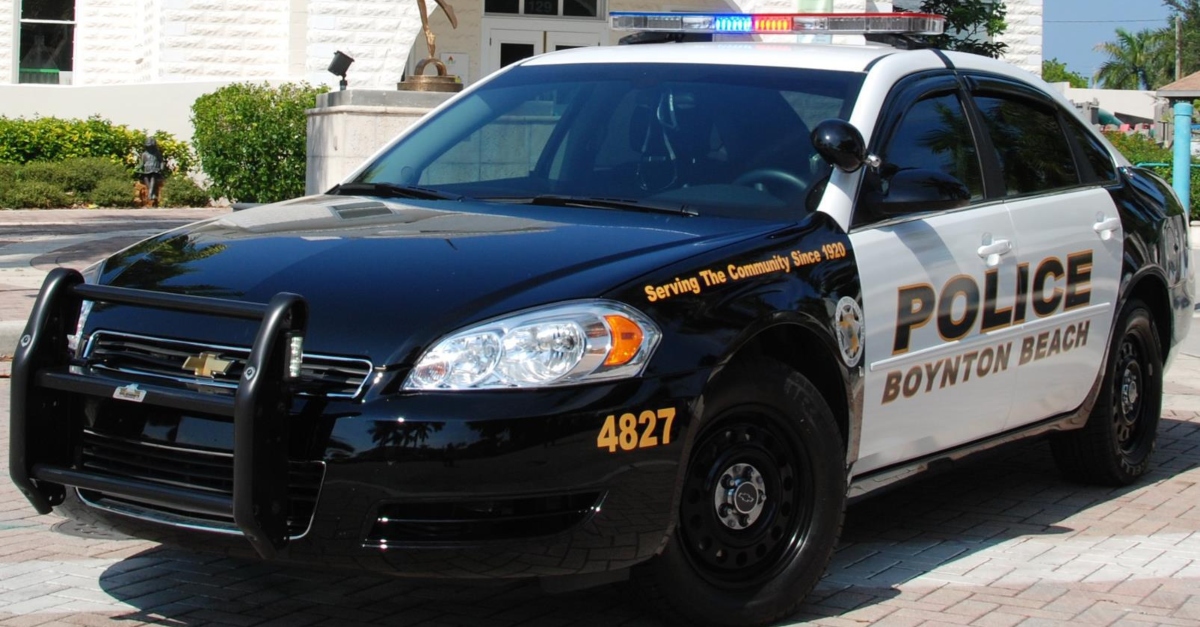 A Florida appeals court judge disagreed with her colleagues this week who refused to grant relief to a mother arrested, in part, for recording the police officers who were arresting her son.  The dissenting judge warned that the ruling could criminalize incidents like the bystander video which showed Derek Chauvin‘s restraint of George Floyd.  That video precipitated a global conversation on police reform. Chauvin was convicted of murder in part because of the video.

Florida’s Fourth District Court of Appeal ruled 2-1 that officers had probable cause to arrest plaintiff Tasha Ford, though prosecutors never ended up filing charges against her.  The proffered reason for Ford’s 2009 arrest was two-fold:  officers accused the mother of (1) intercepting oral communications (wiretapping) and (2) of obstructing justice without violence. Ford sued the city in civil court on the grounds that her arrest violated her civil rights.

As described in the opinion, cops were attempting to arrest Ford’s son for trespassing in a theater after the son allegedly snuck in without paying. One of the officers allegedly slammed the son against the hood of a car after the son mistook the officer for a security guard. Ford arrived and spoke to officers on the sidewalk. She approached them with her cell phone recording.

What followed was a back-and-forth dispute.

From the majority opinion by Judges Melanie G. May and Edward L. Artau:

The court construed Ford as uncooperative, as lying to the police after she pretended to stop recording, and as failing to give her address (saying she’d recently moved to the area and was staying with her mother).

Judges May and Artau ruled there was enough evidence for officers to arrest Ford for obstructing justice — while fully admitting that the police were the ones who called Ford to the theater to pick up her son:

A review of the recorded incident reveals the plaintiff’s approach to the officers was designed to impede what should have been a short, uneventful exchange of her son’s custody. Having been stopped for sneaking into a movie theatre without paying admission, law enforcement sought to avoid the juvenile’s arrest by contacting his mother to come and get him. Rather than discuss the circumstances leading to her son’s detention, she immediately became confrontational and began recording the officers.

When directed to provide her address, she was unable to do so. When directed to stop recording, she refused to do so. And when the officers calmly asked to speak with her, she accused them of escalating the situation. The plaintiff consistently and persistently failed to comply with the officers’ direction and requests. In short, she obstructed their investigation and processing of her son’s detention—a lawful execution of their duty.

The trial court reviewed the video in its entirety and found probable cause for the plaintiff’s arrest for obstruction without violence. We have done the same. We too find probable cause.

The majority refused to touch the wiretapping matter.

Dissenting Judge Martha Warner was displeased by the court’s refusal to cut to the heart of the matter.  She opined that the police never had a reasonable expectation of privacy and that the majority’s decision would, in essence, turn someone like the bystander who famously recorded Derek Chauvin into a criminal.

“Here, the conversation occurred on the sidewalk in front of a movie theater and next to the parking lot where people were going in and out,” reads Warner’s dissent (internal punctuation omitted). “It was a very public place. Further, the conversations occurred in front of several people, mostly other officers, but also other random pedestrians who encountered the officers . . . the number of persons present when the statements were recorded show that it was not a private conversation. Moreover, the officers own language indicates that they did not seek to preserve their communication as private, or take precautions to keep the conversation private.”

Warner noted that as seen on the video, the lead officer called out to a family he apparently knew.

“Hey, we’re doing our job! Look, isn’t this [unintelligible]?” he said in the dissenting opinion.

Warner reasoned that the officer was not worried about his privacy — thus, in her view, defeating the wiretapping claim.

“Moreover, at the beginning of appellant’s conversation with the lead officer she tells him that she is recording, and he gives permission, ‘Um, yeah you can. Um, may — maybe,'” the judge wrote. “Where the officers communicated in an open public area, and knowingly exposed their communication to third parties, there can be no reasonable expectation of privacy.”

Warner acknowledged that Ford raised her voice at officers but believed that fact was not enough to constitute obstruction because it was verbal, not physical.

“Here, appellant asked the officers questions and raised her voice when she discovered that they planned to arrest her son,” she wrote. “She did not curse at the officers (although cursing alone would never be sufficient to constitute obstruction). She did not stand between her child and the officers so as to physically impede their duties. She merely passionately expressed herself as any mother might do.”

As far as the dissent was concerned, Ford lied about whether she was recording during the encounter, but that had nothing to do with whether or not she was preventing the officer from processing the arrest of her son.  Citing case law, Judge Warner said giving a false name is an example of a lie which would have resulted in a valid obstruction charge.  Lying about recording was nothing

The dissenting judge then drew parallels between Ford’s case and the recording of the death of George Floyd in police custody.

“I would hold that a law enforcement officer has no reasonable subjective expectation of privacy in conversations he has with the public or the arrestee in the performance of the officer’s duties in public places,” Warner wrote. “They are performing a public duty at the time, and the public has a right to hear their words.”

“A rule otherwise would mean that everyone who pulls out a cell phone to record an interaction with police, whether as a bystander, a witness, or a suspect, is committing a crime,” Warner continued. “Given how important cell phone videos have been for police accountability across the nation, I do not believe that society is ready to recognize that the recording of those interactions, which include audio recordings, are somehow subject to the officer’s right of privacy. If that were the case, then had the individual who recorded George Floyd saying to the officers ‘I can’t breathe’ been in Florida, he would have been guilty of a crime.”

Darnella Frazier was 17 when she recorded the fatal May 25, 2020 incident in which Minneapolis police officer Derek Chauvin knelt on George Floyd’s neck. Chauvin was fired from the department as Frazier’s video garnered him infamy. He was subsequently convicted of murder and manslaughter charges.  He was also just indicted on federal charges that he violated the civil rights of Floyd and of another suspect.

“We are disappointed with the majority opinion, which abandoned the court’s own precedent and affirmed on a narrow ground,” said Ford’s attorney, Samuel Alexander. “Judge Warner’s well-written dissent is correct — police do not have a reasonable expectation of privacy when performing their duties in public, and under the ‘well established’ law in Florida there was no probable cause for Ms. Ford’s arrest. We are considering our next steps.”