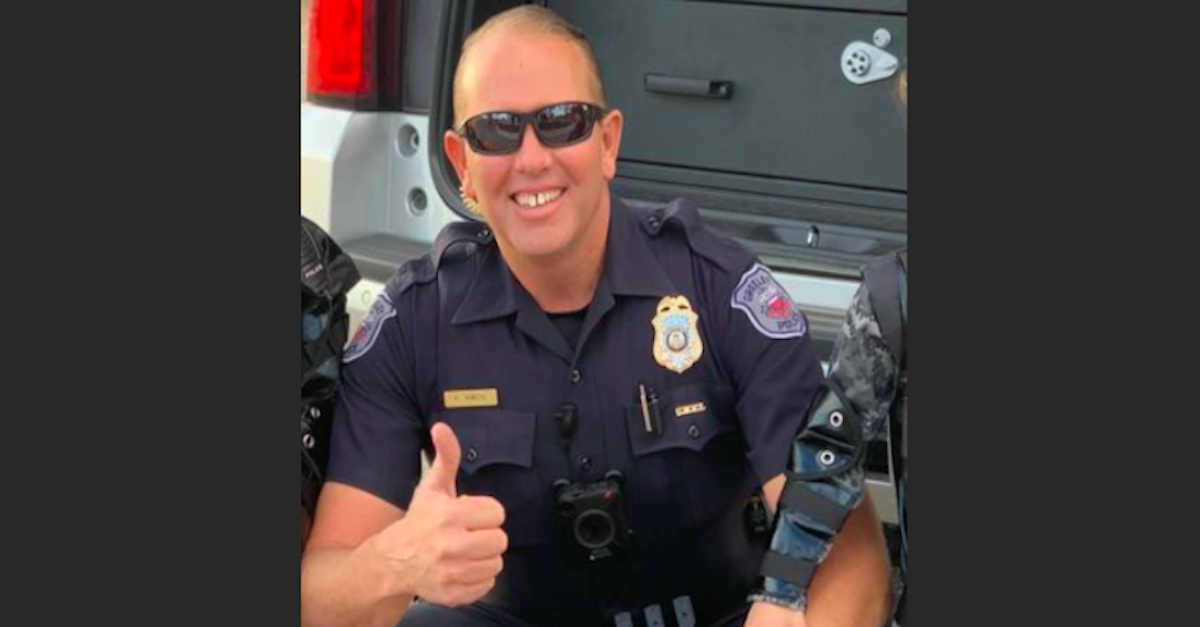 Officer Ken Amick of the Greeley Police Department in Colorado

A Colorado police officer is facing felony assault charges after two of his fellow officers reported him for allegedly using an illegal chokehold on a suspect during an arrest earlier this month, several local news outlets reported.

Officer Ken Amick, who has been with the Greeley Police Department since 2006, was placed on unpaid leave after Weld County prosecutors filed second degree assault charges — a Class 4 felony — against him in connection with his June 7 arrest of suspect Matthew Wilson.

According to the reports, Amick and several other officers responded to an alarm that had been set off at City Center North. Upon arriving on the scene, City Center employee informed the officers that a man had been threatening to set the building on fire. The officers located the suspect in the building lobby and identified him as Wilson.

Amick then learned that there was already an outstanding warrant for Wilson’s arrest. He proceeded to take the suspect into custody in the building lobby.

As Amick was walking Wilson out of the building, Wilson complained that the handcuffs were too tight around his wrists and became increasingly “agitated,” police said.

“Officer Amick suddenly placed (the man) into a chokehold,” the department said in a news release. “After several seconds, (the man) showed ill effects from this hold while being placed on the ground. A second officer attempted to intervene during this initial encounter.”

The other officers checked on Wilson’s condition and helped him back to his feet. While still handcuffed, Wilson then grabbed Amick’s hand. Amick then used his knee to strike Wilson in the leg several times as the suspect complained about being subjected to excessive force, the department said. 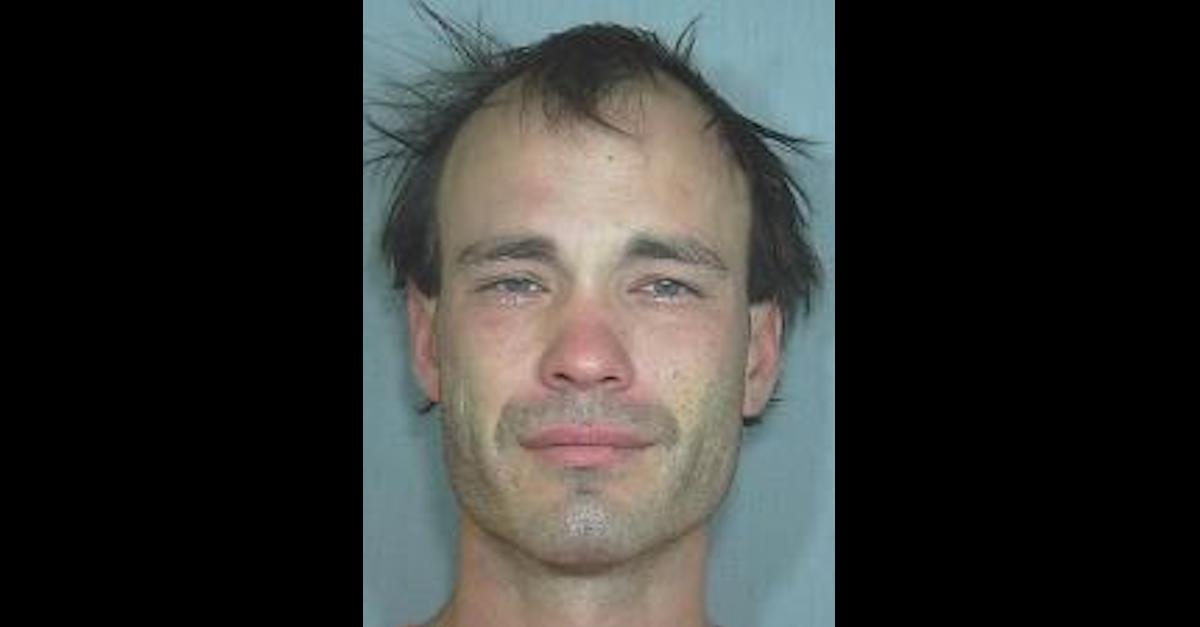 Wilson and two other officers who were on the scene all reported to police supervisors that Amick used excessive force in Wilson’s arrest. Amick was immediately removed from patrol duty pending an internal investigation. That investigation concluded that there was probable cause for the district attorney to bring charges against Amick, who has since been placed on unpaid leave from the department.

Colorado state lawmakers passed a law in June 2020 outlawing the use of chokeholds by law enforcement officers. That sweeping police reform law, SB20-217, was passed in the wake of George Floyd’s death at the hands of police officers in Minnesota; it requires Colorado officers to affirmatively intervene when witnessing a colleague using excessive force.  The bill reads, in relevant part:

(2.5) (a) A peace officer is prohibited from using a chokehold upon another person.

(b) (I) For the purposes of this subsection (2.5), “chokehold” means a method by which a person applies sufficient pressure to a person to make breathing difficult or impossible and includes but is not limited to any pressure to the neck, throat, or windpipe that may prevent or hinder breathing or reduce intake of air.

(II) “Chokehold” also means applying pressure to a person’s neck on either side of the windpipe, but not to the windpipe itself, to stop the flow of blood to the brain via the carotid arteries.

Under Colorado law, a Class 4 felony committed on or after July 1, 2018 is generally punishable by between two and six years behind bars and a mandatory period of parole of three years.

The Greeley Police Department did not immediately respond to an inquiry from Law&Crime for additional information on the incident.

According to the district attorney’s office, Amick will be in court on Aug. 23rd.  It is unclear if he has an attorney in this matter.