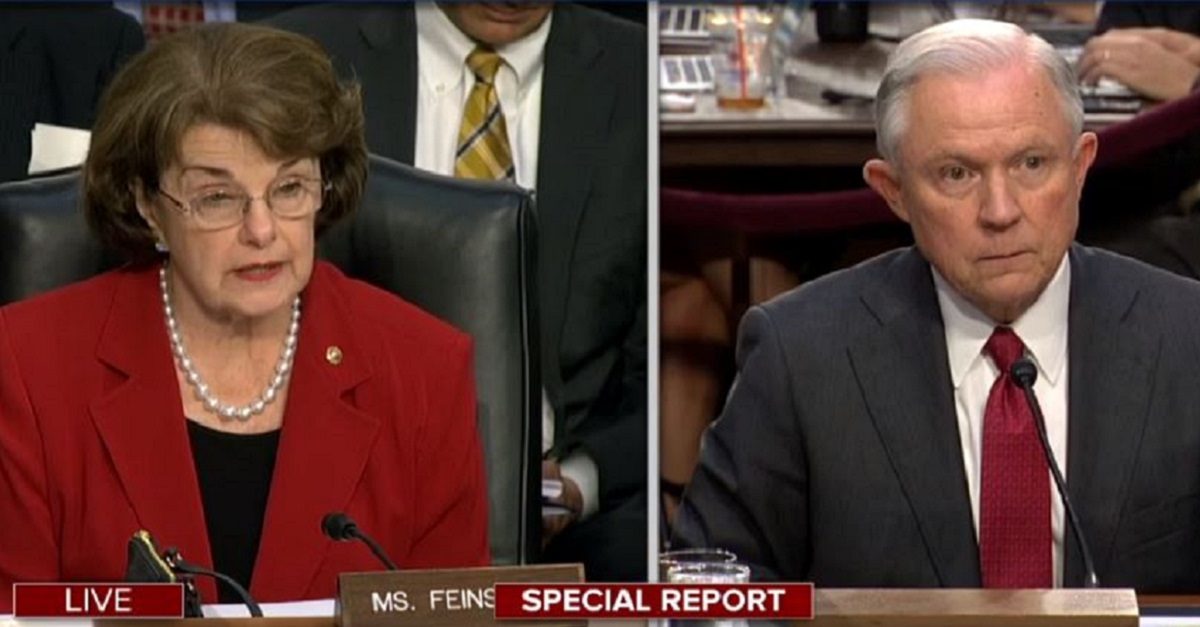 There’s been plenty of talk–and doublespeak–about what’s been going on at the southern border. The way things are headed, however, talk is all we’re going to get, and there are plenty of reasons why.

For starters, of course, the Trump administration believes in their cause, and doesn’t see reason to change. Another reason is that what’s going on, while terribly sad for the children caught in the middle, is perfectly legal and a whole lot more nuanced than the general narrative tends to portray. Finally, for all of their outrage, Democrats aren’t trying to do a whole lot about it–or at least, not the right things.

Let’s back up a bit with a brief explainer: The administration recently implemented a zero tolerance policy when it comes to prosecuting people who cross the border illegally. As a result, they’re sent into federal custody. Because children can’t go with them, any kids they bring with them are left in the horrible situation of being separately detained. The administration is thus being accused of having a policy of separating families who cross the border illegally, though deny it, saying at the same time that separation is both 1) a byproduct of prosecution, not the goal and 2) a potential deterrent for future illegal crossings.

Improper entry by an alien is a federal crime, so if someone breaks the law, authorities are allowed to enforce it. While it’s tragic when children suffer for this, it’s a pretty common occurrence in our criminal justice system, not just when it comes to immigration. If American parents commit a crime, they’ll be separated from their kids too, even if it’s temporary.

Previous administrations have chosen not to prosecute everyone who violates this, opting instead to handle them through a civil process that can lead to deportation.  In such cases, families were kept together, even while being detained.

The previous policy looked at individual situations to determine how to handle them. The current administration is using a blanket policy to say that anyone who crosses illegally will be treated the same way, no matter the circumstances. As a former prosecutor who has had to work under blanket policies, I can say that they are terrible ideas that result in some pretty messed up results that would be avoided if people were allowed to look at specific situations and use common sense. That being said, they’re not illegal. It might be different if the policy was to only enforce the law against people of a specific nationality, but the fact that this is a blanket policy that enforces existing law against everyone, it’s hard to argue against it legally, even if the result feels wrong, and even if there are many additional reasons not to have it.

So what to do in such a situation? Change the law. That’s where Congress is supposed to come in and come up with an answer. Sadly, however, these kids are being tossed around like a political football, with President Trump saying what’s going on is terrible, but blaming the Democrats for not agreeing to immigration reform. At the same time, Democrats put forth a bill that has the dressings of change we can believe in, but in reality wouldn’t change a thing.

An agent or officer of a designated agency shall be prohibited from removing a child from his or her parent or legal guardian, at or near the port of entry or within 100 miles of the border of the United States, unless one of the following has occurred:

It then lists situations such as when a court terminates guardianship rights, decides separation is in the best interest of the child. Other permitted situations would be if a child welfare official deemed it appropriate, or if a Chief Patrol Agent or the Area Port Director authorizes separation due to findings that the child is a trafficking victim, in danger of abuse or neglect by the parents, or that the adult in question isn’t really the child’s parent or guardian.

You know what isn’t mentioned anywhere in the bill in any context? What happens when the parents are being prosecuted for crimes. Feinstein does not want people prosecuted for improper entry, but what if the parents have drugs on them? What if they assault an officer? Should they be let free, or would they still face prosecution–and as a result, family separation? I asked Feinstein’s press secretary about this, and she said, “The bill does not speak to criminal prosecutions,” and, “Where there are criminal charges, parents could be turned over to federal authorities.”

So what is it even doing? Well, for starters, it’s something that Democrats will complain about when it doesn’t pass, letting them throw the football back at Trump.

The only part of the actual zero tolerance policy that the bill addresses is the reasoning for the separation. If passed, it would prohibit separation if it’s “solely for the policy goal of deterring individuals from migrating to the United States or for the policy goal of promoting compliance with civil immigration laws.” The problems there are 1) it ignores criminal immigration laws, and 2) as long as the administration continues doublespeaking, it will be tough to prove that deterrence is the sole intent for the current policy.

If someone wants to do something that could really make a change they could propose a bill with actual teeth. One that aims to modify or work alongside existing law to change how enforcement would work. Those on the left might suggest eliminating improper entry as a crime altogether, which would be a terrible idea and would never pass anyway. Instead, maybe something that allows for family detention if the only crime being charged is improper entry.

In what is perhaps a surprising move, Senator Ted Cruz (R-Texas) had the right idea with a statement he put out on Monday. Cruz is proposing a bill of his own that would allow for temporary shelters where families must stay together “absent aggravated criminal conduct or threat of harm to the children,” and additional judges to handle these cases in a speedy manner so that people who enter illegally can swiftly either be granted asylum or deported. No drawn out cases, no family separation.

It remains to be seen how Cruz’ GOP colleagues and his Democratic counterparts will receive this. President Trump has already spoken against it, but they can override him if a bill has enough support to overcome a veto. If they really want to end family separation, they’ll pass it. If they want to keep lamenting the current state of affairs while blaming each other for it until November’s elections, they won’t, and the kids will suffer as a result.

Ronn Blitzer is Senior Legal Editor of Law&Crime and a former New York City prosecutor. Follow him on Twitter @RonnBlitzer.