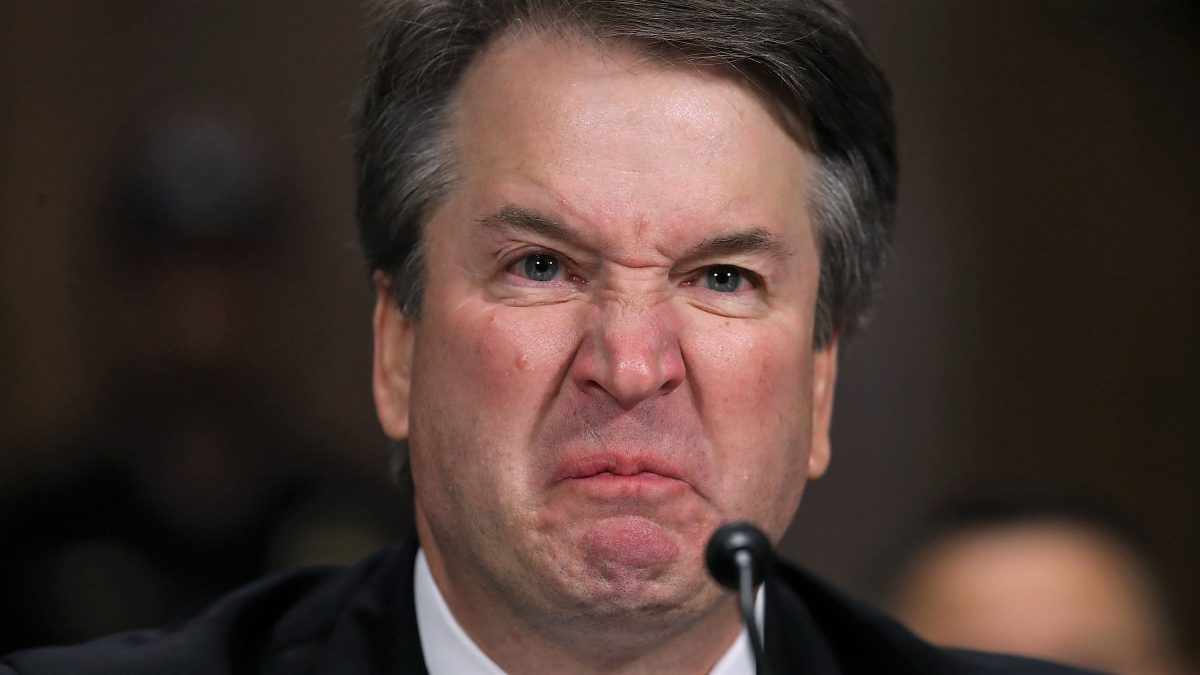 Justice Brett Kavanaugh just hired his clerks for next term, and while there’s been much fanfare about how the justice likes to surround himself with the ladies, the backstory on one of his clerks is making me twitch.

Back before we learned how much Kavanaugh likes beer, Yale Law School’s faculty was falling all over itself endorsing the Supreme Court nominee. The incessant accolades for what a “good guy” Kavanaugh is were a bit much to take, even before the nation saw Kavanaugh’s ready-to-burst-from-rage hearing persona.

One particular professor and self-congratulating Tiger Mom, Amy Chua, managed to really annoy people. Chua wrote an op-ed in the Wall Street Journal titled, “Kavanaugh is a Mentor to Women,” in which Chua piled on the praise for Kavanaugh’s commitment to mentorship. Amid Chua’s declarations of Kavanaugh as feminist hero, Chua slid in the little fact that Kavanaugh also happened to be her daughter’s boss. So it was a totally objective endorsement.

Later, Chua’s op-ed incited additional ire when reports broke that she and her husband had told Yale Law students that Kavanaugh likes his clerks to “look a certain way,” and that it’s “not an accident” that Kavanaugh’s law clerks “look like models.”

In her WSJ piece, Chua did try to knock Kavanaugh’s confirmation down a few rungs on the self-interest scale by remarking, “If the judge is confirmed, my daughter will probably be looking for a different clerkship.” Conspicuously absent was the clarification that “different” meant “same judge, different court,” and the fact that clerking for a judge who gets promoted is only a great thing for the career path of said clerk.

When Above the Law Executive Editor Elie Mystal penned his own op-ed, slamming Chua’s less-than-credible promotion of Kavanaugh, Chua’s daughter showed up to defend her mom.

We’ve reached the intellectual nadir of @YaleLawSch ‘s clannish support for #Kavanaugh with @amychua calling him a “mentor for women” b/c he hired her own daughter, and 10 other people from Yale that she knows. (by @ElieNYC)https://t.co/oRGmMSjJZa

Mystal’s commentary must have really gotten under her skin, because Sophia Chua-Rubenfeld took to Twitter for apparently the first time ever in order to respond:

Hi! Daughter here. Just to clarify your post: I was college ROTC, attended YLS on Army Ed Delay, and am joining Active Duty JAG after circuit clerkship (wherever that will be!). Won’t be applying to SCOTUS anytime soon bc will be in the Army. Proud of my brave mom as always. -SCR

Just under a year ago, Chua-Rubenfeld declared that she, “Won’t be applying to SCOTUS anytime soon bc [she] will be in the Army.” I guess “soon” is relative. Here we are eleven months later and she hasn’t just applied — she’s been chosen and announced as part of Kavanaugh’s incoming team.

Is it scandalous that a SCOTUS clerk changed her career plans? Certainly not. But this family seems hell-bent on appearing objective and independent, while simultaneously positioning itself as far up Kavanaugh’s judicial pipeline as possible. Congratulations to the incoming class of clerks, though.