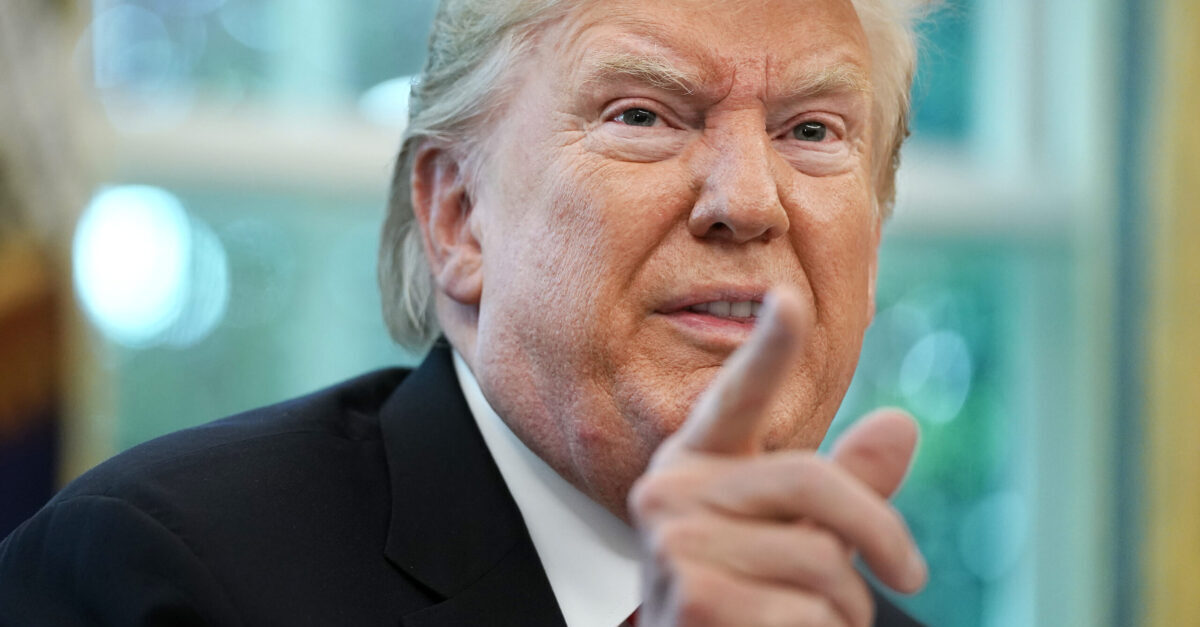 Donald Trump is at it again. The President of the United States is now promising suburban Americans everywhere that they’ll never again be inconvenienced by seeing those people hanging around in their neighborhoods.

“I am happy to inform all of the people living their Suburban Lifestyle Dream that you will no longer be bothered or financially hurt by having low income housing built in your neighborhood,” Trump tweeted on Wednesday. “Your housing prices will go up based on the market, and crime will go down. I have rescinded the Obama-Biden AFFH Rule. Enjoy!”

…Your housing prices will go up based on the market, and crime will go down. I have rescinded the Obama-Biden AFFH Rule. Enjoy!

As many were quick to point out, Trump’s statements equating an imagined suburban utopia with a landscape bereft of income diversity came across as patently racist, classist, and deeply offensive.

The racist apple doesn’t fall from from the redlining tree, I see.

Having been stripped of opportunities for generations in this country, people of color disproportionately need low income housing. They have every right to live the “Suburban Lifestyle Dream” that white people who fled the cities enjoy. Trump is, at his core, a white supremacist.

Translation: Trump thinks everyone who lives in the suburbs is as racist as he is.

Let’s translate this racist tweet: “White flight and de facto segregation will always be protected by the Trump administration. We’ll keep ‘those people’ in the inner cities and schools where they belong!”

What is disturbing on a deeper level is Trump’s implicit argument that the America of today will celebrate what the America of 40 years ago condemned. Trump knows better than most that racism and housing don’t mix under the law. When Trump was a young business owner, racial discrimination in the context of housing was the threat to his business and to his brand.

During the 1970s, Donald Trump, his dad Fred Christ Trump, and their family business were involved in a monumental case which alleged violations of federal housing law. The Department of Justice said the Trumps discriminated against minority individuals who were seeking apartments. Undercover government investigators say they exposed a pattern of discriminatory behavior:  Black and Latinx applicants were systematically denied housing at Trump properties; white applicants were given their choice of apartments.

It was a major case involving 14,000 Trump-owned apartments, nearly two years in court, and a settlement that even Trump himself had publicly vowed never to make.  In the end, the Trumps and the DOJ entered into a consent decree in which Trump and his business were prohibited from “discriminating against any person in the terms, conditions, or privileges of sale or rental of a dwelling” and were ordered to “thoroughly acquaint themselves personally on a detailed basis” with the Fair Housing Act. Under the settlement terms, the Trumps also had to place ads informing minorities they had an equal opportunity to seek housing at Trump properties. (Trump has since used newspaper ads in other ways.)

When Donald Trump was campaigning for the White House in 2016, the case from the 1970s was raised repeatedly.  His unconvincing response during the campaign consisted primarily of denying the seriousness of the DOJ’s case against him.  As I wrote back then, his nonchalant attitude was an act.  The case had been a major problem for him at the time, and any indication otherwise was just spin.

Trump’s recent promises to “suburban” America indicate just how much has changed in a few short years.

Trump certainly hasn’t forgotten his 1970s housing drama, but his perspective is markedly different.  Trump isn’t running for president.  He is the president.  Sessions — no, wait — Barr is the attorney general.  Trump can change executive orders and pressure changes to administrative rules and statutes — all so they mesh with the same objectives he had decades ago.  Trumpism has so infected America that blatant proclamations that would have been dismissed just four years ago may today result in a winning campaign platform.

The rule Trump claims was a bane for Suburban America is an Obama-era housing regulation designed to eliminate racial disparities in the suburbs.  The Affirmatively Furthering Fair Housing rule (AFFH), implemented in 2015, required localities to make plans that would specifically address housing discrimination in order to receive certain federal funding. For helpful background outlining the importance of the Fair Housing Act, check out this twitter thread by Julian Castro, HUD Secretary under President Barack Obama.

The Obama plan has had its critics, and when Trump took office, the 45th president’s administration began gutting the rule. HUD Secretary Ben Carson said AFFH was “unworkable and ultimately a waste of time for localities to comply with.”  AFFH has now been replaced with a new rule, called Preserving Community and Neighborhood Choice – which eases restrictions on localities.

In recent weeks, Trump has opted to make this issue a major campaign talking point.

The Suburban Housewives of America must read this article. Biden will destroy your neighborhood and your American Dream. I will preserve it, and make it even better! https://t.co/1NzbR57Oe6

As we approach November, I expect we’ll see more promises to “Suburban Housewives” and other such groups.  Until then, we’ll be watching for more information on that Suburban Lifestyle Dream.

Is suburban lifestyle dream a type of cola or is it a mild hallucinogen? pic.twitter.com/O5hQoeaJJZ

Not everyone knows this but Suburban Lifestyle Dream was Melania’s early stripper name. pic.twitter.com/3WCk7rSdH2

I don’t care what Trump says, “Suburban Lifestyle Dream” would be a killer name for the punk band I’m starting with @Frances_Fisher.