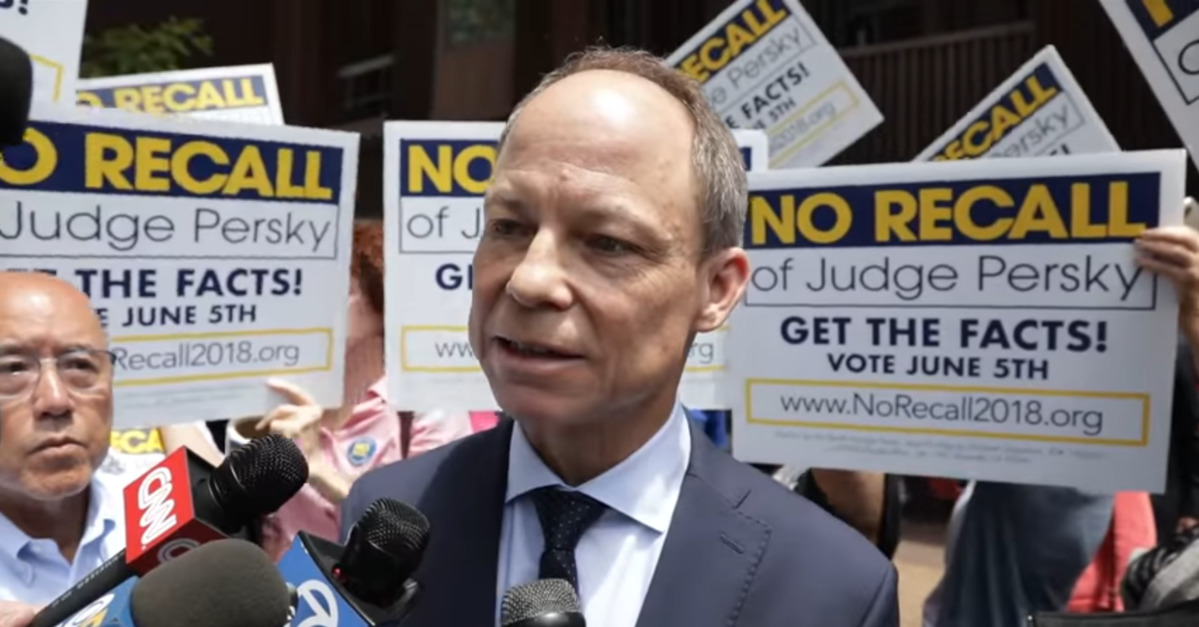 Former judge Aaron Persky is currently seeking donations from supporters to help pay his legal fees. Persky, readers may remember, incurred the wrath of many across the nation when he gave Brock Turner a six-month jail sentence on three sexual assault-related felonies in 2016.

A recall campaign began almost as soon as Persky handed down the lenient sentence. This campaign, led by Stanford Law Professor Michele Dauber, successfully removed Persky from office two years later–and apparently saddled the now-former judge with $135,000 in legal debt owed to Dauber’s lawyer. A series of lawsuits against the recall effort filed by Persky were ultimately found to be without merit and Persky is facing a December 31 deadline to pay that judgment.

According to The Mercury News, Persky’s email to supporters notes:

On June 5, 2018, I was recalled by voters after a well-funded, misleading, and extremely negative campaign by recall proponents. My campaign, which stressed the vital importance of an independent judiciary, received broad support from the legal community in Santa Clara County and beyond…I am writing to thank you for your support during the recall campaign, and to ask you to contribute to defray $135,000 in court-ordered attorney fees arising from the recall.

Titled “A Final Ask,” the email is directed to contributors of the “Retain Judge Persky” effort–which raised some $840,000 in donations to fight the recall campaign. The former Superior Court judge notes that the anti-recall campaign already spent those funds, however, and he’ll otherwise be forced to reach into his own pockets in order to satisfy the attorney’s fees judgment.

“My campaign committee has spent all its resources fighting the recall, and now must pay $135,000 to satisfy the attorney fees order, which is due by December 31,” the email reads. “I am writing to ask you to make a contribution to that effort.”

“I pursued the litigation so that Superior Court Judges would benefit from the same procedural protections as other state officers who face recall elections,” Persky said.

One of Persky’s supporters dismissed criticism of the effort.

“There’s nothing wrong with asking people, and people will pay or they won’t,” attorney James McManis–whose law firm represented Persky for free during the campaign–told the News. “I hope this works out for him. He’s been punished more than enough.”

“Judge Persky made the bad decision to repeatedly file frivolous lawsuits and appeals with the goal of stalling and causing expense,” Dauber said. “The court has concluded that he should be required to pay for that decision, and we are happy that our lawyer will be getting paid for his outstanding work in defending our constitutional rights, and those of the voters of Santa Clara County.”

According to the News, Persky was paid a yearly salary of $186,000 while serving on the bench. He would have been eligible for a $150,000 per year pension had he served another six years but now he’ll only be entitled to a lump sum refund of his prior pension contributions.