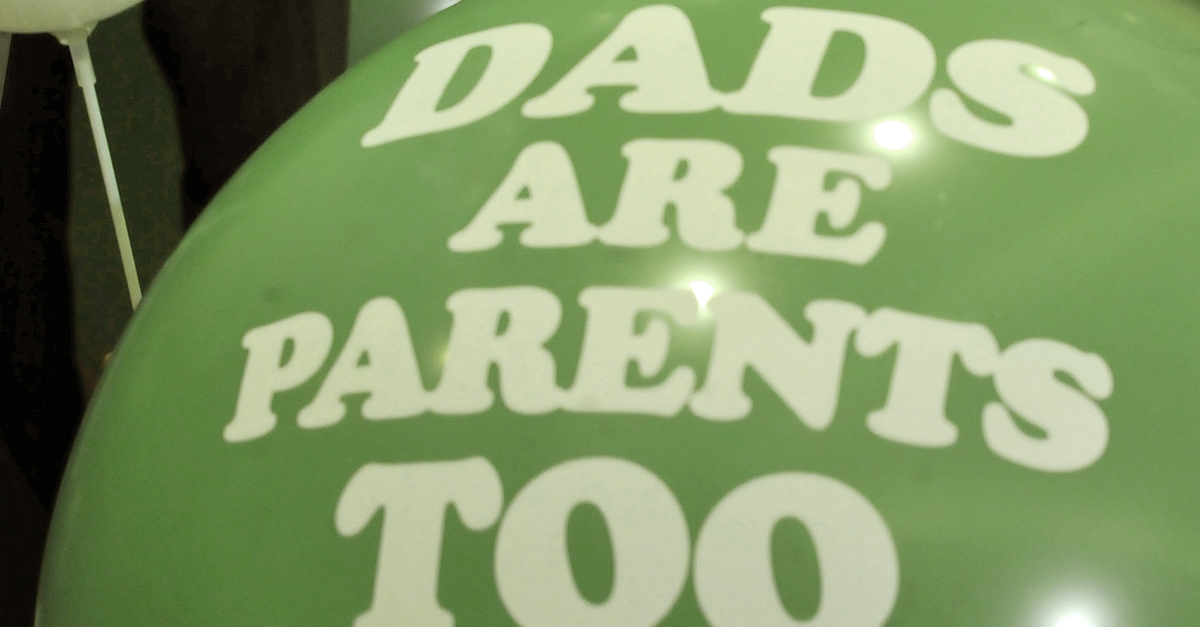 This case is like a legal rom-com gone wrong. Two former clerks of Supreme Court Justice Stephen Breyer married each other, had a baby, and have now become two disgruntled ex-lawyers from erstwhile Trump-favored law firm of note, Jones Day. Now the two legal eagles are pro se plaintiffs in a sex discrimination lawsuit against their former employer, and their plans appear to have gone terribly awry.

Mark Savignac and Julia Sheketoff claim that Jones Day’s parental-leave policy gives new moms more paid leave than new dads.  That discrepancy is a no-no, alleges their complaint, as it is rooted in “sex-based stereotypes.” What’s more, claim the plaintiffs, when Savignac spoke up to defend the rights of fathers the nation over, the firm fired him in retaliation.

After being terminated, Savignac tried to go all RBG on the firm, allegedly threatening to take the case public to show the world that Jones Day is living in the 1950s where the birth of a child constitutes “women problems.” Good try. The only problem is that while Savignac got the memo that we now recognize paternity rights, he apparently skimmed the part where only women go through pregnancy and childbirth – an item Jones Day was all too happy to point out in court.

In its motion to dismiss, the firm explained that it has a completely gender-neutral parental-leave policy. Birth parents get 10 weeks of paid leave, regardless of gender; adoptive parents get up to 18 weeks. Birth mothers may also request eight additional weeks under the firm’s short-term disability policy. Fathers don’t get those eight weeks, because, well, they aren’t recovering from childbirth.

The firm didn’t stop at simply defending itself, either. When it moved to dismiss the case, and its litigation team had some sound bites of their own to try out. Savignac wasn’t fired for complaining, the firm explained. “Actually, Jones Day fired him for poor judgment and immaturity reflected by his extortionate threat to harm the firm in the ‘court of public opinion’ unless it acceded to his unreasoned demand for the same disability leave afforded to women who give birth,” it argued.

The firm didn’t just say that in court, either. It also devoted a page on its website to explaining the case, which included this gem:

Ignoring both the law and biology, Mr. Savignac and Ms. Sheketoff complain that this generous family leave policy, which is fully consistent with guidance of the Equal Employment Opportunity Commission, perpetuates gender stereotypes because the Firm does not require birth mothers to submit medical evidence proving that childbirth has had a physical impact on them sufficient to justify disability leave. Neither the law nor common sense requires such intrusive disclosures. Jones Day’s adoptive leave policy, which is gender neutral, reflects the fact that adoptive parents face unique demands on their time and finances that differ from those faced by biological parents—such as extended foreign travel and adoption-related legal and administrative hurdles.

Ms. Sheketoff was a highly paid associate who made more than her husband despite the fact that her reviews from multiple partners were mixed, her contribution to billable client representations was below expectations, and her attention was focused on idiosyncratic concerns.

And since this is a firm with a well-documented Trump history, you know we’d have to talk about Sheketoff’s looks. Sheketoff had alleged that the firm doctored her website photo “to conform to the firm’s Caucasian standards of female beauty.” To this, the firm responded that Sheketoff chose her own photo, and denied having made any alterations.

Plaintiff in new discrimination lawsuit against Jones Day, the law firm that represents the Trump campaign, says the firm lightened her skin and narrowed her nose in a photo for its website, to make her look more Caucasian. Firm denies the allegation. https://t.co/K2SKpLMCgy pic.twitter.com/hx0BgEqiyc

As much as I empathize with parents looking to achieve that elusive work-life balance, there’s something weirdly satisfying about watching a plaintiff get smacked down when he complains that a monolithic law firm has treated him the way law firms notoriously treat lawyers. Am I saying that Jones Day doesn’t care about dads who need to bond with their new babies? Of course I am! But I’m sure their apathy is completely gender-neutral.

Look, if you’re looking for a family-friendly work environment, a corporate law firm isn’t it, no matter what lies their recruiter invents. These are places where associates keep pillows at their desks for mandatory all-nighters, where new moms simultaneously draft briefs while pumping breastmilk and sobbing, and where personal lives are viewed only as vehicles for signing new clients. If you’re looking to be home in time to read your baby Goodnight Moon, I suggest checking whether your local law school needs any adjunct professors.

As annoyed as I am over the utter frivolity of this lawsuit, I’m positively enraged over the implication that acknowledging the physical ramifications of childbirth is being characterized as “discrimination.” There are plenty of circumstances in which gender is irrelevant. But childbirth isn’t one of them. I’d like to cordially invite Mr. Savignac to take the hours spent drafting these briefs and use it to spend some quality time with his baby. The last thing women’s rights advocates need is a new dad insisting that things are just as hard on him as they are on the person who actually carried and gave birth to their child.