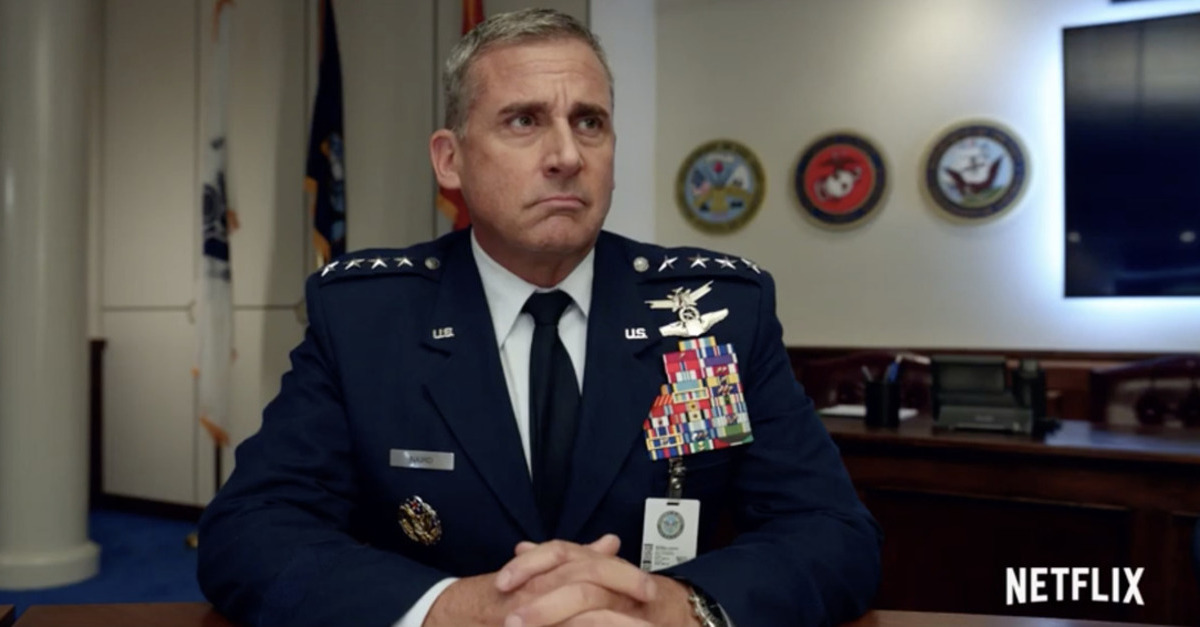 It was funny enough when Netflix launched its Space Force series starring Steve Carell and John Malkovich. But what’s going to be really entertaining is watching a potential Trump administration feud with Netflix over trademark rights for the show’s name.

There’s no immediate problem with a television show sharing a name with a military branch. Because a show is markedly different from a branch of service, it’s unlikely to confuse anyone (and confusion is the cornerstone of trademark law). Fans of Steve Carell aren’t likely to show up at the Space Force training center hoping to get an autograph, and fighting astronauts aren’t going to think Netflix is sponsoring their academy. And we knew this already. Paramount Pictures was able to register “JAG” as a trademark for their CBS show six times, and the federal government never complained.

However, what may become a problem, is merchandise. Should Netflix wish to sell Space Force swag, the Trump administration may suddenly wake up and want to stifle those sales.

Here’s a little background on the federal government and military trademarks.

For years, the federal government seemed asleep at the trademark wheel. Then, in 2007, it became considerably more aggressive. After the Department of Defense issued a directive, the Marines started shutting down Zazzle and CafePress for printing things with military logos, and imposing rules on Etsy sellers who did the same.

The question of whether the federal government would aggressively seek to protect and then license “Space Force” is especially interesting given that we’re talking about the Trump Administration. Many have opined that Donald Trump’s sole talent as a businessman is to create a brand and subsequently license the hell out of that brand for profit. Whether that’s the official administration position with regard to Netflix remains to be seen.

If the federal government and Netflix do end up tangling over trademark usage, it will come down to timing and nature of Netflix’s usage. Space Force was announced by Trump in March 2018, and then officially established as a formal organization in December 2019. Netflix greenlit the 10-episode series in January 2019, immediately submitted trademark applications for “Space Force,” and began streaming the show in May 2020. In March 2019, The Air Force applied to register the name for use on clothing, but the U.S. Patent and Trademark Office (USPTO) hasn’t made a determination. Netflix secured some international trademark rights in Europe, Australia, and Mexico — where trademark laws function differently.

Very likely, the USPTO would find that Netflix was using the name in January, while the federal government wasn’t truly doing so until the following December. Furthermore, because trademark law allows for parodies and satires, there’s a good chance that Netflix would have the right to use the name even if the federal government secures its trademark.

Season 1 of Space Force is currently streaming on Netflix. According to The Hollywood Reporter, an official Air Force spokesperson said that “At this time, we are not aware of any trademark conflicts with the fictional program Space Force produced by Netflix,” and “We wish Netflix and the show’s producers the best in their creative depiction of our nation’s newest branch of the military.”