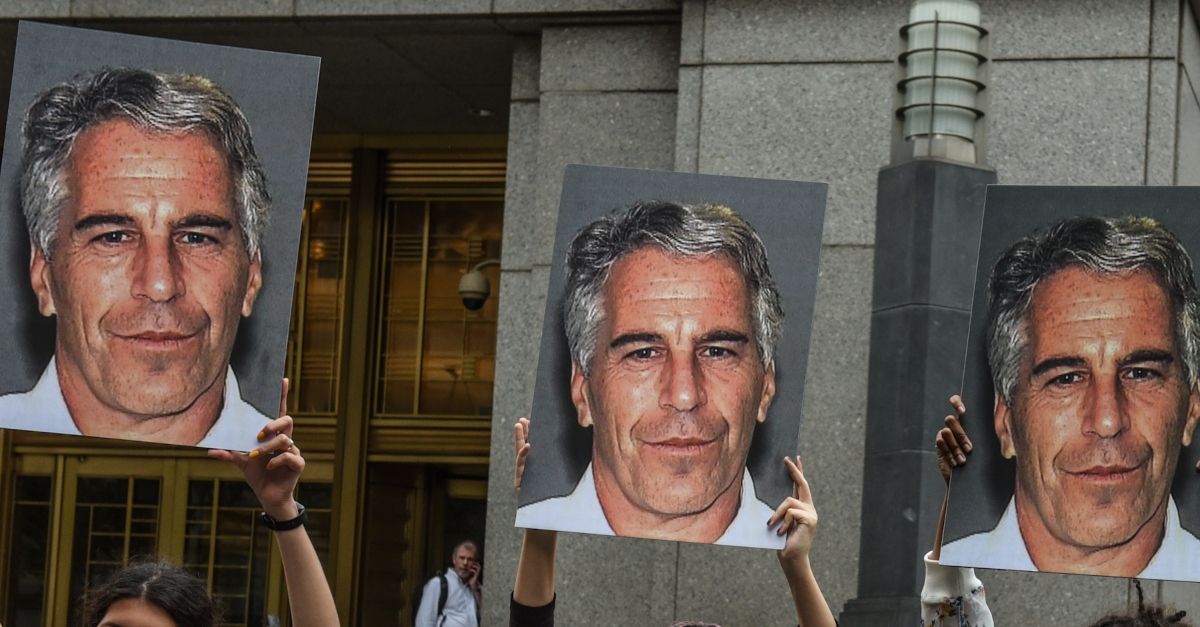 Jeffrey Epstein is Public Enemy # 1. By all accounts he should be. He allegedly trolled underage “girls” – make no mistake, they were “girls” if the allegations are true — and then used those same girls to troll other female “children,” as it were, to suit his sexual fantasies. There are several words for his behavior. All of them bad.

So why did Epstein escape a combined federal and state investigation with utter leniency? That is, a federal prosecutor outright declined to prosecute (“deferred prosecution to the State”) and a Palm Beach County prosecution resulting in deal where he served a mere 13 month sentence during which he was free to leave the institution up to 12 hours a day to run his business. Were Epstein’s lawyers better than their government opponents? Or was something more sinister at issue? The answers remain to be seen. Either way, back in 2010, the United States Attorney in Miami formally agreed to decline the prosecution of Epstein for at least some of the crimes at issue, thus barring his Office from ever prosecuting Epstein for that conduct. It seems that nothing could be clearer.

Comes now the United States Attorney in New York who, it appears, brings charges for at least some of the identical conduct, albeit dressed up slightly differently. And he boldly tells the public – and the court – in no uncertain terms that his Office is simply not bound by the agreement reached years ago in Florida. Now, the public understandably applauds given who Epstein is and what he has reportedly done to warrant – “deserve” is a better word — this second go round (or as his lawyer called it a “do over”).

Some, however, wonder why a New York prosecution isn’t simply barred by “double jeopardy.” But double jeopardy doesn’t apply at all. Epstein was never put in jeopardy – he didn’t plead guilty federally and no jury was empaneled against him federally – no case was ever initiated against him in federal court and thus the concept does not work here. And his Florida state guilty plea won’t help him either in a double jeopardy fight.

Others, though, maybe somewhat more sophisticated in such matters, say something else. They argue, as did Epstein’s lawyer at his arraignment this week, that the United States Attorney’s Office in New York and the United States Attorney’s Office in Miami are part of the same United States Department of Justice. So, shouldn’t the agreement executed in 2010 in Florida apply to bar New York from bringing charges? Shouldn’t Epstein be able to escape this second bite at the apple by the same Justice Department in New York? That sounds like a more compelling argument doesn’t it?

It seems clear that Epstein’s federal Florida “declination agreement,” by its own terms, only binds the Florida U.S. Attorney — even though the agreement cites Epstein’s then desire to resolved his criminal problems “globally.” Having said that, Epstein’s lawyer maintained at the arraignment that the 2010 Florida agreement was approved by high ranking Justice Department officials (presumably in Washington). It remains to be seen if that is true. But if true, how could it be that the matter was resolved with the (internal) sign-off of high ranking Justice Department officials with national responsibilities, yet New York federal prosecutors still have the right to indict him on facts and circumstances which are the same?

Put another way, how is that – again, if true – high ranking Justice Department officials signed off (albeit internally) on a settlement that only binds DOJ’s Miami office? Nonetheless, the case law is pretty clear, particularly in the Second Circuit Court of Appeals which would ultimately rule on this case: the federal Florida agreement will bind only the feds in Florida.

And let’s face it, Epstein is hardly the type of defendant toward whom a court would be sympathetic even if there were an arguable due process violation or arguable injustice resulting from repetitive investigations for much of the same, maybe overlapping, conduct.

Here, though, is the problem for the administration of justice that a highly publicized case such as Epstein’s might raise. Let’s assume another Epstein-type (whether pedophile or not) is being asked to plead guilty to some offenses in one federal district (District 1) but can be prosecuted for the same or similar conduct in another federal district (District 2) as well. Will he be willing to enter a guilty plea agreement in District 1 when the government might potentially prosecute him for similar conduct in District 2 and successfully argue that his agreement was only binding in District 1? Shouldn’t the Justice Department want to encourage guilty defendants to plead guilty, without worry that the government will pick up the ball and try a do over? It’s probably something the Department needs to think about when investigating, and resolving, criminal episodes with overlapping jurisdictions.

The irony is that it may well be that Epstein’s lawyers the first time around were simply “too good.” Meaning, had the federal case against him not been declined outright and had he been required to plead guilty in federal court and serve, say, two or three years, it is extremely unlikely that the feds in New York would have picked up the ball and initiated a new prosecution against him for similar conduct to which he hadn’t pleaded guilty (and therefore wasn’t covered by a double jeopardy bar).

As they say, though, it probably couldn’t have happened to a nicer guy!

Joel Cohen is a former state and federal prosecutor, and practices criminal defense law at Stroock & Stroock & Lavan LLP in New York. He is an adjunct professor at Fordham Law School, regularly lectures and writes on law, ethics and social policy for the New York Law Journal and other publications, and is the author of Broken Scales: Reflections on Injustice (ABA Publ. 2017).