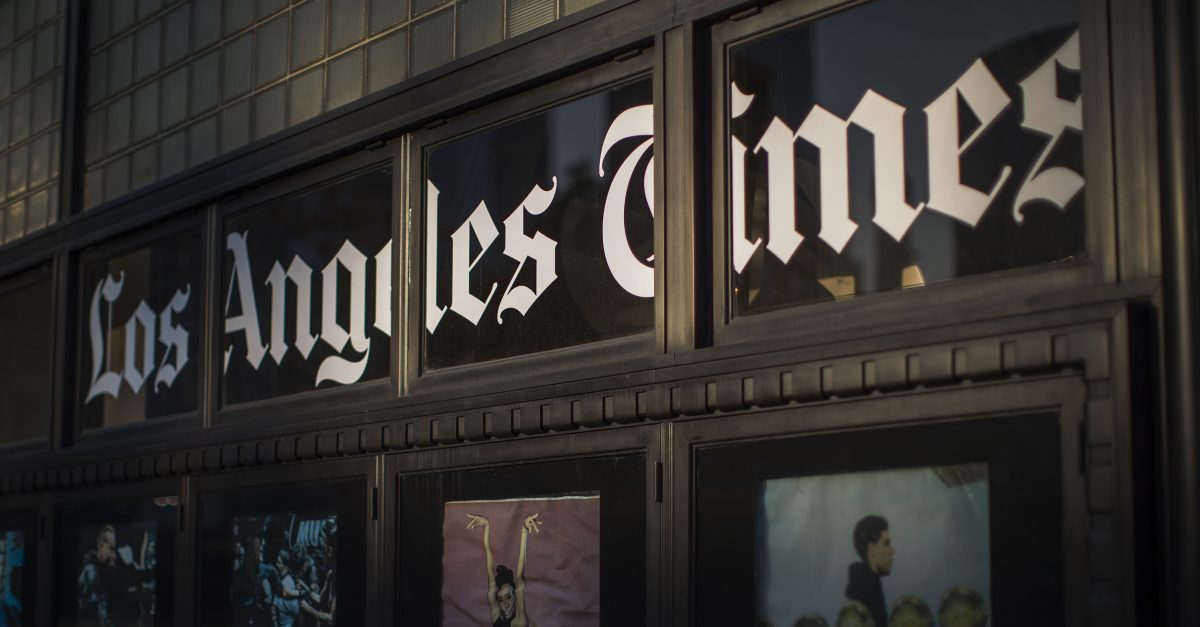 Over the weekend, U.S. District Judge John F. Walter ordered the Los Angeles Times to remove information it published from a court filing that had mistakenly been made public, when it was supposed to be under seal. If the idea of a judge forcing the press to do something like this sounds wrong to you, it should, because it’s a major First Amendment issue.

The information was from a plea agreement between prosecutors in Glendale, California and a detective who was accused of working with Mexican organized crime. The agreement was supposed to be filed under seal, but by mistake it was temporarily made available on PACER, the online federal court filing system where case records are published. The LA Times found the information on PACER and included the information in an article. Judge Walter then granted a temporary restraining order, forcing the newspaper to remove it.

The Times is appealing the judge’s decision, and the paper’s executive editor Norman Pearlstine spoke out against the order.

“We believe that once material is in the public record, it is proper and appropriate to publish it if it is newsworthy,” Pearlstine said. He added that he believes the order violates the First Amendment and will be overturned.

Pearlstine is right. The press enjoys significant freedom when it comes to publishing information, even information that it’s not supposed to have. Even in situations where a source acquires information illegally and passes it along to a reporter, the reporter is still allowed to use it. Here, the information was literally part of the public record, even if it wasn’t supposed to be.

Private information is leaked to the media on a pretty much constant basis, and it’s legal for them to report it. If the plea agreement had remained under seal but someone close to the situation told a reporter what was in it, there would be no problem with the reporter writing about it. Why on earth should it be different if the source was the court itself?

Now, one can argue that if the information was so sensitive that the judge agreed to keep it under seal, then the Times never should have published it in the first place. That may very well be the case, but ultimately that’s an editorial decision best left to the newspaper, not a legal decision that a judge should be making.

The Times published true information that was put on the public record. What’s done is done.  A judge absolutely should not be able to order them to change a thing. This decision should be overturned on appeal ASAP. Anything less would set a dangerous precedent for limiting freedom of the press.