April Tinsley’s Murder: This Is How Cops Say They Solved the 30-Year-Old Cold Case 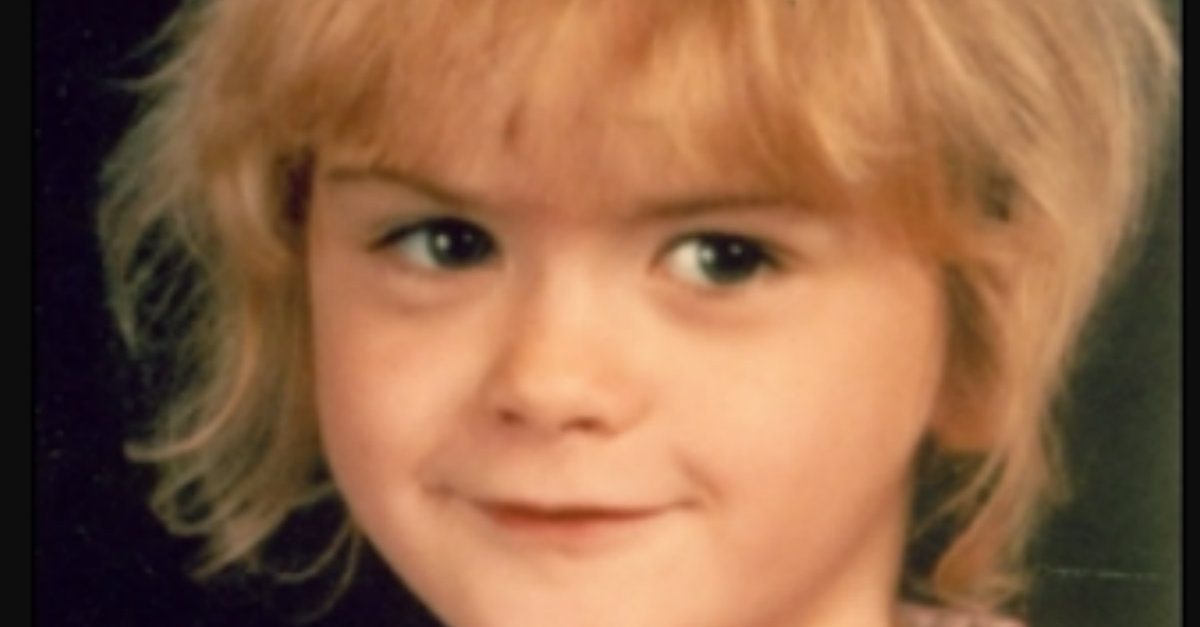 John D. Miller, 59, was arrested Sunday and quickly confessed to what he did, according to the probable cause affidavit. Until now, taunts comprised much of the evidence about Tinsley’s killer.

Tinsley’s mother reported her missing back on April 1, 1988 from their home in Wayne, Indiana, said the affidavit. Her body was discovered three days later northeast in a ditch along Country Road 68 in Spencerville. One of her shoes was discovered about 1,000 feet away from her body.

Medical examiners determined she died of asphyxiation, and had been sexually assaulted–forensic examiners discovered DNA from an unknown male, according to the affidavit. This was a homicide case, but there would be no development for over two years.

That changed on May 21, 1990. Detectives were called to the scene of a barn where someone wrote that they had killed “8 year old April M Tinsley did you find her other shoe haha I will kill agin [sic].”

Another 14 years passed until the next development. In 2004, four notes were left at residences around the Fort Wayne area, several of which were put on bicycles belonging to young girls, said the FBI. These notes were written on lined yellow paper, put inside bags with used condoms or Polaroid pictures of a man’s body.

“Hi, honey, I been watching you,” said a letter published by the FBI. The writer identified himself as Tinsley’s rapist and killer, and said that the reader would be his next victim. He threatened to blow up her home if police and reporters weren’t told about this.

A total of three used condoms were left behind by the killer, each one at a single residence, the affidavit said.

Invesigators determined through testing that the DNA on the used condoms was consistent with the profile developed from Tinsley’s underwear.

Cut to May 11, 2018. A detective commissioned Parabon Nanolabs, a DNA analysis company, to run another test. The company narrowed down the results to Miller and his brother, according to the affidavit. Detectives ran surveillance on this suspect’s home, took trash from his residence, and collected several items–including three used condoms, police said. The test linked the DNA found here to the 2004 and 1988 findings, the affidavit said.

Detective confronted Miller in front of his home on Sunday. He agreed to talk at the Fort Wayne Police Department even after being advised of his rights, and when asked if he had any idea why cops wanted to talk to him, he said “April Tinsley,” according to the affidavit. Investigators told him they matched his DNA to the evidence left behind in 1988, as well as the condoms left behind in 2004, cops said.

They asked him what happened to Tinsley, but he allegedly answered, “I can’t.”

Police say Miller admitted to the crime. He kidnapped her, sexually assaulted her, and choked her to death so she wouldn’t tell anyone, he allegedly told detective. She took about 10 minutes to die, and then he allegedly had sex with the corpse. He dumped her body along Country Road 68 on April 2, 1988, and returned the next day after because he hasn’t seen it on the news, he said in the affidavit. Miller allegedly admitted that at this time, he discovered one of Tinsley’s shoes in the car, and tossed it out along the ditch.

Miller remains at Allen County Jail on no bond for one count each of murder, child molestation, and criminal confinement of a victim under 14 years of age. He attended an initial hearing Monday morning, and is scheduled for another one scheduled to take place Thursday, according to Indiana state records obtained by Law&Crime. He has no attorney of record.

Parabon Nanolobs is the same company that recently used DNA to build a composite image of a suspect in the unsolved 1976 murders of 24-year-old Ellen Matheys, and her fiancé 25-year-old David Schuldes. Matheys was sexually assaulted before her death, said Marinette County deputies in Wisconsin. In another similar case, investigators in California said they were also to solve crimes committed by the “Golden State Killer” by linking DNA left at the scenes of his crimes to trash left by suspect Joseph James DeAngelo.