This Week on the ‘Objections’ Podcast: A Storm of Threats to the Ballot Is Brewing and SCOTUS Battered the Umbrella, Voting Rights Advocate Says 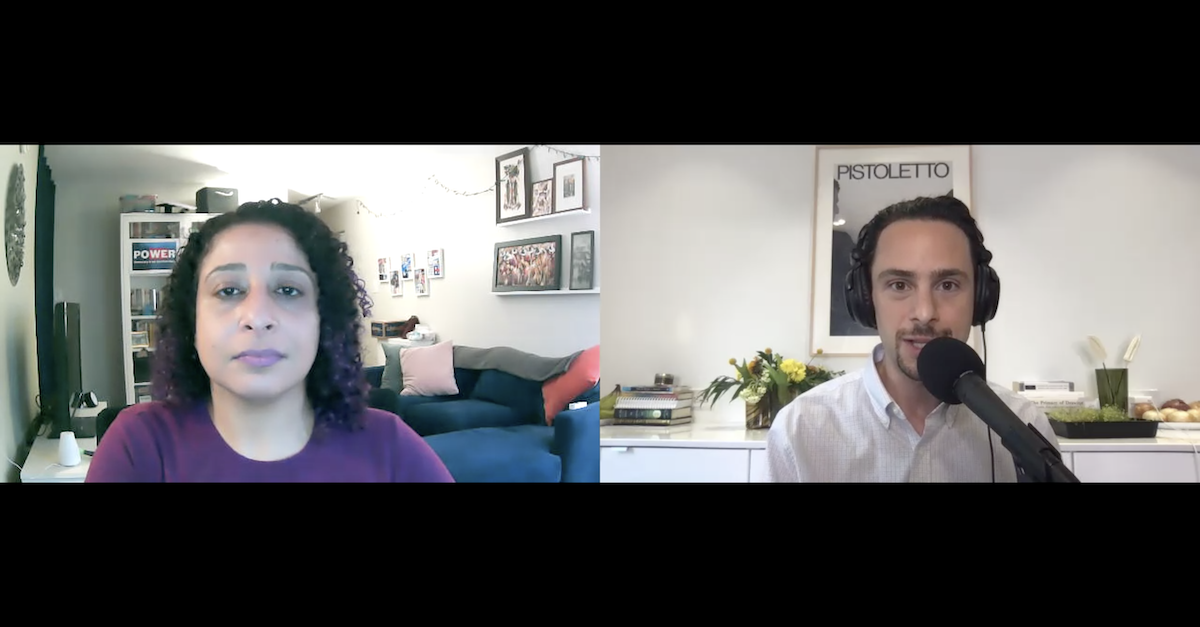 Common Cause director of voting and elections Sylvia Albert speaks with Law&Crime’s Adam Klasfeld on “Objections.”

When the Supreme Court gutted an important passage of the Voting Rights Act in 2013, then-Justice Ruth Bader Ginsburg penned an immortal line in dissent to the majority’s opinion that U.S. society had advanced beyond the need for the law’s protections.

The Justice Department previously needed to approve voting laws for signs of discriminatory effect, but Chief Justice John Roberts struck down this requirement as unconstitutional in Shelby County v. Holder.

“Throwing out preclearance when it has worked and is continuing to work to stop discriminatory changes is like throwing away your umbrella in a rainstorm because you are not getting wet,” Ginsburg wrote.

Some eight years later, statehouses across the United States are considering hundreds of voting restrictions based on that law, and a director of one of the nation’s most prominent voting rights group notes that a new Supreme Court ruling threatens to unleash a similar wave of restrictions on voting.

“We’re about to be soaked to the bone,” Common Cause’s director of voting and elections Sylvia Albert said in the latest episode of the Law&Crime podcast “objections.”

According to the Brennan Center, state lawmakers have either carried over, prefiled, or introduced 253 bills with provisions that restrict voting access in 43 states, as of Feb. 19th of this year. Much of this legislation has been fueled by myths of voter fraud in the 2020 election, which have never been substantiated by the courts.

Some of the bills pushed by predominantly GOP-dominated state legislatures have tried to limit who can vote by mail, make it harder to obtain ballots and facilitate removing voters from the permanent absentee list. This has largely sprung from a perception that mail-in ballots are susceptible to fraud, even though substantiated cases of voter fraud have been vanishingly rare.

Arizona’s attorney Michael Carvin had begun to argue that such a measure was necessary to prevent fraud when Justice Sonia Sotomayor cut him off mid-sentence.

If the Supreme Court’s conservative majority finds in Arizona’s favor—as is widely anticipated—Albert warns that the court might gut the last section of the Voting Rights Act that “still has teeth.”

“So this is the part of the Voting Rights Act that says if you can show discriminatory intent and discriminatory effect, then you’ve got the silver bullet. You’ve shown what you need to stop bad bills that have negative effects on communities from going forward,” Albert said. “And if you take that away, then we have no way whatsoever to stop, rampant obvious, flagrant, racist voter suppression laws.”

Senate Democrats hope to pass two pieces of legislation on voting: the H.R. 1 For the People Act and the H.R. 4 John Lewis Voting Rights Act, bills that have no Republican support.

Albert calls the theory suggesting that Republicans lose when ballot-access is expanded a misguided one.

“It is, I find, ironic that Republicans were successful up and down the ticket except with regard to President Trump, but they have still kind of doubled down on the idea that voter turnout means that they lose,” Albert added. “It’s sort of a theory that’s been floating around in the ether for a long time, that if more people turn out, Democrats will win. We saw record turnout this past year. We saw from people on both sides of the aisle, but it’s still being taken as gospel, and legislators are moving forward with that intention.”

In the podcast, Albert breaks down bills in statehouses across the country to limit ballot-access, the Supreme Court backdrop and the countermovement to expand voting rights.