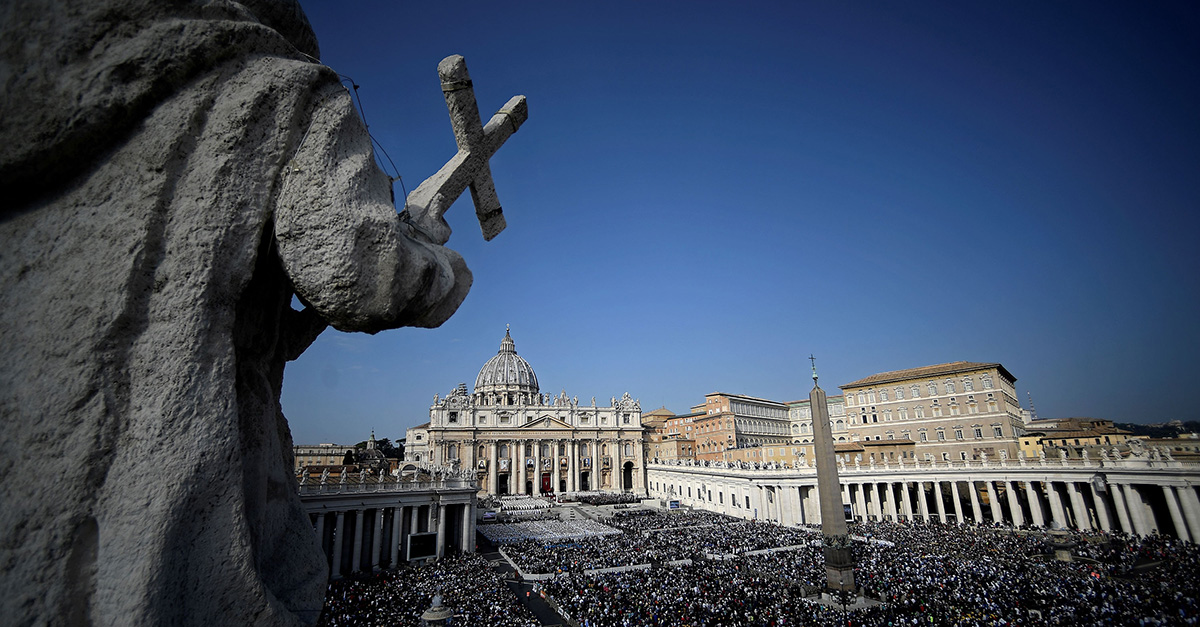 Thousands of priests preyed upon an estimated 330,000 victims of childhood sexual assault in France over the past 70 years, according to a French report released on Tuesday.

Jean-Marc Sauvé, the president of the Independent Commission on Sexual Abuse in the Church, said the report uncovered a “minimum estimate” of between 2,900 and 3,200 pedophile priests, but only 22 alleged cases reportedly have been referred to prosecutors because of the statute of limitations.

Advocates for survivors reacted to the report’s findings with “awe” at the scale uncovered.

“These are astonishing numbers that demand immediate reform within the Catholic Church in France and worldwide. Report after report, country after country, state after state, we learn of horrifying stories from survivors and of the devastating effects that abuse has had on victim,” SNAP, a Chicago-based group whose name stands for Survivors Network of those Abused by Priests, said in a statement.

According to SNAP, “extensive secular vetting” has taken place in three countries: France, Australia and the United States. These countries have acknowledged finding 12,400 abusive priests, numbers that the group says continue to climb.

Since these countries comprise nine percent of the world’s 1.2 billion Catholic population, SNAP extrapolated that they would expect more than 120,000 abusers in the Church and 1.2 million victims across the globe.

“We also believe these staggering numbers should drive parishioners and the public to press for a stronger response from secular authorities in France and inspire other still-silent victims and witnesses to come forward,” SNAP said. “Based on this investigation and reports we have seen issued by other countries, we believe that there are likely many more survivors who have yet to make their outcry in France, and we hope that this initial news will remind them that they are not alone and that there are people who will believe them and support them.”

According to ABC News, the head of the French bishops’ conference asked for forgiveness from the victims, about 80 percent of whom the report said were boys.

Boston-based attorney Mitchell Garabedian, a lawyer for thousands of victims, said: “Supervising priests complicit in the cover-up of clergy sexual abuse are just as inexcusably responsible and guilty as pedophile priests.”

“The names of all pedophile priests and complicit supervisors should be released immediately so that victims can try to heal and children can be kept safe,” Garabedian added. “You have what is purportedly the most moral institution in the world being the most evil and heartless.”

For Garabedian, the severity of the problem shows that internal reform will not work.

“To trust the Catholic Church to now self-police and change its ways is folly,” he said. “Any victim of clergy sexual abuse should just call the police immediately to report the sexual abuse.”

In 2002, the Boston Globe’s Spotlight team published a watershed series on childhood sexual abuse within the Catholic church, an investigative effort dramatized by the award-winning film of the same name. Garabedian, portrayed in that movie by actor Stanley Tucci, has settled more than 2,000 clergy sex abuse cases over the ensuing two decades and currently represents an alleged victim in a civil case against ex-Cardinal Theodore McCarrick.

The highest ranking Catholic official ever prosecuted for alleged child sexual abuse, McCarrick currently faces allegations that he sexually assaulted a 16-year-old boy during the wedding reception of the victim’s brother in 1974. McCarrick and an Opus Dei priest were sued civilly in New York County Supreme Court in August.

“All pedophiles who have links to the Catholic Church must be publicly outed, along with their complicit supervisors, and punished through the courts,” Garabedian said.